An idea for Russia – can Lithuania present it?

1
Žygimantas Pavilionis
aA
Recently we have been looking for an Idea for Lithuania. However often they are created in a vacuum where it appears that Lithuania does not live surrounded by various friendly or unfriendly neighbours which have various interests. Those ideas, however good, do not include geopolitics and international relations, upon which the development of our state greatly depends. 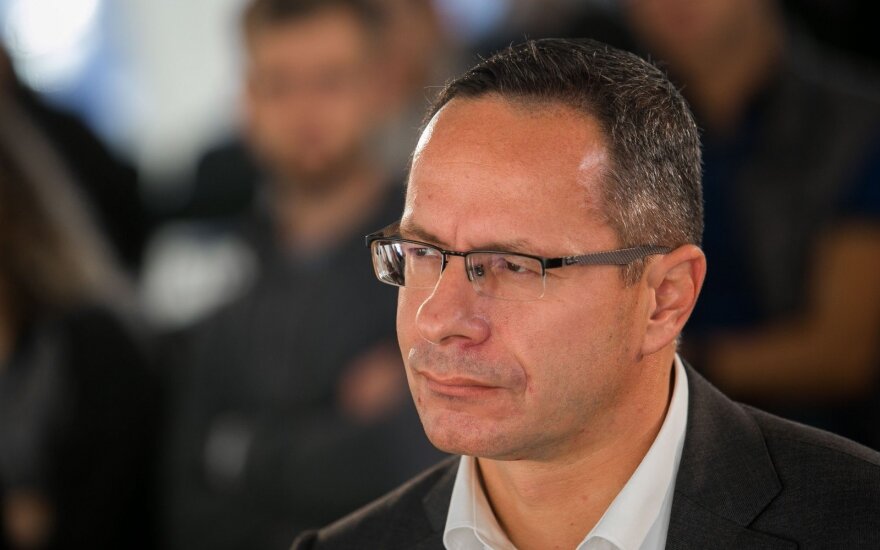 Unfortunately when seeking for an idea for Lithuania we do not even attempt to seek an idea for Russia which it appears will likely be unable to find itself. We fear to even consider democracy in our neighbour in the East, but at the same time we easily imagine and see the democratic futures of other neighbours – Georgia, Moldova and Ukraine.

Related articles
Why do the current sanctions against Russia not stop the war in Ukraine?  (1)
Lithuanian security chief: We must avoid hysteria when discussing threats

I already hear sceptics ask what we, so small, can do, but I wish to stress that good ideas have neither size, nor borders.

For a time now we have actively propagated the idea of Ukraine in the most powerful capitals in the world called the Marshall Plan for Ukraine, at one time we also were one of the initiators of Eastern Partnership. We all put much effort into reaching these results and in the future even more work awaits. All of this was successfully implemented and accomplished when we had a broad agreement among our political parties in the left and right. In all geopolitical questions we would reach agreement since the time of Sąjūdis, be it re-establishing Lithuanian independence or integration with NATO and the EU, be it attitudes to our nearest neighbours or the Marshall Plan for Ukraine.

Could we find a strategy, idea, hope or political direction for Russia? Because it appears that she not only has a strategy for us, but is also successfully implementing it, while we only react and often inadequately. In Brussels we still argue regarding Nordstream-2 or the so-called Magnitsky Act, with which we remind the Kremlin mafia of their crimes to humanity, democracy and human rights, clearly stating that accountability for their crimes will have no borders. The Russian military is establishing itself in one way or another in nearby countries, particularly those which clearly declared their Western pursuit. It is continuing to aggressively exploit its military, energy, information and cyber weapons against its nearest neighbours. During the last decade, Russian aggression has expanded far beyond the region typical to Russia – from Syria (where Russian controlled military bases allow the Syrian dictator's forces to launch chemical attacks against Syrian civilians) to the wide refugee roads to Europe (controlled by Russian intelligence officers aiming to sow confusion and tensions in Western countries) or even to the elections in Washington. Human rights in Russia are undermined, democracy – destroyed or being destroyed including in neighbouring countries and the whole world by employing various mechanisms of cooperation between autocratic states on a regional, international and even trade level.

Increasingly often calls appears in Lithuania to accept this situation, yield to fate, not oppose and come to terms with this aggression, take it as inevitable. Getting used to Russia aggression or occupation, with the "Ukrainian conflict", "Georgian conflict" and such as if those states are to blame that Russia attacked them and continues to assault them. Both in the USA and in Lithuania, just as in other countries, such fits of coming to terms with the Kremlin often repeat with the arrival of a new government. No doubt such tests await us in 2019 and 2020.

Before we make yet another mistake and urge the Kremlin's appetite even more, do we have any hope to discover a new policy regarding Russia? What would be the foundation for this? How should we reboot relations with Russia to halt, rather than encourage its aggression?

We have to distrust the Putin regime. Putin has breached all agreements – peace agreements in Georgia, Ukraine and Syria were not upheld, not to speak of breaches of fundamental international law (UN, OSCE, European Council) or the 1987 Intermediate-Range Nuclear Forces Treaty. These systematic breaches show that it is impossible to negotiate with Putin because he upholds no agreement. Putin has clearly stated that he is not bound by any agreement made by Russia before. Putin is not interested in his country's national interests. He cares only about his own interests, thus we should cease identifying Russia with Putin and maintaining contact with him as the country's leader. No doubt diplomatic relations must continue, but we should forget illusions of broader cooperation. Our values and Putin's are diametrically opposed and as long as Putin remains in power, relations with Russia will be naturally limited.

The Russian nation must choose its leader itself, but the West must clearly pursue such a leader in Russia, who would respect his citizen's rights, fight corruption, rather than encouraging or exporting it, would respect the sovereignty and territorial integrity of neighbours, would condemn, not organise or perform mass breaches of human rights and war crimes in other countries, would admit that good relations with the West demand upholding the norms of international law and principles. The West have no opportunities to change the regime in Russia, however this regime is very brittle, thus the West must be prepared for unexpected changes in Russia and must prepare for such scenarios.

In summary we must return to the earlier effectively employed Russian obstruction policy which would be encompassed by renewed US leadership, increased sanctions against the Putin regime, strengthening neighbouring countries (US military presence in Poland and the Baltic States, continuing NATO and EU expansion, military and economic aid to Georgia, Ukraine and Moldova), fighting against human rights breaches in Russia and actively continuing direct dialogue with the Russian people, investigating corruption links with Russia, increasing US LNG and oil exports, neutralising Russian propaganda.

We will be creating such an idea for Russia on November 6 when David Kramer, long-time aide of former US President George Bush and Senator John McCain in forming US policy on Russia and former head of Freedom House comes to Lithuania. We will discuss with him whether it is necessary to relinquish constant relations improvement with the Kremlin. We will raise questions whether by improving relations with the Kremlin we strengthen Russian aggression in the region and destabilise Europe. Should the leaders of the Western world really improve relations with Putin or should Putin himself improve relations? Is the Kremlin and Putin enacting all the peace agreements? How do you interact with a leader such as Putin?

The role of Lithuania is and will be essential in forming the policy of the transatlantic family in our region. Namely policy, not accommodation. I hope that the "Magnitsky Ammendments" in the Foreigner Legal Status Law which we should pass in the Seimas by Novemeber 16 on the eighth anniversary of Magnitsky's murder will be an important step in this direction.

Why do the current sanctions against Russia not stop the war in Ukraine? (1)

Lithuanian security chief: We must avoid hysteria when discussing threats

Darius Jauniškis , the director of the Lithuanian State Security Department (VSD), says that...

EU has no legal tools to halt Nord Stream 2 - Vestager

Expansion of the Nord Stream 2 gas pipeline is not in the interest of the European Union, however,...

What Georgia, Moldova and Ukraine want from the Brussels Summit

In pursuit of Eastern European leadership – political experts are sceptical