...
BNS
aA
With only 700 coronavirus reagents left in Lithuania, not all samples taken at mobile checkpoints might be tested, the head of the country's National Public Health Surveillance Laboratory, says. 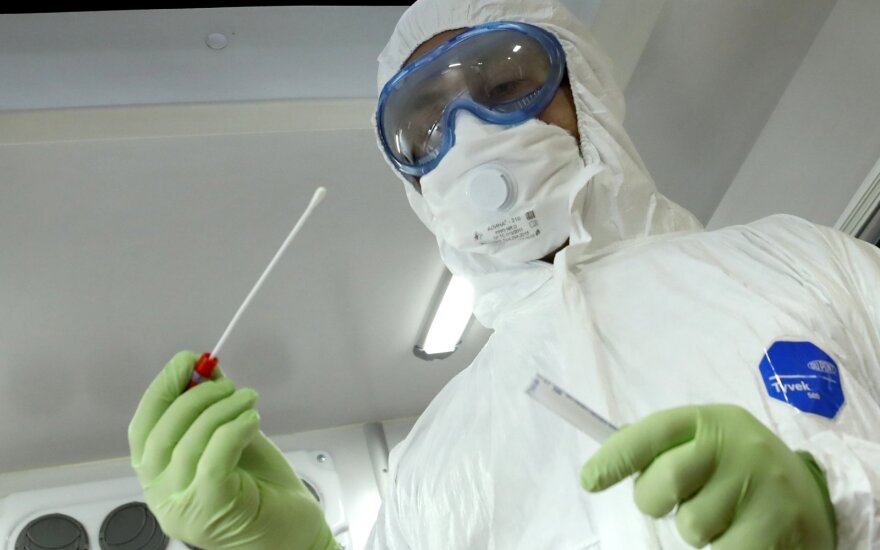 "We will probably not test the ones we have taken at mobile checkpoints today and we will leave reagents for … medical establishments," he told BNS.

The Health Ministry said on Sunday that, all in all, 2,086 koronavirus samples have already been tested in Lithuania, and 384 samples were taken on Saturday, with Zimnickas saying that "we will try to keep the same pace".

Meanwhile, Vice Minister of Health Algirdas Seselgis said on Saturday there were 1,300 remains reagents. The Health Ministry plans to provide more detailed information later on Sunday and explain the discrepancy in these numbers.

Zimnickas said reagents are already underway from China and the United Kingdom.

"They are underway. I have morning information that the plane is underway, bringing over 5,000 reagents. Where it is now I cannot say. We see that the shipment is on the plane from China. It left yesterday. It should be somewhere in Europe today," the laboratory director said, adding that reagents for 10,000 tests are underway to Lithuania via "two or three channels".

"The other channel is from a closer point (from the UK – BNS)," Zimnickas said.

In his words, the delivery of reagents is facing problems due to disruptions in the supply chain.

On Sunday, 22nd March, 38 new coronavirus cases were confirmed in Lithuania. So far, there are 143...

The first coronavirus cases have been confirmed within the Lithuanian army as a civilian staff...

Lithuania's government on Sunday decided to allow foreigners to cross the country in transit until...

Lithuanians returning from abroad will be quarantined at municipal premises

Lithuanians returning from abroad will have to be isolated at designated municipal premises to slow...