BNS
aA
A total of 545 medics are now self-isolating in Lithuania, mainly in Vilnius County, because of contact with a suspected or confirmed coronavirus case, Daiva Razmuviene, an epidemiologist from the National Public Health Center, told BNS. 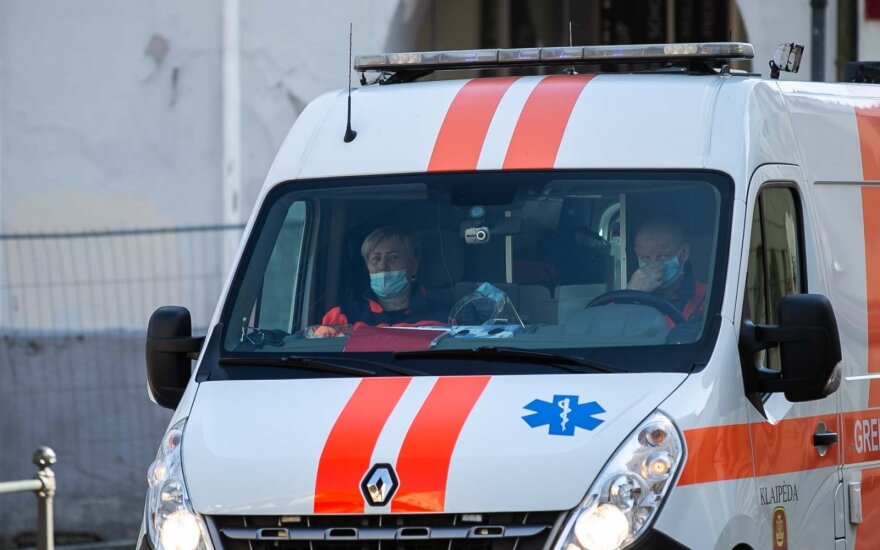 "To this date, we have 545 and the majority of them, 377, are in Vilnius County. There are counties, like Alytus and Taurage, were there are no medics put on the list of those self-isolating," she said.

There are 60 self-isolating medics in Klaipeda and Panevezys Counties each, and 20 in Marijampole County. The numbers are lower in other counties and are below a dozen.

Razmuviene said she had no information on a total number of medics with confirmed coronavirus infections.

It was reported earlier that a pregnant intern working at Santara Clinics had contracted the virus, as well as a family of medics raising a 3 year-old child.

Also, eight medics from Ukmerge Hospital have been confirmed to have contracted the coronavirus, and over a half of the total number of 300 medical staff at the hospital are self-isolating.

A patient was diagnosed with the virus in Kaunas Clinics, forcing 77 medics to self-isolate. Egle Audickaite, spokesman for the hospital, told BNS 41 health care specialists have so far been tested and their results all came back negative.

In Panevezys, 51 medics had to self-isolate after a patient was confirmed to have contracted the virus. They have not developed any symptoms and the initial tests came back negative, and tests are being now repeated.

There have been reports on infected medics from Ignalina and Seskine Polyclinic in Vilnius.

Almost half of patients under 40

Based on the existing data, 49 percent of coronavirus patients in Lithuania are under 40. "The majority of cases involve those under 40, but there are also a number of cases, around 40 percent, involving those between 40 and 60 years of age. Those above 60 remain the smallest share," Razmuviene said.

3 percent of cases involved children under 16.

"In terms of health state, what we have today, in terms of those diagnosed, their state is of medium or light severity," the epidemiologist said.

Part of people are staying and undergoing treatment at home.

Based on the latest data, there are 290 confirmed coronavirus cases in Lithuania. Four people have died, and one has recovered.

The Lithuanian central bank forecasts that the economy may contract between 3.4 and 20.8 percent...

A total of 299 coronavirus cases have been confirmed in Lithuania as of Thursday evening, the Health...

The Lithuanian government approved on Wednesday a legislative package allowing it to regulate prices...

Number of confirmed coronavirus cases rises to 344 in Lithuania

A total of 344 coronavirus cases have been confirmed in Lithuania by Friday morning, the country's...

Intersurgical, a Lithuanian designer, manufacturer and supplier of a wide range of high quality...