BNS
aA
A total of 507 Belarusian citizens have been allowed to come to Lithuania on humanitarian, the Interior Ministry said on Wednesday. 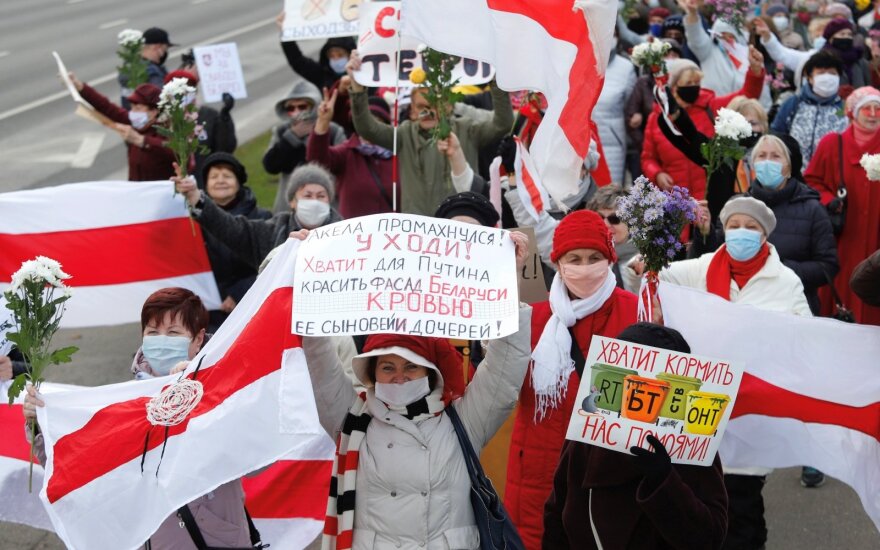 "The figure is constantly changing and we are issuing permits to come to Lithuania every day. As protests show no signs of calming down, people decide to leave Belarus. But these people can return to their country, once they are out of danger," Interior Minister Rita Tamasuniene was quoted as saying in the statement.

Out of the 507 people that have been granted permits to come to Lithuania on special humanitarian grounds under the minister's order, 139 Belarusian citizens are already in Lithuania and 34 have asked for asylum.

Such permits are issued under the interior minister's order upon receipt of a motivated proposal from the Foreign Ministry to let a foreigner come to Lithuania on special humanitarian grounds, for example, political circumstances or other threats. Such permits are issued to people who have been affected by the regime's repressions and persecution, active opposition representatives.

The Lithuanian Cabinet introduced an exception for Belarusian to come to Lithuania for special humanitarian reasons in the middle of August after the Belarusian regime launched a brutal crackdown on peaceful protests.

Belarusians willing to come to Lithuania for humanitarian reasons need to turn to the Lithuanian Embassy in Belarus for a Schegen visa and provide information confirm the humanitarian reason. A Schengen visa allows its holder to enter the Schengen Area and stay for the time identified in the visa but no more than 90 during any 180-day period from the date of the first entry to the territory of Schengen countries.

Moreover, Belarusian citizens can come to Lithuania and ask for asylum if they feel persecuted or there's a real threat to their security and life. Foreigners can lodge asylum requests at a border checkpoint, with the State Border Guard Service or the Migration Department.

Once a request is processed, a person can be granted the status of a refugee or additional protection and be issued a residence permit in Lithuania.

Belarusian swimmer Alexandra Herasimenia is seeking to pool support in Vilnius for athletes who...

Five diplomats from Minsk recalled under pressure from Belarus

Lithuania’s Foreign Ministry has decided to recall some of its diplomats from Minsk , although...

Hope and Freedom Prize for Belarusian journalists established in Lithuania

Lithuania's Vytautas Magnus University says it is establishing a support fund and will accept 50...