...
BNS
aA
22 millionaires are running for Lithuania's parliament, with Ramunas Karbauskis, leader of the ruling Lithuanian Farmers and Greens Union, being the richest, followed by Antanas Guoga, representing the Labor Party, and Remigijus Lapinskas, leader of the Lithuanian Green Party, according to an analysis of candidates' asset and income declaration, carried out by the Central Electoral Commission. 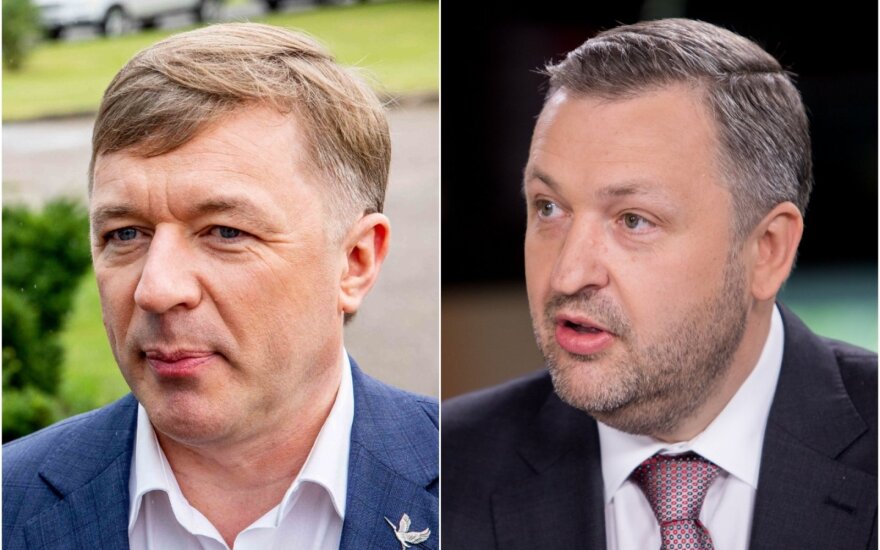 The LFGU also leads in terms of the total value of candidates' assets (around 45.2 million euros), followed by the Labor Party (around 32.6 million euros) and the conservative Homeland Union – Lithuanian Christian Democrats (around 20.8 million euros).

The Lithuanian People's Party has the lowest total value of candidates' declared assets, standing at around 2.3 million euros. It is followed by the Way of Courage party with some 3.6 million euros, and the Union of Generational Solidarity-Joint Action for Lithuania with some 4.2 million euros.

The Electoral Action of Poles in Lithuania – Christian Families Alliance, the Freedom and Justice party, the Union of Generational Solidarity-Joint Action for Lithuania have one millionaire candidate each, and another two candidates with assets over 1 million euros run for parliament as independents.

LFGU leader Karbauskis is the richest candidate with 24.3 million euros in assets, valuables and cash, excluding lent and borrowed funds.

93 candidates have stated as having no assets at all, the CEC said.

Lithuanians will elect a new 141-seat parliament on October 11, with 70 lawmakers to be elected under political parties' lists and another 71 to be elected in single-member constituencies.

The Lithuanian Labor Party has named Vigilijus Jukna , a former agriculture minister, as their lead...

More than 40,000 Lithuanians have registered for voting abroad 126

More than 40,000 voters have registered for voting abroad since the beginning of registration for...

Early voting in parlt election starts extended due to coronavirus

Extended four-day early voting in the parliament election starts in Lithuania on Monday, held to...