11 Belarusians ask for asylum in Lithuania

BNS
aA
Some 11 Belarusian citizens have asked for asylum in Lithuania recently. 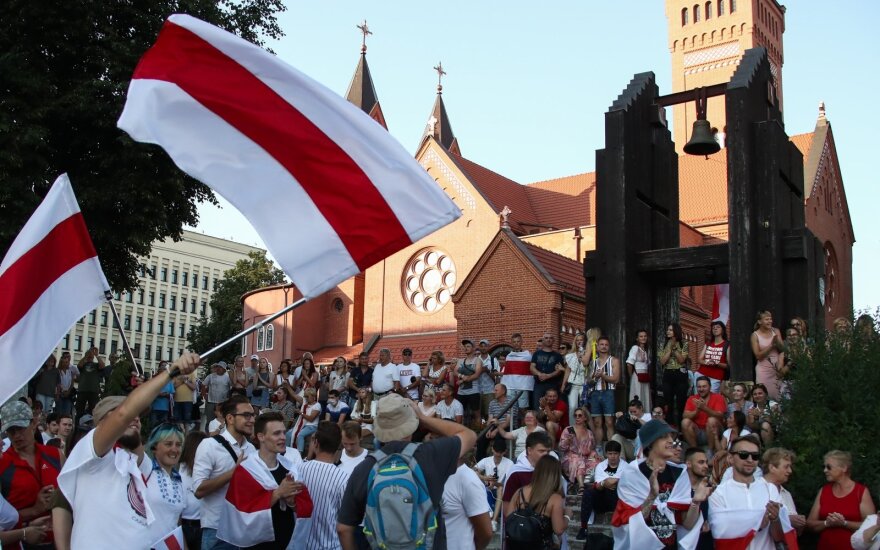 "At the moment, following those events, after the election, 11 Belarusian citizens have asked for asylum in Lithuania," Evelina Gudzinskaite, head of Lithuania's Migration Department, told the national radio LRT on Wednesday.

Ten of them asked for asylum on the border, and one did so while being in the country's territory.

"Taking into account what is going on in Belarus right now, I would say it’s a very small number," she said, adding the asylum seekers stated the reason for their requests as the fear of persecution.

"Really, if repressions do not stop, we could receive more asylum requests," Gudzinskaite believes.

It takes several weeks to half a year for asylum requests to be processed.

Another 20 Belarusian have recently come to Lithuania under a humanitarian exception.

"They all fled as they wanted to avoid persecution by the regime and wanted to be in a safe place," Gudzinskaite said.

The Lithuanian government made an exception for Belarusians to come to Lithuania for special humanitarian purposes in the middle of August after the Belarusian regime launched a brutal crackdown on peaceful protesters.

Twenty Belarusians have arrived in Lithuania under a humanitarian exception to the coronavirus...

Protesters demanding a free election in Belarus are no longer the opposition, they are the majority,...

Lithuania's Ministry of Foreign Affairs is proposing sanctions for over 100 Belarusian officials...

Two Belarusian sound engineers have fled to Lithuania in fear of repression by the authorities for...

Seeking to express solidarity with the people of Belarus and supporting the democratic aspirations of...