BNS
aA
As the spread of the coronavirus suspends almost all flights, Vilnius Airport has become a gathering place for movie fans as a drive-in cinema was opened here on Wednesday night. 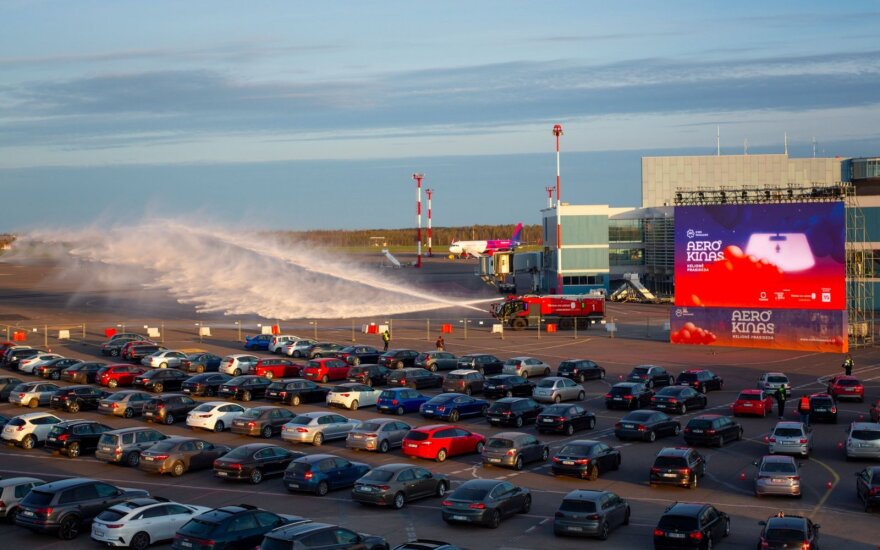 "We have always looked for new and unique spaces and experiences. The airport has been a long-dreamed place but the opportunity has only emerged now as the aviation life has stalled," Algirdas Ramaska, had of the Vilnius International Film Festival Kino Pavasaris, told BNS.

"The airport is a unique space where people come with that feeling of adventure and the thrill of the trip. We are also inviting people to travel in a different way that is safe today by watching movies," he added.

The first shown movie was the Korean movie Parasite, and several hundred invited guests watched the movie on a giant screen the height of a five-storey house. Tickets are available for everyone as of Thursday.

According to Ramaska, to bring the idea to life, legal changes were needed to change the airport's limits and receive permits and radio frequencies for viewers to be able to listen to the sound sitting in their cars.

The organizers now plan to expand the drive-in idea to other Lithuanian airports, Ramaska said.

The Lithuanian government plans to resume passenger flights in Lithuania on May 10. As the traffic will initially be limited, the drive-in cinema and the airport's usual operation should not interfere with each other.

Skvernelis: Lithuania may resume first flights on May 10-15

The first flights from Lithuania to foreign countries may be resumed on May 10-15, Prime Minister...

A drive-in cinema is opening in Vilnius on Friday amid coronavirus safety measures.

As Lithuania and other European countries begin to ease lockdown restrictions imposed during the...

Dario Martinelli. Would it be fair to suspend all films that fail to meet today’s moral standards?

The #blacklivesmatter movement has been marked by many initiatives in different spheres and...