(1)
DELFI EN
aA
Everyone dreams about having a White Christmas, despite it being something that is far from guaranteed here in the UK. A city break is a perfect way to spend a few days immersing yourself in the culture of a buzzing new destination, and what better time to visit than when there’s a good chance that the city will be covered in a blanket of snow? Sparkling white snow just makes everything look prettier and provides the best wintery vibes to get you in the festive spirit. Don’t be put off by the cold weather! You can wander through the streets whilst wrapped up warm and clutching a hot chocolate. 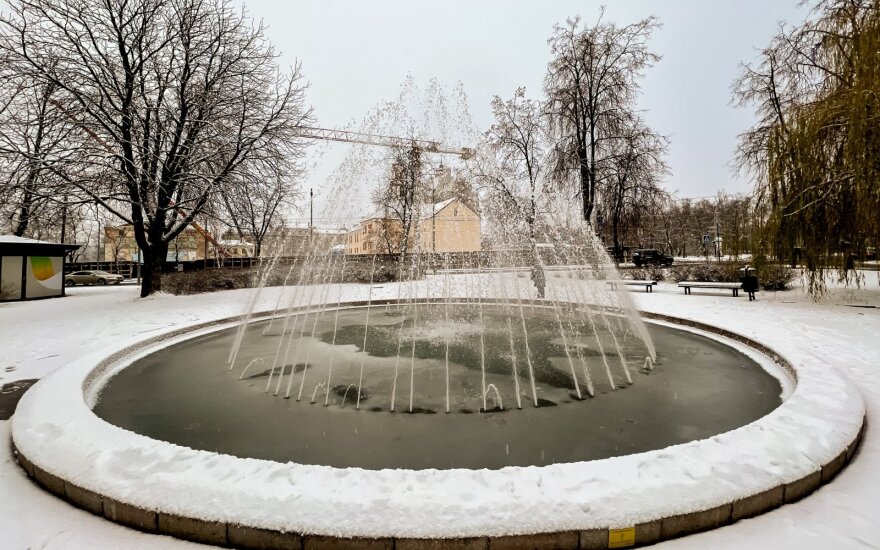 Holidu, the search engine for holiday rentals, ranked the cities where snowy winter days are most likely in Europe in collaboration with World Weather Online, counting the number of snowy days and giving top tourist tips in order to plan a special weekend in each of them!

With an average of a whopping 20.5 days of snow per month, the cultural centre and capital of Estonia, Tallinn, is the best bet for your next city break if snow is what you’re after! This city has managed to keep all of its charm and beauty and is especially magical and romantic in winter. If you like to visit UNESCO World Heritage Sites, then you’re in luck, as Tallinn's Old Town in Kesklinn is listed as one due to being one of the best-preserved medieval cities in Europe. Enjoy walking around the old part of the city that really transforms over Christmas. If you’re interested in some more sporty activities, each year the Tallinn Song Festival Grounds turn into a winter sports activities centre: take part in snowboarding, skiing, ice skating and more!

Vilnius, Lithuania’s capital, takes second place in this ranking with an average of 18.5 days of snow per month. Renowned for its baroque architecture in the old medieval part of the town, the Vilnius Historic Centre has had World Heritage recognition since 1994. The architecture of the city changes a lot from one neighbourhood to another. Enjoy the various street art all over the city, or perhaps get to know the city’s art history and go to the National Museum of Art of Lithuania. There you will be able to see the country’s heritage and learn more about the culture. For the adventurous types, roughly 5km from Vilnius city centre is the ski resort of Liepkalnis, meaning you can do a bit of skiing or snowboarding without having to even leave the city! This also happens to be the perfect spot for a sweeping view of Vilnius, so stay there for sunset and marvel at the many lights of the city flickering in the distance.

In third place, we have Erfurt, the capital of the state of Thuringia in the heart of Germany. Erfurt has a population of just over 213,000, making it the perfect city break for people looking for a less overwhelming atmosphere than bigger cities. Complete with more than 1,200 years of history, Erfurt has one of Germany’s most complete Medieval centres. So just imagine this medieval setting covered in snow! You can visit St Mary’s Cathedral and Krämerbrücke bridge and feel like you’re in a fairytale setting.

Turku is the oldest city in Finland, it is located on the southwest coast and is renowned for its medieval castle that dates back to the 13th century. In winter, when the temperature drops and the first snowflake touches the ground, the city is completely transformed. Start your trip by walking around in the old city centre and enjoying the architecture and small, cute streets. Want to know the best way of getting round in winter? Just hop on some ice skates and slide! During these months, the Aura River is completely frozen, and you can walk or ice skate on it to cross the city.

In fifth place is Helsinki with an average of 16.5 days of snow per month. Finland’s capital and the biggest city in the country has a lot to offer during the cold and snowy months of winter. Finland is famous for its design and Helsinki is not the capital for nothing! Don’t miss the Design Museum, one of the oldest museums in the world, and have a glance at Finnish’s design history. For a more active afternoon, go sledging! The Finnish have a special plastic sleigh called “pulkka” that you can buy anywhere in town for 10€ and go give it a try at the park along with the locals. At the end of the day, it is custom to go to a sauna to relax and get rid of the toxins. An absolute must whilst you’re in Helsinki over winter is going for a walk on the frozen Baltic Sea! When the sea freezes over it becomes a playground for people wishing to go for a walk, skate, ski or even drill a hole and fish.

Ukraine's capital and biggest city is especially renowned for its religious buildings and history museums. Kyiv is sixth in this ranking with an average of 16 days of snow per month in the winter! When the city is covered in snow, everything is even more poetic and magical. Kyiv is a very cheap city, one of the cheapest in Europe, so don’t hesitate to go warm yourself up in a nice cosy restaurant and enjoy a full dinner without having to pay a steep amount. For anyone interested in diving into some of Ukraine’s history, a visit to the National Chernobyl Museum is essential. For the typical festive vibes, Kyiv will not disappoint, as there are numerous Christmas markets spread all over the city.

The second Lithuanian city in this ranking is Kaunas, with an average of 16 days of snow per month, Kaunas comes in seventh place overall. Start your day with a hearty Lithuanian breakfast made of black bread and nice curd snacks, then head out to visit the medieval castle. Kaunas Castle was built in the mid-14th century right at the crossing of the two rivers, and at this time of year, the frozen river gives you the opportunity to see it from another angle. The orange bricks contrast with the white snow and show amazing colours, especially in the morning light. For lunch, you have to try one of Lithuania’s speciality dishes, cepelinai. This is a big potato dumpling filled with pork and served with sour cream and bacon sauce, perfect to fuel you up for more sightseeing! In the afternoon, take a ride in one of the oldest funiculars still operating in the world. Still unchanged, the wagons are original from pre-war and represent the easiest way to reach the Resurrection Basilica, from which there is an amazing view of the city.

Next up is the only French city that has made it into the top ten. Grenoble is located in the Auvergne-Rhône-Alpes region of south-eastern France and is best-known as being base for winter sports, which is understandable considering its 15.5 days of snow per month. Grenoble is a small university town so has plenty of cultural sights to visit, including art galleries and museums that can be found dotted along the banks of the Isère River. One of the highlights are the “Les Bulles” (Bubbles), spherical cable cars that connect the town to the summit of La Bastille hill. Whether you choose to walk to the top or take a ride on one of the cars, you can stay at the top for a magnificent sunset and a great view of Grenoble.

In ninth place is the Latvian capital of Riga, another city in this ranking that is situated on the Baltic Sea. this is yet another city where its medieval old town and the surrounding city centre has been awarded World Heritage site status in 1997. The city boasts a cultural centre full of museums, concert halls and 13th-century churches, but its art nouveau architecture is what really sets the city apart from other European capitals. What makes this destination even more perfect for a city break is that its Old Town is pedestrian-only access! So, you can stroll around the streets without the chaos of busy traffic. Riga’s main Christmas market is at Doma Laukums Square which is also situated in the Old Town.

Completing the ranking of the top ten snowiest cities is the wonderful Innsbruck! With a population of only 131,059 people, this is definitely the smallest city on the list. Its small size makes it perfect for exploring over a short weekend! Innsbruck is best known for being a go-to city in the Alps for winter sports. This is a prime location if you fancy a city break and ski holiday all rolled into one! Buy a SKI plus CITY Pass and get to enjoy 13 ski resorts around Innsbruck, which boast more than 300km of pistes. On top of this, access to 40 attractions is included with the pass, 22 of which are cultural and lifestyle experiences dotted around the city.

Tourist numbers grew in the summer, but fall is bringing new challenges

Lithuania's population shrinks by 230,000 in a decade

The Lithuanian population has shrunk by about 233,000 people over the past decade, the country's...