BNS
aA
This season's second cruise arrived in the Lithuanian seaport of Klaipeda on Thursday morning. 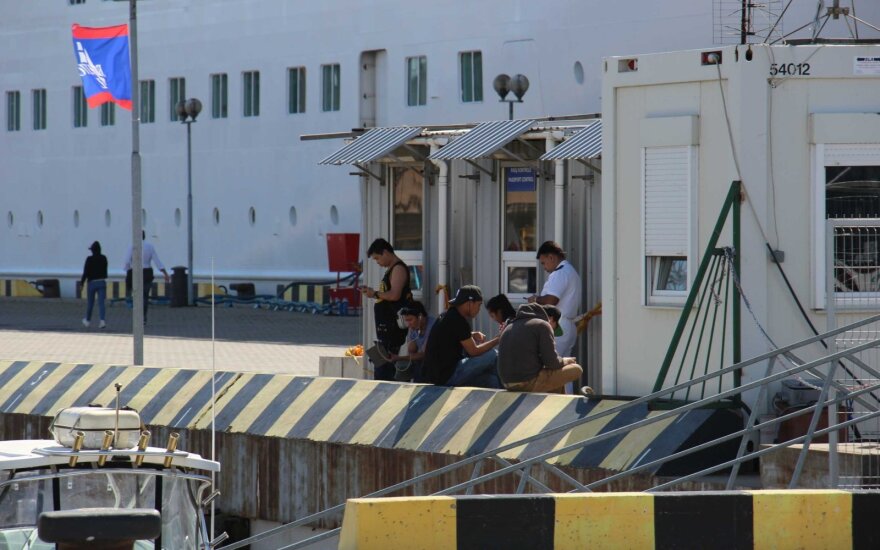 The Klaipeda port's authority said in a press release that the Marina had brought nearly 400 tourists from the United States, Canada, Germany, the United Kingdom, Poland and other countries to the port city.

The ship's arrival "is a sign of the recovery of cruise shipping and a proof that this business is not changing direction," Algis Latakas, the port's CEO, said in a press release.

The authority said more than half of Marina's passengers had opted to go on excursions to Klaipeda and surrounding towns.

In mid-August, the Artania became the first cruise ship to visit Klaipeda since the start of the COVID-19 pandemic, bringing in 677 visitors from Germany, Austria, Switzerland, Italy and the Netherlands.

Vidmantas Paukste, director for infrastructure at the port's authority, then said Klaipeda had received over 50 applications for the next cruise season so far.

The 2020 cruise season in Klaipeda was cancelled due to the pandemic. Before the pandemic, the port would welcome around 60 cruise ships and 80,000 visitors per season.

The Lithuanian seaport of Klaipeda is closing its 2019 cruise season on Thursday.