...
DELFI EN
aA
First place on Facebook’s social network and 2.1 billion video views. Crafty Panda, the Lithuanian online magazine Bored Panda video channel, whose DIY content is primarily being created in Vilnius, can be proud of such achievements in November. 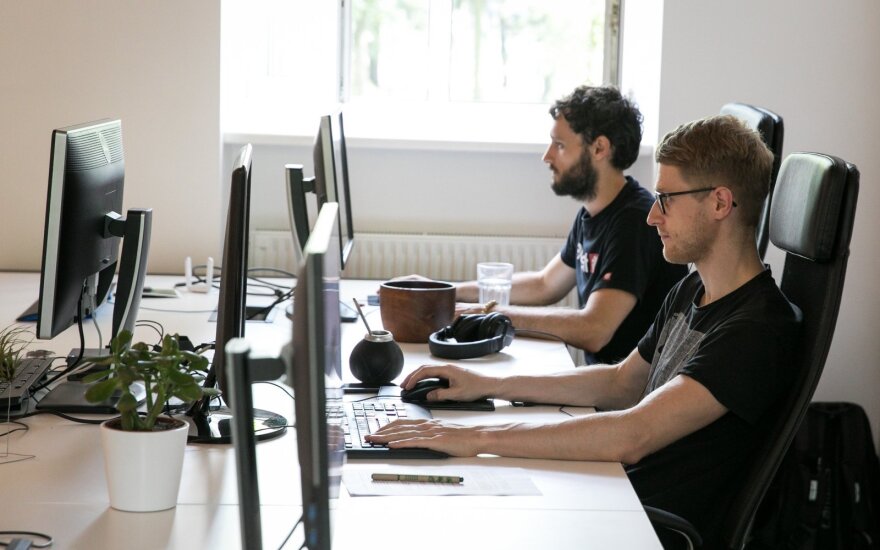 The ambitious Lithuanian project skyrocketed into a leading position on Facebook, overtaking such platform giants as LADbible, The Dodo, and Tasty.

These are impressive but expected results. This is how Tomas Banišauskas, the director and founder of Bored Panda, evaluates the leading position on Facebook and billions of video views. In the press release, he adds that it is not for nothing: the path to these heights was strategic and purposeful, and the consistently developed tactics for popularity have paid off.

"We have been ranked among the top channels with the most views for some time now, and we have been in the top four before. However, after realizing what content interested Facebook users the most, we have quadrupled the number - from 2 to 8 - of videos we created and published daily. Nonetheless, quantity is only a part of our success. We assessed today’s context and responded to the needs of the audience. People spend more time at home than ever before, so high-quality DIY content has become especially relevant, and filling this niche has allowed us to reach the top,” says T. Banišauskas about the chosen strategy.

According to him, the dispersion of the globally successful DIY content first started on the Youtube platform. In response to the growing demand for video content, Bored Panda has separated its video division and established the Bored Panda Studios. As Crafty Panda began spreading its scope to other social networks, the development team grew. Earlier this year, a team of 60 people took part in developing the project, and today that number has grown to 250.

“We use authors from all over the world to create videos, but we are glad that most of the content is created by Lithuanians. We are filming our video content in Vilnius, where we have two studios with a third one coming up. Bored Panda Studios covers an area of over 3,000 square meters. m., with as many as 16 filming sites. To our knowledge, we have the largest production set in the Baltics, ” says the head of Bored Panda.

Beginnings of world fame - in a hallway

Although Lithuania is the creator of this record-breaking content, when asked in which countries Crafty Panda is the most popular, T. Banišauskas laughs that it is definitely not in Lithuania. The residents of the USA and India are interested the most in the DIY content, and the Lithuanian audience is relatively small.

"Many compatriots do not know that Lithuania is the birthplace of Crafty Panda. When we founded Bored Panda, we initially created articles of an entertaining nature. Starting as a small project, it later exceeded expectations: in 2017, we became the most read channel on Facebook, and now we are repeating this achievement with video content, ” shares T. Banišauskas.

By 2017 a well-known director Tadas Vidmantas has joined the creative team of Crafty Panda, with Rokas Jurkevičius taking the team lead position.

“Initially, our team was made up of three people. The first videos were filmed in the hallway of our main office, with minimal resources. Today, we have 250 employees, 90 percent of whom are in Lithuania. We are creating content in professional studios, and we can be proud of our global success,” says the responder.

Crafty Panda is now available on all major social platforms - Facebook, Instagram, Youtube. Adding up the number of followers throughout the platforms, the channel has almost 27 million fans. However, it should come as no surprise - the Lithuanians are creating extremely popular content.

"Crafty Panda content consists of various videos of repair projects, woodworking, construction, and restoration. However, it is important to mention that the viewer chooses this content, not because of the final result, but because of the process - engaging, interesting, sometimes even enchanting content brings together an impressive audience,” says T. Banišauskas.

However, according to the responder, next year’s goal is to reach the top positions not with one but with several channels. Thus new development teams are being formed, and ambitious projects are being planned.

"Our achievements show that we can compete with and even surpass the most professional content creators. We are a country full of potential, distinguished by our diligence, creativity, ambitions, and I will remind those who do not dare to start that the most successful businesses in the world have begun in garages, basements, or even corridors,” concludes T. Banišauskas.

Summer began with the news that the creator of “ Cyanide & Happiness ”, the webcomics with...