BNS
aA
Russian singer Philipp Kirkorov has turned to a Vilnius court to have the recent decision by Lithuania's Migration Department to barr him entry to Lithuania for five years lifted. 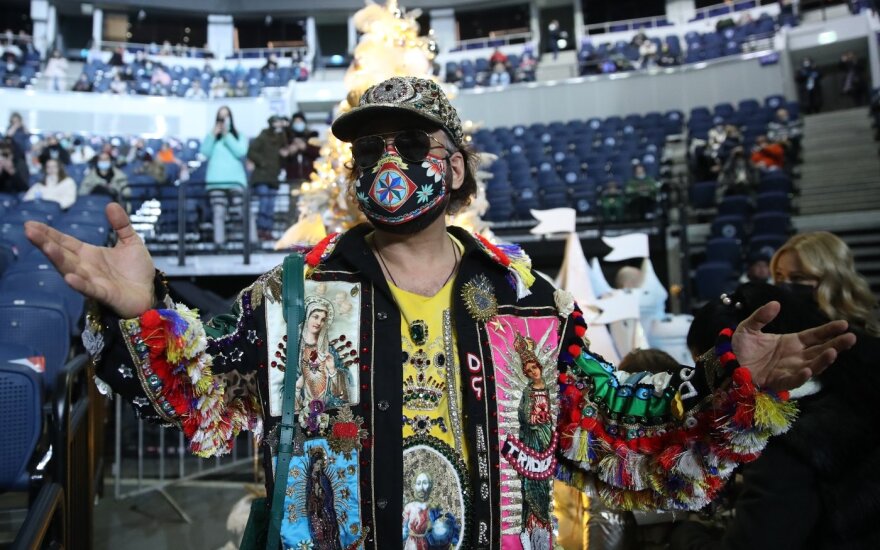 On February 15, Vilnius Regional Administrative Court received a request from the lawyer representing the singer, having dual Bulgarian-Russian citizenship, to order the Migration Department to present the decision itself and lift it, Audris Kutrevicius, a spokesman for the court, told BNS.

The court is now looking into whether to accept Kirkorov's request.

Linas Makaveckas, the lawyer representing Kirkorov, told BNS on Wednesday he has not so far managed to get the very decision from the Migration Department, therefore, the appeal was hand in without motives.

"We learned about this (the ban to come – BNS) from media reports. As a lawyer, I made inquiries with the Migration Department in writing on February 5, but we have not received an answer so far. And time is ticking (…) We don't have arguments, motives, therefore, that appeal is without arguments," the lawyer said.

On January 19, the Migration Department, acting on a request from the Foreign Ministry, added the Russian performer to the national blacklist of foreigners banned from coming to Lithuania for five years.

"The performers publicly justifying Crimea’s occupation should not be tolerated in any democratic country. We have an unambiguous stance as regards such public figures, hence there were no doubts as to the adding of Kirkorov to the blacklist of people unwelcome in Lithuania," the press release then quoted Interior Minister Agne Bilotaite as saying.

Foreign Minister Gabrielius Landsbergis asked the Interior Ministry and the Migration Department to add Kirkorov to the national blacklist of foreigners banned from coming to Lithuania.

The minister then said that the well-known performer, during his multiple visits to the annexed Crimean Peninsula, "deliberately denied the territorial integrity and sovereignty of Ukraine and thus indirectly justified the aggressive actions of the Russian Federation".

According to Landsbergis, Kirkorov's participation in concerts in Crimea "in essence does damage to Lithuania's national security".

Hundreds of Russians living in Lithuania on Sunday voted in the Russian presidential elections, which...