DELFI EN
aA
After the massive success of the “Vilnius – the G-spot of Europe” campaign, the Lithuanian capital is following its own footsteps and launching a new campaign, titled “Vilnius: Amazing Wherever You Think It Is.” The campaign, which has a goal to celebrate all the amazing aspects of the city, is aimed at drawing tourists to visit Vilnius by making fun at how unknown the city is for most people outside the country. 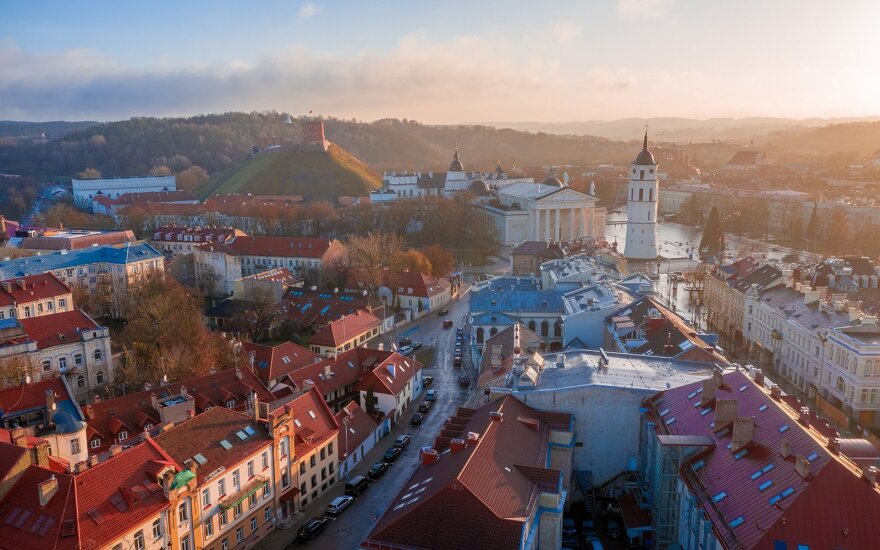 Vilnius, the capital of Lithuania, is launching a new campaign that is making fun of its own obscurity among travel destinations globally. The campaign, called “Vilnius: Amazing Wherever You Think It Is,” follows the tradition of the award-winning “Vilnius – the G-spot of Europe” campaign, which claimed that “nobody knows where it is, but when you find it – it’s amazing.”

The idea to use the city’s obscurity as a tool to draw more tourists is also backed by data. According to the 2019 study, done by Go Vilnius, the official development agency of the city which initiated the campaign, only 5% of Brits, 3% of Germans, and 6% of Israelis know more than the name and the approximate location of Vilnius.

Related articles
In foreigners sight: how does foreign news media present Lithuania to travellers?
Crazy about coffee: Ukrainian is looking for best cafe in Vilnius  (4)

A campaign-dedicated website will ask visitors to guess where Vilnius is for a chance of winning a trip to the city while being informed of myriad reasons why Vilnius is amazing. Both locals and tourists agree that Vilnius has a lot to offer in terms of culture, history, nature, and food. The city seems to be immersed in a forest, thanks to its parks, tree-lined streets, and actual forests surrounding it. It’s a walkable city – locals and tourists usually reach all their central destinations on foot. Those who like to fly, won’t be disappointed either – in Vilnius, you can fly over the city center in a hot air balloon, admiring its picturesque medieval streets, Baroque churches and open squares. Vilnius is also diverse in its architecture and neighborhoods – no wonder it is being chosen as a preferred filming location to such popular series as Chernobyl and War and Peace.

Besides the website, the campaign will consist of a video clip in which people on the streets of Berlin are asked if they know where Vilnius is. In this playful clip, the Lithuanian capital is placed everywhere from the Americas to Africa – everywhere but in its actual location. The video will be spread through online platforms along with advertising campaigns in target markets and selected media outlets. Finally, billboards in London, Liverpool and Berlin will portray Vilnius reimagined in various fantasy worlds.

According to the director of Go Vilnius, Inga Romanovskienė, the idea was to turn the city’s disadvantage of being a lesser-known European capital into an entertaining, fun campaign, in which Vilnius laughs at its obscurity.

“Vilnius is continuing the course of presenting itself as an easygoing yet daring city, unafraid to laugh at its faults and break free from certain norms. Our goal is to show that no matter where people think Vilnius is located, it is a great place to go visit,” said Ms Romanovskienė.

The new campaign certainly has big shoes to fill, as its predecessor, the “Vilnius – the G-spot of Europe” campaign, was exceptionally successful at drawing attention from the global audience, making headlines in major outlets across the globe. The previous campaign was also named as the best ad campaign at the International Travel & Tourism Awards by World Travel Market in London.

The “Vilnius: Amazing Wherever You Think It Is” campaign launches on February 3rd. The campaign was created by Bechtle and Milzarajs ad agency.

In 2019, Lithuania was covered as a travel destination by TIME, The Times, The Independent,...

Crazy about coffee: Ukrainian is looking for best cafe in Vilnius (4)