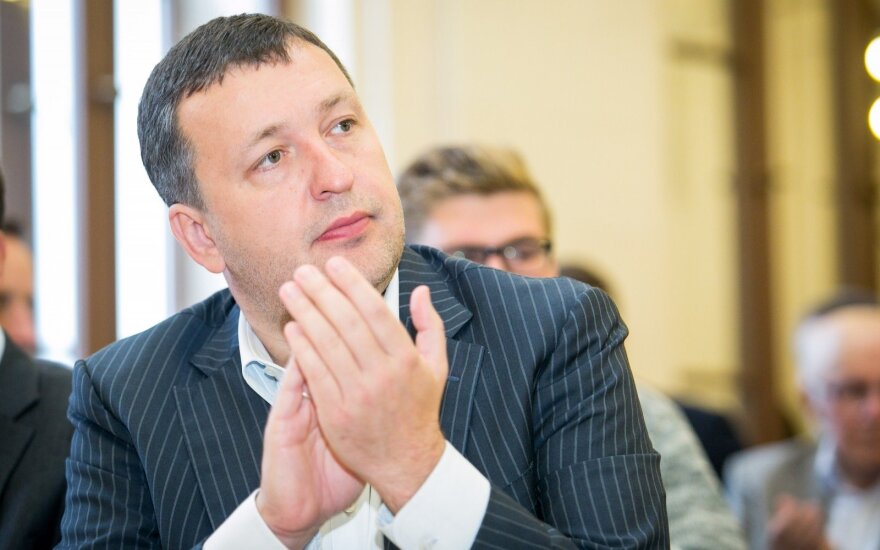 Antanas Guoga said: “Basketball is in the hearts and souls of all Lithuanians. I want to assure you that I will do my utmost to ensure that even the slightest discrimination won’t be tolerated. I apologise to all the basketball players and fans all over the world for the comments by the former president of the club. Therefore, I took the decision to step in and buy the major share of “Lietuvos rytas” to bring changes in attitude, policy, management and direction of the club. Vilnius can become the most tolerant and open city in Europe”.

He hopes that the big change in the clubs’ management will help the club to save the dignity of its fans and the position in the EuroCup. The new owner of “Lietuvos rytas” has publicly called for the fans and the community of the Lithuanian capital Vilnius to get involved in the management of the club and have a say on the most important decisions.

As a Lithuanian MEP, Mr Guoga is well known for his anti-homophobic initiatives. Following the events in the United States in January where President Trump signed an executive order so called ''Muslim ban'', he initiated a motion for the resolution in the European Parliament on fighting discrimination based on race, religion and nationality, which was signed by 64 MEPs from 6 major political groups. Last year, the Lithuanian politician and entrepreneur invited Afghan refugee to work in his company at his resort.

Mr. Guoga has been involved in Lithuanian basketball for quite some time. When the country's national team failed to directly qualify for the 2010 FIBA World Championship in Turkey and had to apply for a wild-card entry, he paid a large share of the application fee of €500,000. The team was chosen for the tournament, and won the bronze medal. He was the national basketball team's manager from 2010 until 2012 and served as the vice-president of the Lithuanian Basketball Federation until 2016.

Lithuanian MEP Antanas Guoga is actively involved in a number of Digital Single Market topics. Being an entrepreneur himself, Guoga works for better conditions for European businesses, especially in the technology sector. Guoga was chosen as the Lithuanian representative in the POLITICO 28 and POLITICO 40 list. Before focusing on politics, Guoga was better known by his poker-playing alias 'Tony G'. MEP Guoga is a committed philanthropist. His full salary earned working as an MEP is dedicated to charitable activities.

MEP Antanas Guoga is the only member of the European Parliament and Lithuanian to be included in the...

Lithuanian basketball team to be headed by Gudelis, may be renamed Rytas

Lietuvos Rytas , a top Lithuanian professional basketball club, may be renamed Rytas in the future,...

The City Council of Vilnius decided on Wednesday to allocate 500,000 euros to the Lietuvos Rytas...