Lolita Zero: Haters see in me a reflection of what they themselves want to be

aA
"The Eurovision stage is too small for my talent and ambition. It is but a stepping stone on my way to world fame. And trust me, it is not my ego or my horns speaking, it is the reality," says Lolita Zero who invaded the Lithuanian pop scene with a bang, Soho Club wrote in a press release. 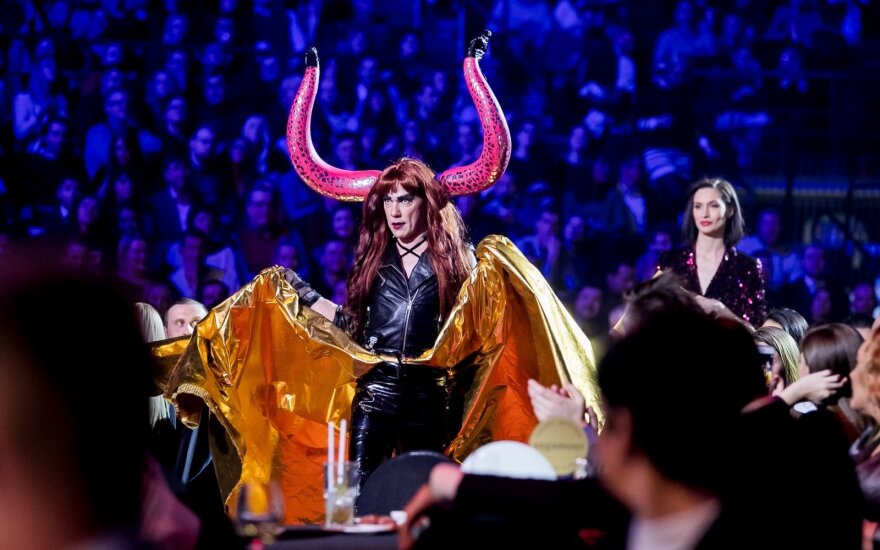 We talk with the performer about her chances at the national Eurovision contest, her musical inspirations and rumours that constantly surround her persona.

Lolita, your performances have been electrifying audiences since your first appearance on the stage. How come we hadn't seen you before?

I needed the right moment. Europe and Lithuania have nothing more to say and I do. For a contemporary pop star, charisma is everything. Charisma and drama as a unity, as dependence, as endless love. Drama has a sway over us all the time, ability to combine it with presence, with voice and appearance, is what leads us to success.

Are you assured of your victory in the national selection for the Eurovision Song Contest?

It is not for nothing that we put in so much effort into our song together with the Happyendless team. I will be victorious, since my team and I are preparing very intensely for Eurovision in Ukraine. Parts of our wardrobe, props and equipment are already in Kiev. Many also wonder about the meaning of my impressive horns and why I'm smashing watermelons on the stage. Here's what I have to say: not only are they hyperbolic visualizations of the lyrics that I sing, but also symbols of Eurovision values: freedom, singularity, joyful celebration of talent.

There have been rumours that Lolita Zero is merely lip-syncing, while the vocals we hear belong to Yuri Veklenko who is hiding behind her during the performance. Is it true?

I've heard all sorts of talk - that my horns are inflatable, that it is not me dancing on the stage but Gytis Ivanauskas in drag, that all my dancers are illegal migrant workers or that the entire show is just an ad for a movie rather than a genuine Eurovision performance. I couldn't possibly go around commenting on every silly rumour, could I?

You are constantly being compared to one of Eurovision's past winners, Conchita Wurst of Austria. Do you see any similarities?

As Conchita Wurst has herself told reporters, these are incomparable performances, since Lolita Zero stands one ladder step above. After all, zero is better than being number one.

How do you deal with all the attention? Is the feedback you're receiving mostly positive or negative?

Attention is my nectar, I am sucking it in and revelling. And as to my critics, let me say this in the words of Taylor Swift: "The haters gonna hate, hate, hate, hate, hate." True, it is not me that the critics hate. They hate themselves, since I am an incarnation of what they dream of being. Everyone loves, loves, loves me. Because I love them.

This coming Saturday you are performing at Lithuania's prime gay venue, the Soho club. Are you expecting a love-filled reception?

I do not know. I am nervous, to be honest. But each time I climb on the stage, people weep, swoon and throw their panties at me. I am climbing on the stage to shake their world. I love my audience. Though I do not think the fact that I am performing at a gay club is all that important. I do not perform to people of certain sexual orientations, I perform to people who yearn for an amazing spectacle.

Your performance also falls on the International Condom Day which calls for attention to safe sex. What is Lolita Zero's message about sexuality?

I adore sex. It's one of the most wonderful things in this world. I am absolutely delighted that we are free to do it with whoever we want. This freedom, like any other, comes with responsibility. For me, there's nothing sexier than a responsible partner. What's important is not to always be thinking with your smaller head (grins).

This Saturday, February 11, Lolita Zero is promising to "drive you mad, blow your brain, shake your world, make you cry, make you laugh" at Lithuania's prime gay venue, the Soho club.

Lolita ZERO - "Get Frighten" by "Happyendless"

Eurovision: What critics are saying about Lithuania's entry

The Eurovision Song Contest kicks off on Tuesday with 18 performances in the first semi-final in...

Fusedmarc band has been selected to represent Lithuania at this year's Eurovision song contest...

Lithuania’s 'Pabandom iš naujo!' has come to an end. After 3 heats, 2 semi-finals and Saturday’s...