...
DELFI EN
aA
In recent years Alzheimer's disease has been on the rise throughout the world and is rarely diagnosed at an early stage when it can still be effectively controlled. Using artificial intelligence, KTU researchers conducted a study to identify whether human-computer interfaces could be adapted for people with memory impairments to recognise a visible object in front of them. 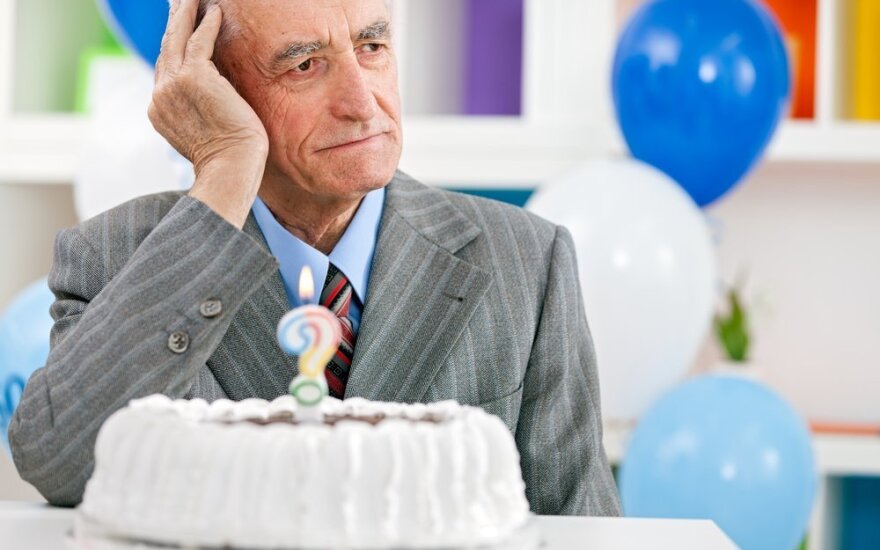 Rytis Maskeliūnas, a researcher at the Department of Multimedia Engineering at Kaunas University of Technology (KTU), considers that the classification of information visible on the face is a daily human function. “While communicating, the face “tells” us the context of the conversation, especially from an emotional point of view, but can we identify visual stimuli based on brain signals?”, the researcher asks.

The visual processing of the human face is complex. Information such as a person’s identity or emotional state can be perceived by us, analysing the faces. The aim of the study was to analyse a person's ability to process contextual information from the face and detect how a person responds to it.

The face can indicate the first symptoms of the disease

According to R. Maskeliūnas, many studies demonstrate that brain diseases can potentially be analysed by examining facial muscle and eye movements since degenerative brain disorders affect not only memory and cognitive functions, but also the cranial nervous system associated with the above facial (especially eye) movements. 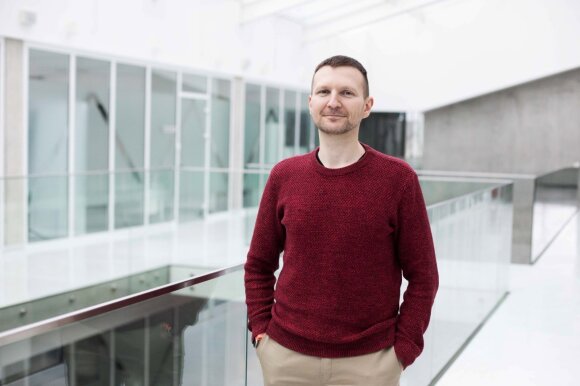 Dovilė Komolovaitė, a graduate of KTU Faculty of Mathematics and Natural Sciences, who co-authored the study, shared that the research has clarified whether a patient with Alzheimer's disease visually processes visible faces in the brain in the same way as individuals without the disease.

“The study uses data from an electroencephalograph, which measures the electrical impulses in the brain,” says D. Komolovaitė, who is currently studying for a master's degree in Artificial Intelligence programme at the Faculty of Informatics.

In this study, the experiment was performed on two groups of individuals: healthy and affected by Alzheimer's. “The brain signals of a person with Alzheimer's are typically significantly noisier than in a healthy person,” says D. Komolovaitė, emphasizing that this correlates with a reason which makes it more difficult for a person to focus and be attentive when experiencing the symptoms of Alzheimer's.

Photos of people's faces were shown during the study

The study selected a group of older people made up of women over 60 years of age. “Older age is one of the main risk factors for dementia, and since the effects of gender were noticed in brain waves, the study is more accurate when only one gender group is chosen,” says researcher D. Komolovaitė.

During the study, each participant performed experiments lasting up to an hour, during which the photos of human faces are shown. According to the researcher, these photos were selected according to several criteria: in the analysis of the influence of emotions, neutral and fearful faces are shown, while analysing the familiarity factor, known and randomly chosen people are indicated to the participants of the study. 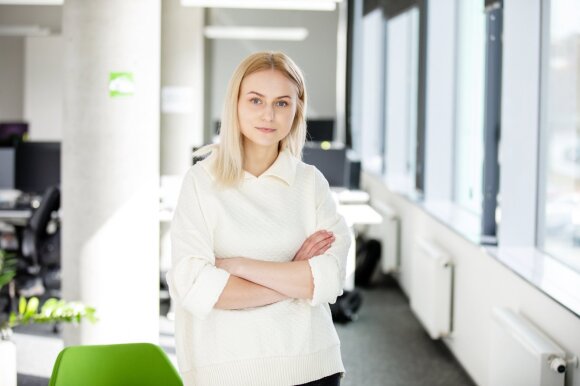 In order to understand whether a person sees and understands a face correctly, the participants of the study were asked to press a button after each stimulus to indicate whether the face shown is inverted or correct. “Even at this stage, an Alzheimer's patient makes mistakes, so it is important to determine whether the impairment of the object is due to memory or vision processes,” says the researcher.

Inspired by acquaintances with Alzheimer’s patients

The application of computer science and mathematics can overlap with any other subject. “For example, it could be marketing, criminology, medicine, environment, and the list could probably never end,” says the researcher.

Meanwhile, researcher R. Maskeliūnas reveals that his work with Alzheimer's disease started with his collaboration with the Huntington's Disease Association, which opened his eyes to what these many neurodegenerative diseases really look like.

The researcher also had direct contact with Alzheimer's patients. “I saw that the diagnosis is usually confirmed too late when the brain is already irreversibly damaged. Although there is no effective cure for this disease, the process can be paused and sustained by gaining some healthy years of life “, says R. Maskeliūnas.

Today we can see how human-computer interaction is adapted to physical disabilities. Controlling a robotic hand by “thought” or a paralyzed person writing “a text” by imagining letters is not a new concept. Still, trying to understand the human brain is probably one of the most challenging tasks remaining today.

In this study, the researchers worked with the data from the standard electroencephalograph equipment, however, R. Maskeliūnas emphasizes that in order to create a practical tool, it would be better to use data gathered from invasive microelectrodes, which can more accurately measure the activity of neurons. This would increase the quality of the AI model substantially.

“Of course, in addition to the technical requirements, there should be a community environment focused on making life easier for people with Alzheimer's disease. Still, in my personal opinion, after 5 years, I think we will still see technologies focused on improving physical function, and the focus on people affected by brain diseases in this field will only come later”, shares R. Maskeliūnas.

According to Master's student D. Komolovaitė, a clinical examination with the help of colleagues in the field of medicine is necessary, therefore this stage of the process would take a lot of time. “If we want to use this test as a medical tool, a certification process is also needed”, says the researcher.

The architectural heritage from the Modern Movement era has been more endangered in recent decades...