DELFI EN
aA
A Lithuanian student from Kėdainiai swapped designing clothes for modelling them at one of the biggest fashion events in the world. 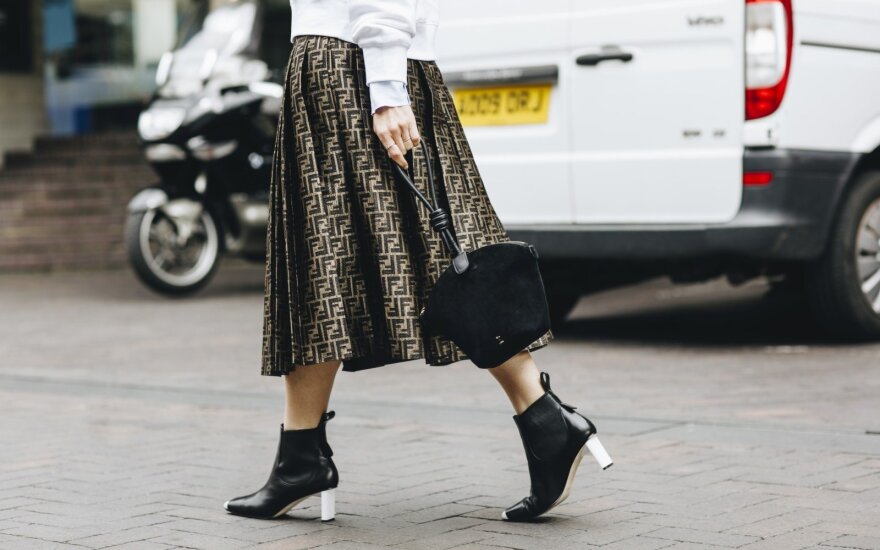 Ieva Dovidonytė, who is a second year Fashion student at the University of Northampton in the UK, strutted her stuff on the catwalk for three shows at February’s London Fashion Week.

While Ieva spends her University time developing her design skills, she’s also a dab hand at modelling, having done it in a professional capacity ever since she was a teenager in her native Lithuania.

Ieva, who is originally from the city of Kėdainiai, revealed she’d beaten the odds to get the London Fashion Week gig.

“I’m signed to a modelling agency in London and received a call to attend the casting,” she said.

“When I arrived, I discovered there were 400 models and so I was not expecting to get picked. But two days later I was told that three designers had picked me, which was amazing to hear.”

Ieva added: “I opened one of the shows, which was a big thing for me, but I didn’t have any nerves.

“I’ve modelled at Lithuania Fashion Week, and I was a dancer when I was younger, so I am used to performing at big occasions.”

Having a foot in both fashion design and modelling, Ieva has a unique perspective on catwalk life.

She said: “I’m in a quite unusual position. I notice that people don’t really take you too seriously when they deal with you as a model – they just think you’re pretty and you can’t possibly have anything else. So, when I mention I also design clothes, people don’t take me seriously.

“But while modelling is nice, and I am lucky to be doing it, it’s not my priority in life. I want to create things which I why I joined the University of Northampton.”

With a year to go on her course, Ieva has not yet decided on a firm career direction, as she keeps her options open.

She said: “I’m not sure if I want to be a fashion designer, as I do have some issues with the industry’s record of sustainability. The industry needs to find ways to change – it’s not sustainable to keep on producing more and more new clothes. I am more in favour of vintage clothing, and restyling them. I think my ideal job would be running a second hand vintage clothes shop.

“But, of course I would like to keep modelling too, as having the opportunity to appear at events like London Fashion Week makes me very happy.”

Vietnamese student Tri Huynh Viet Minh from Saigon is full of curiosity. Having won a scholarship...

Thai student Sudjaporn Khumanun, 23, from Phuket knew quite a bit about Lithuania before coming....