Lithuania experiences one of warmest Septembers since 1961

BNS
aA
Last month was one of the warmest Septembers in Lithuania since 1961, the country's Hydrometeorological Service said on Friday adding that it had also recorded new temperature records on two days. 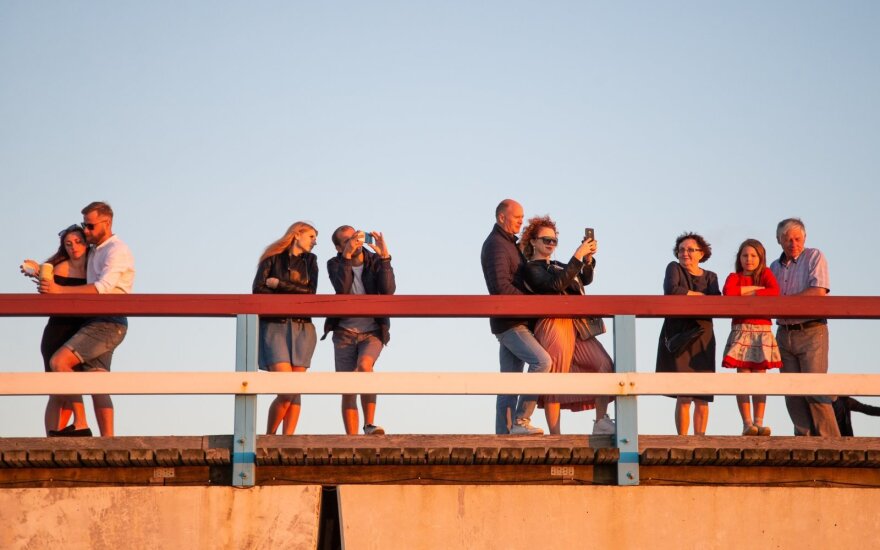 The average September temperature was 14.8 degrees Celsius and exceeded the usual long-term average by 2.6 degrees.

A warmer September was only recorded in 1975 when the average temperature was 14.9 degrees.

According to climatologist Donatas Valiukas, the last 10 days of September were particularly warm.

“The third decade of the month was particularly warm – actually the warmest since 1961,” he said.

“The average temperature of that decade in Lithuania was 15.3 degrees, which was 4.5 degrees above the usual long-term average,” the climatologist said.

The Hydrometeorological Service recorded two new daily temperature records in September: the mercury rose to 27.4 degrees in the southern town of Varena on September 16, beating the previous record, also set in Varena back in 1964, by 0.1 degrees.

Moreover, temperature reached 26.4 degrees in the southern town of Marijampole on September 26, exceeding the previous record of 1975 by 1.3 degrees.

Warmest January in Lithuania on record

This past January was the warmest on record in Lithuania, with temperatures averaging 2.8 degrees...

Temperatures in the Lithuanian capital of Vilnius and the southern city of Varena broke the November...