...
DELFI EN
aA
Lithuania’s 'Pabandom iš naujo!' has come to an end. After 3 heats, 2 semi-finals and Saturday’s final, broadcast live from the Kaunas Žalgiris Arena, The Roop won the contest and will represent the country in Rotterdam with 'On Fire’, eurovision.tv announced. 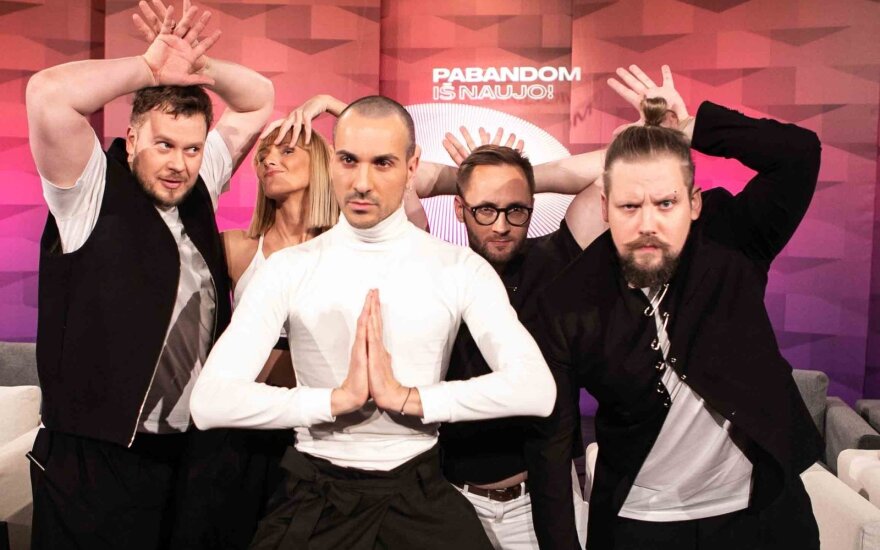 8 acts took part in the final of Pabandom iš naujo! on Saturday evening. The running order was:

Rūta Loop – We Came From The Sun

Monika Marija – If I Leave

The Roop – On Fire (winner)

The Roop received 12 points from the professional jury, as well as from the viewers at home for a total of 24 points. Monique finished second with a total of 20 points, and Monika Marija came in 3rd with 15 points.

The Roop are 3 band members from Lithuania who describe their musical style as a mix of pop-rock and indie. Although they have only been working together since 2014, all band members have been involved in the music industry much longer. The Roop's debut album, To Whom It May Concern, came out in 2015. The band has since played music around the world, from Lithuania to Belgium, Serbia and Brazil.

The band previously tried their hand at Lithuania's national selection in 2018 but came up short that time. Talking about giving it another shot, lead singer Vaidotas Valiukevičius said: "This year’s song is about something I carried within and observed around myself. It’s about writing yourself off too quickly. We are underestimating ourselves too often. We think we don’t meet some standards or that we are uninteresting, too young, too old."

According to the band, the song name On Fire relates to being in a state of excitement, feeling passionate, engaged and full of energy. The vibrant music video was produced by director Indrė Juškutė and cinematographer Adomas Jablonskis.

Lithuania in the Eurovision Song Contest

Following Lithuania's debut in the Eurovision Song Contest in 1994, the country withdrew from the competition and only returned in 1999. Lithuania scored its best placing in 2006 when We Are The Winners performed by LT United came 6th. The country has only made it to the top 10 in the Grand Final once since then, in 2016 with Donny Montell's I've Been Waiting For This Night.

Last year, Jurij Veklenko represented Lithuania with his song Run With The Lions. Jurij narrowly missed moving on to the Grand Final, coming 11th in the second Semi-Final with 93 points.

The Roop will perform in the first half of the first Semi-Final of the Eurovision Song Contest 2020 on Tuesday 12 May.

Singer Ieva Zasimauskaitė with a lyrical song When We're Old has been picked as this year's...

Fusedmarc band has been selected to represent Lithuania at this year's Eurovision song contest...

Lolita Zero: Haters see in me a reflection of what they themselves want to be

"The Eurovision stage is too small for my talent and ambition. It is but a stepping stone on my way...

In Lithuania, we call the holiday Užgavėnės, which can be loosely translated into ‘Before fasting...

Lithuania ’s The Roop are opening the first semi-final of this year's Eurovision Song Contest...

The number of foreign visitors to Lithuanian museums has declined by nearly 70 percent, due partly to...