Ludo Segers
aA
The 15th International Christmas Charity Bazaar in Vilnius Town Hall (Vilniaus rotušė) will this year take place on Saturday, 2 December from 12 to 18H. The Charity Bazaar is organised by the International Women's Association of Vilnius and will benefit 10 good charitable causes, helping some of the most vulnerable in society. This year's bazaar will offer again some wonderful ideas that fit every taste and budget. 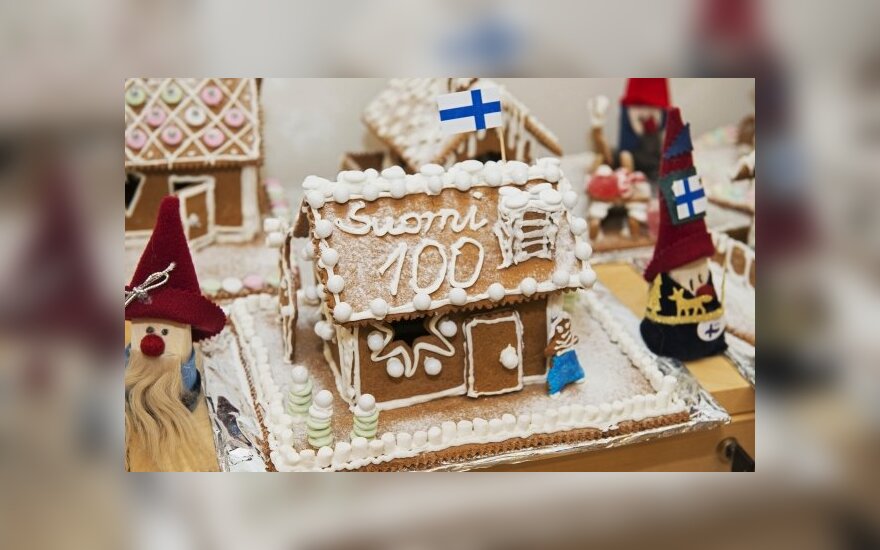 Again, this year, the Bazaar will bring offering from the four corners of the world as more than 30 diplomatic representations and the 5 international schools participating. Some exclusive products, generally not available in local shops, will be on offer one day only. It will include a wide selection of international food, drinks, original crafts and jewellery.

Ebba Michelsson the wife of Finnish Ambassador to Lithuania is this year's Chair of the organising committee. Mrs Silvija Skvernelė, wife of the Prime Minister, is this year's Bazaar patron. Mrs. Alma Adamkienė is the Honorary Patron of this charitable event.

In her welcome words Mrs Michelsson, the Bazaar's Chair mentioned the many volunteers that have been working very hard behind the scene to make the Bazaar once more a success. Mr Michelson said about the beneficiaries, ''The beneficiaries have been carefully chosen among a large number of applicants and their projects have been inspected by the committee.''

Mrs Michelsson added, ''There will be a lottery with many unique and valuable items this year. There is also a silent auction that is taking place on the ICCB Facebook page.'' Some of these exclusive items include Christmas tree decorations made by Mrs Silvija Skvernelė and Mrs Alma Adamkiene as well as well-known Lithuanian artist Nomeda Marčėnaitė, and diplomatic spouses based in Lithuania.

In addition to the stands with goodies and the lottery, there will be all day some activities to entertain the entire family with traditional dance performances and festive choir songs by the Ąžuoliukas choir, and Georgian singers. There will also be Japanese dancers, Russian performers, and Chinese Tai chi.

A number of national dishes and warm drinks will be on offer during the entire afternoon of the Bazaar. Moreover, just like last year, the one and only real Finnish Santa Claus will come down from Korvatunturi, his year-round abode close to the North Pole and meet all children.

Tuesday morning, twelve diplomatic representations presented in the Finnish Embassy in Vilnius a bit of a flavour of what can be expected at this year's Bazaar. Host country, Finland celebrating its 100-year's independence, had a number of traditional Finnish sweets, designer crafts, and artisanal glassware on offer. The Israeli Embassy showed a range of Dead Sea beauty products and selection of fine Mediterranean food.

Italy was present with its well known for its fine foods and designer products. A traditional costumed young man for Azerbaijan presented some traditional food and drinks in addition to jewellery and gifts. The Romanian Embassy, showed wine and liquor, in addition to Christmas decorations. Georgia will offer some of their wines and gift ideas. Canada presented some delicious maple syrup in addition to some gifts in the national colours.

Croatia had some local wines as well as traditional. Japan has a large selection of handicrafts and silk products. Norway has some local delicacies and goods to keep you warm in a Nordic winter. Germany, the country where the Christmas tree originated had a fine selection of tasty seasonal cakes and cookies.

In addition to the countries present on Tuesday, there will Christmas good sold in stands from the Czech Republic, France, Sweden, India, Ireland, Russia, and a number of other countries.

Last year, the Bazaar raised 105 803Euro, money that was distributed during a public event to 10 beneficiaries all across Lithuania. The organising committee's goal is to improve this year on this impressive result.

Christmas residence and a “blizzard” of holiday events invite to Rokiškis

Rokiškis in Northern Lithuania is known for its cheese and theatre festivals. From now on Rokiškis...

The Lithuanian Chamber of Commerce in the United Kingdom ( LCCUK ) is continuing its tradition of...

Christmas Tree to be lit in Cathedral Square in Vilnius

A Christmas Tree will be lit in the Cathedral Square in Vilnius on Friday, kicking off a series of...

The second Vilnius Christmas tree is to be lit this Saturday.