...
BNS
aA
Several hundred basketball fans have asked for refunds of their tickets to the upcoming Friday game between Zalgiris Kaunas and AX Armani Milan due to the fear of the coronavirus. 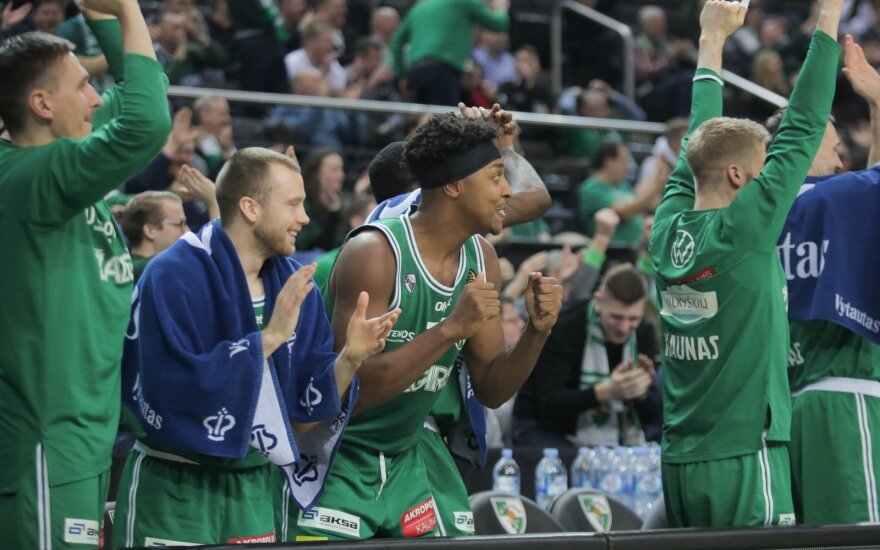 The Lithuanian club plans to introduce additional checks for all incoming fans and use thermovisors due to the threat of the virus, and has also asked fans from Siauliai, northern Lithuania, not to come to the game as the first coronavirus case was on Friday confirmed in the city.

"Around 200 refund requests have been received so far. It's hard to estimate how many spectators will come as some of them have probably decided not to come and are not asking for a refund, or might ask later," Almantas Kiveris, spokesman for Zalgiris, told BNS at noon.

In his words, under normal circumstances, 14,500-15,000 people, or around 95 percent of the arena's total capacity, watch Euroleague games at the Zalgiris Arena.

The Ministry of Health had recommended cancelling the game or play in front of an empty arena due to the threat of the new coronavirus, but the Lithuanian club decided to let fans in.

Earlier, Zalgiris urged fans of the Milan club not to come to the game.

Fans to undergo checks, Siauliai residents advised not to come

The Lithuanian basketball club also announced plans to take additional measures to check all incoming fans, and will provide information and specialists' recommendation in Lithuanian, English and Italian. Additional places for hand disinfection will be set up at the arena, and railings, handles and other surface will be additionally cleaned.

"Tents will be set up at the main entrances and fans' body temperature will be checked using thermovisors. If higher temperature than usual is recorded, the person will be checked separately, and if the results are confirmed, the fan will not be allowed into the Zalgiris Arena. Fans banned from entering will receive refunds after filling in the ticket refund form," the club said in a statement.

To check all fans, three entries to the arena will be closed and all flows will be directed to the main entries on the first and third floor. People are invited to come earlier to avoid jams.

Zalgiris has also asked residents of the city and district of Siauliai not to come to the game after the first coronavirus case was confirmed in the city on Friday. Just as any other spectator, Siauliai city and district residents will receive ticket refunds after filling in the online form by March 13.

Zalgiris: Friday's Euroleague match against Milan team to go ahead as planned

The authorities of Lithuania's northern city of Siauliai have decided not to cancel mass events...

Independence Day events to be canceled in closed spaces

The Board of the Lithuanian Seimas, upon receipt of the health minister's recommendation, made the...

Wizz Air temporarily cancels some flights from Vilnius due to virus

Wizz Air has cancelled part of its flights from Vilnius to Tel Aviv as of the middle of March...

Sarunas Jasikevicius is leaving as head coach of Lithuania's Zalgiris Kaunas, having led the club...