...
Florian Rabitz, senior researcher at KTU’s Faculty of Social Sciences, Arts and Humanities,
DELFI EN
aA
From the beginning of the current pandemic, the predominant scientific hypothesis has been that the SARS-CoV-2 virus had natural origins. Just as with similar cases before, the outbreak resulted from the genetic reshuffling of a virus circulating in animal reservoirs. The combination of random mutations and evolutionary pressure would allow it to transmit from animals to humans at first, and between humans thereafter. The close proximity between humans and livestock in East Asian population centers increases the probability of such zoonotic origins. 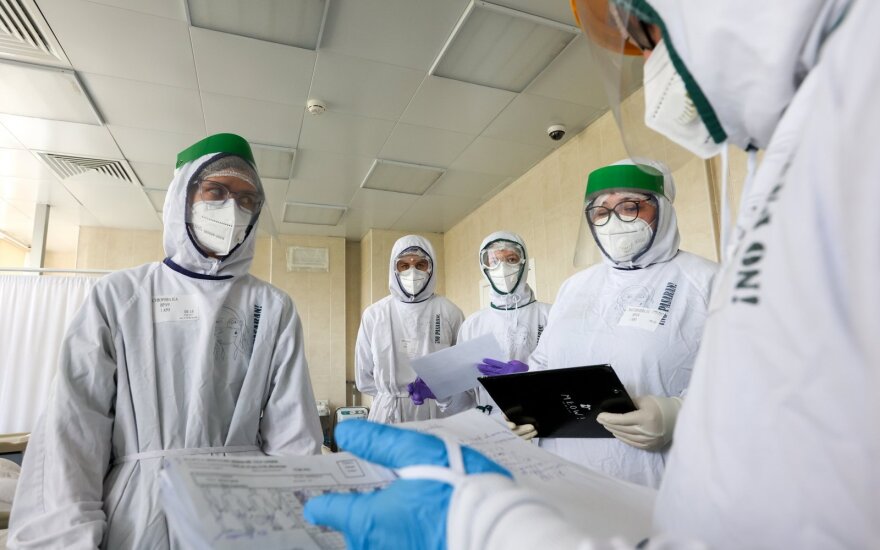 An alternative explanation, namely that the coronavirus escaped from a laboratory in the Chinese city of Wuhan has been a fringe theory for over a year. First popularized by the Trump administration in order to pin the blame for the pandemic on China, it has recently been reanimated with president Biden ordering the US intelligence services to conduct a new investigation into the origins of the virus.

It is important to note that no new evidence in favor of the “lab leak” hypothesis has emerged in the meantime – with the exception of unsubstantiated claims that several researchers from the Wuhan Institute of Virology were hospitalized with flu-like symptoms in late 2019. As flu-like symptoms can be caused by a variety of conditions, notably including the flu, and as primary healthcare in China is largely administered through hospitals rather than decentralized doctors’ offices, this may not mean much – although it has been enough to reanimate what, in the face of the available evidence, remains a rather implausible (though not impossible) explanation.

As the world is slowly starting to move past the SARS-CoV-2 crisis, the parameters of global governance will naturally be reconfigured in order to enhance preparedness and response for similar threats in the future. It is here where the origins of coronavirus pandemic matter – or, to be more precise, what governments and the wider public believe these origins to be. Zoonotic origin or lab leak: the governance implications could not be more different.

If the dominant narrative becomes that the coronavirus emerged through natural causes (which is, again, what the best available evidence suggests), the only logical consequence is to finally admit the fundamentally flawed relations that human societies have constructed with the animal world. Just as the emergence of bacteria with evolved antibiotic resistance is largely driven by the modern meat industry, so do viral threats result from unsanitary commercial practices meant to satisfy the gross imbalances in human dietary habits.

Most terrestrial biomass today consists of livestock such as cattle, chickens and pigs – which means that there is significant evolutionary pressure on viruses to adapt to the specific genetic profiles of such animals. Yet a zoonotic origin of SARS-CoV-2 would also highlight how humans are encroaching on ecosystems with species that have, so far, lived in relative isolation. As we expand the frontiers of human societies further and further into nature, we will thus naturally come into contact with harmful pathogens that we have no immunity against. 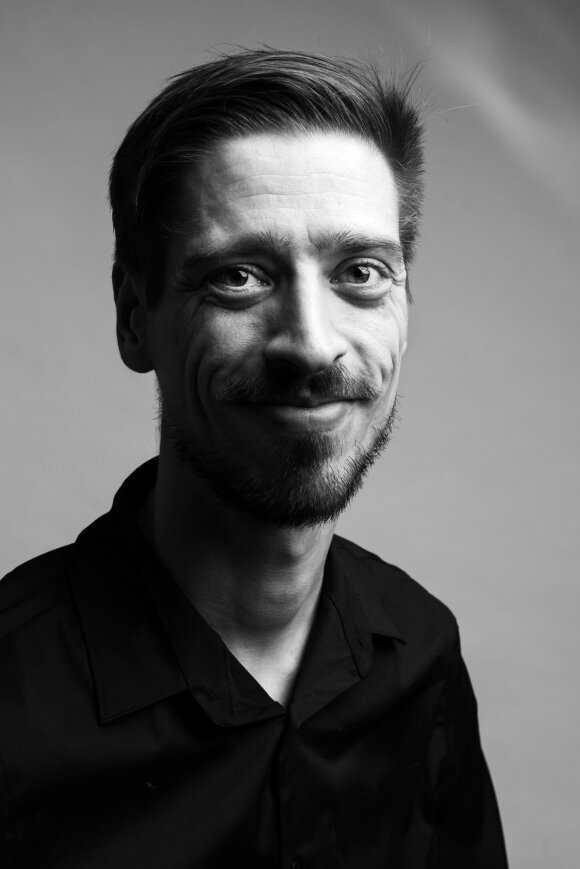 Natural causes, in other words, mean that we need to fix our relations to nature – which is something that health policy cannot deliver, but biodiversity policy can. This would mean that governments would need to get more serious not just about global biodiversity targets, but also their implementation on the ground. The current diplomatic negotiations on a global biodiversity framework up to the year 2050, which will conclude in October this year in the Chinese city of Kunming, thus give a unique opportunity for integrating the problem of zoonotic viruses into biodiversity policy. Yet even trade policy might make a better contribution to healthy (and ethical) human-animal relations, if governments would have better options for restricting imports of livestock and meat on sanitary grounds, without running the risk of dispute settlement for alleged trade discrimination.

The story would be very different for a laboratory leak. A residual statistical risk exists for organisms to escape from containment, regardless of whether we talk about coronaviruses or the most-extreme pathogens that can only be investigated under the strictest of biosafety standards. This also includes so-called “gain of function” research, where the infectiousness or lethality of pathogens is artificially enhanced in the laboratory, including to prepare for “what if?” scenarios (such as: “what if an Ebola virus evolves aerosol transmission?”).

One issue here, accordingly, is that certain types of biomedical research carry risks that can be reduced but never fully eliminated. The more we expand such types of research, including through the collection and analysis of wildtype viruses to scan for emerging pandemic threats, the larger the probability of organism escapes with harmful (or even disastrous) consequences.

The other issue is that there are few international standards and controls on laboratory safety beyond recommendations and vague reporting- and notification requirements. A laboratory origin of SARS-CoV-2 would then mean that, in addition to possibly curbing certain types of biomedical research, stricter international biosafety rules, together with effective mechanisms for monitoring and enforcement, are needed.

Whether this is politically realistic is debatable, though: some governments would likely be unwilling to agree to any international control mechanism which they would consider as infringing on critical scientific research with broad strategic dimensions. Twenty years ago, the diplomatic process for negotiating a compliance protocol to the Biological Weapons Convention collapsed for precisely this reason. If the lab leak hypothesis should go mainstream for whatever reason, it is likely that any efforts for enhancing the international regulation of biomedical research would quickly fizzle out in the face of strategic state interests.

The crisis as an opportunity

A zoonotic origin of SARS-CoV-2 is the best possible explanation given the currently available evidence, whereas a laboratory origin is possible but implausible. As always, what ultimately matters more than the truth is what people choose to believe.

The coronavirus pandemic is likely to set in motion broader attempts at reforming global governance, yet the direction of such attempts (and their likelihood of success) will depend on the precise image of the pandemic that will remain in the social consciousness. In that sense, the crisis may well offer a historical opportunity for rethinking and changing our relations with nature. 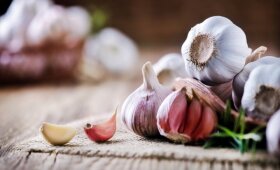 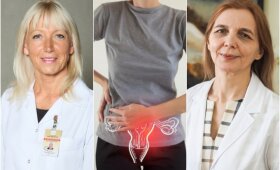 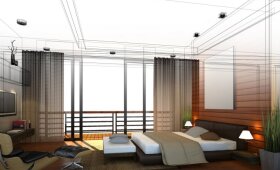 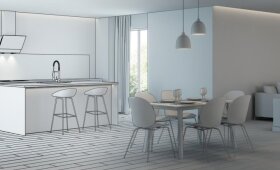 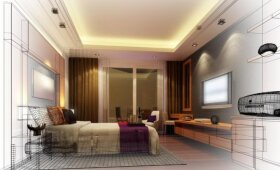 Number of COVID-19 hotspots dropped by almost half

The number of COVID-19 hotspots in Lithuania has dropped by almost half over the past week and...

On Wednesday, 34 new COVID-19 cases were recorded in Lithuania. In total, the country has already...

Lithuania to test all coronavirus patients for Delta strain

All coronavirus patients in Lithuania will be tested for the Delta variant as part of efforts to...

On Sunday, 22 new COVID-19 cases were recorded in Lithuania. In total, the country has already...

On Monday, 86 new COVID-19 cases were detected in Lithuania. Since the beginning of the pandemic, the...

On Tuesday, 80 new COVID-19 cases were detected in Lithuania. Since the beginning of the pandemic, the...

Takeaway food became an integral part of our lives. However, despite the convenience of such a... 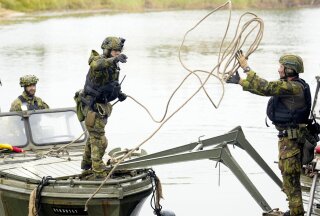 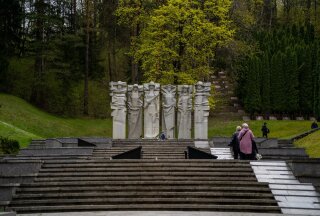