Fewer cigarettes sold but mortality due to smoking-related diseases increased

(1)
DELFI EN
aA
As official statistics of Lithuania show cigarettes purchase decreased last year but not the mortality rate due to smoking-related diseases. 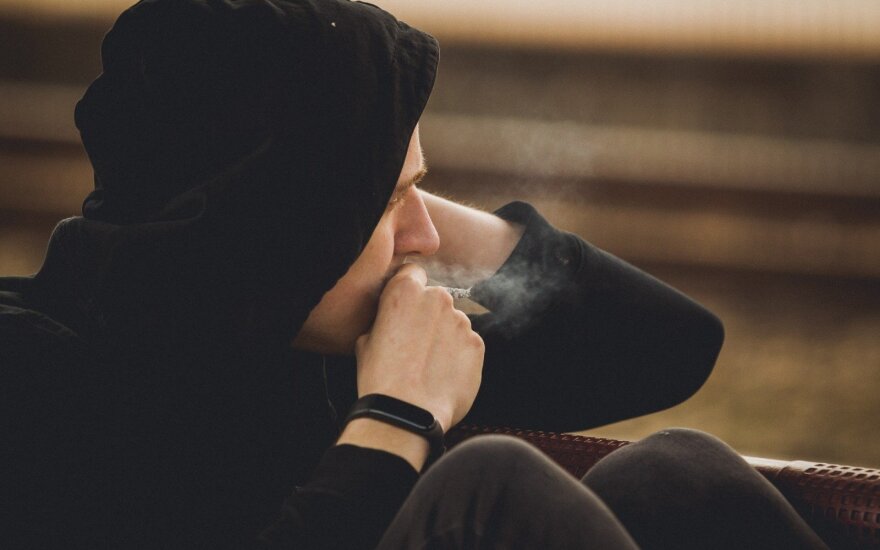 In 2018, 1,164 cigarettes were purchased in retail trade and catering enterprises per resident aged 15 and older. It is 3,2 percent less compared to 2017.

On the other hand, last year the production of cigarettes increased by 7,4 percent, exports increased by 8.6 per cent, while imports decreased by 12 per cent. However, imports were lower by 12 percent.

The prices of cigarettes grew by 7,6 percent last year. The price growth was conditioned by a higher excise duty that applied since 1st March 2018.

In Lithuania 1 652 persons died last year due to smoking-related malignant neoplasms, which is by 2 more than in 2017. Majority of people (79,8 percent) were males.

In 2018, there were 59 deaths from smoking-related malignant neoplasms per 100 thousand population (urban population – 53, rural population – 70).

Lithuanian Finance Minister Vilius Sapoka attempted to calm those who fear Lithuanians will rush to...

Tobacco display ban proposal to be put before Parliament

A proposal to ban retailers from displaying tobacco and its products is set to be put before the...

Idea to ban smoking on balconies not approved by Cabinet

The Lithuanian Cabinet decided on Wednesday not to approve draft amendments that call for banning...

Lithuania's ruling parties back the opposition's initiative to ban flavored e-cigarettes , their...

Lithuania slightly above EU average in terms of number of smokers

Some 28 percent of residents of Lithuania smoke, which is 5 percent more than the European Union...