Decision on Brazdeikis' Lithuanian citizenship due this year

(1)
BNS
aA
Lithuania's presidential office has received the lacking documents of Lithuanian-born NBA basketball player Ignas Brazdeikis, therefore, a decision on granting him Lithuanian citizenship might be made as early as this year. 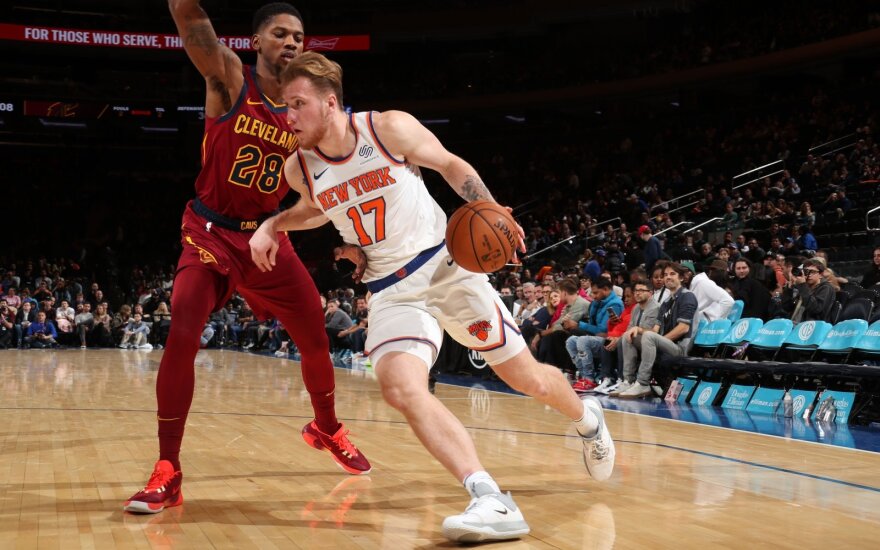 "The presidential office has received Brazdeikis' lacking documents that are necessary to consider the citizenship issue. A decision on his citizenship is likely to be made as early as this year," Antanas Bubnelis, spokesman for President Gitanas Nauseda, told BNS last week.

He said earlier this year that some of the documents submitted by the basketball player did not meet the official requirements, therefore, he was asked to provide additional information.

The Lithuanian Basketball Federation announced in late January that Brazdeikis, who was born in Lithuania, officially submitted all necessary documents and would seek Lithuanian citizenship which can be exceptionally granted by Nauseda.

Brazdeikis, 21, was born in Lithuania's second-largest city of Kaunas but later emigrated to the United States with his parents, later moving to Canada whose citizen he now is.

Brazdeikis now represents the New York Knicks but mainly played in the NBA G league where he was one of the Westchester Knicks' leaders.

Sabonis to lead basketball federation for another year

As the coronavirus has affected the basketball schedule in Lithuania, the Lithuanian Basketball...