BNS
aA
Lithuania's Environmental Protection Agency has withdrawn its permit for the Francesko Jung circus from the Czech Republic to publicly exhibit its elephant. 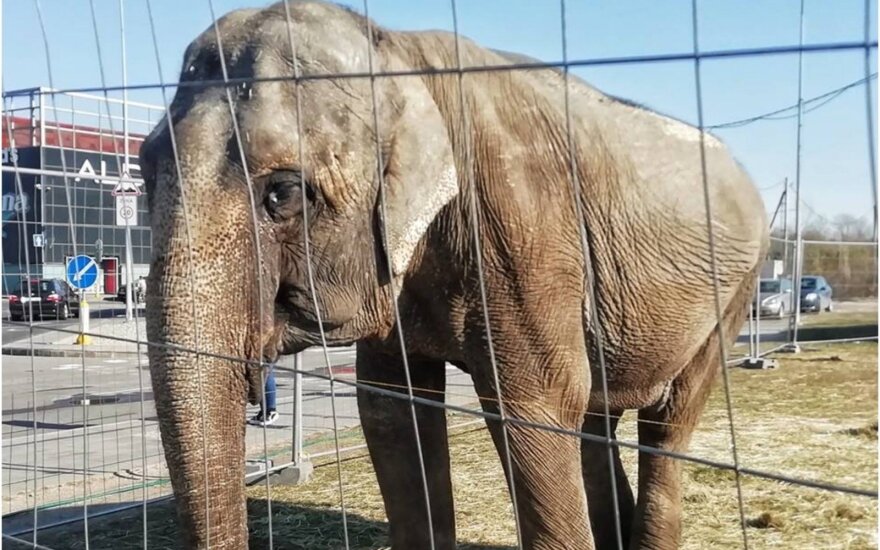 "Upon discovery of violations related to the animal's welfare, the animal's improper care and failure to comply with the animal exhibition conditions stated in the permit, the agency has made the decision to withdraw the issued permit," the agency told BNS Lithuania.

The document in BNS Lithuania's possession states that the circus is allowed to publicly exhibit the elephant from the middle of April, but the circus started doing so on March 27.

The agency states that due to Lithuania's climatic conditions, the most appropriate month to bring the animal in is April, therefore issued the permit from the middle of April.

The Environmental Protection Department told BNS Lithuania the circus will be visited on Friday to see if there will be performances with the elephant and will make appropriate decisions.

The circus is now in Visaginas and shows are planned on Friday, Saturday and Sunday.

Bear drama: owner of circus barricaded himself with wild animal

The owner of “Circus of Ąžuolyns bears” Nikolaj Zobov lost his licence to keep wild animals...

Spending the first month of summer in Kaunas ? Great. Kaunas have prepared something for you.

“ Cirkuliacija ” is inviting everyone for a festive experience that is accessible, interesting and...

Government proposes banning use of animals in circuses

The Lithuanian government on Wednesday proposed to the country's parliament to ban the use of mammals...