Alpine skier Ieva in Pyeongchang: I’m exited but I don’t feel the Olympic vibe yet

...
Jennifer Virškus from Pyeongchang
aA
So as Lithuanians, we’re used to cold weather. But the frigid temperatures and biting wind chill in Pyeongchang can make even a January day in Vilnius feel balmy. I met up with Ieva Januškevičiūtė, representing Lithuania in the women’s alpine skiing events, the night before what was supposed to be the women’s giant slalom. But wind speeds up to 80km ultimately cancelled the race. It was rescheduled for Thursday. 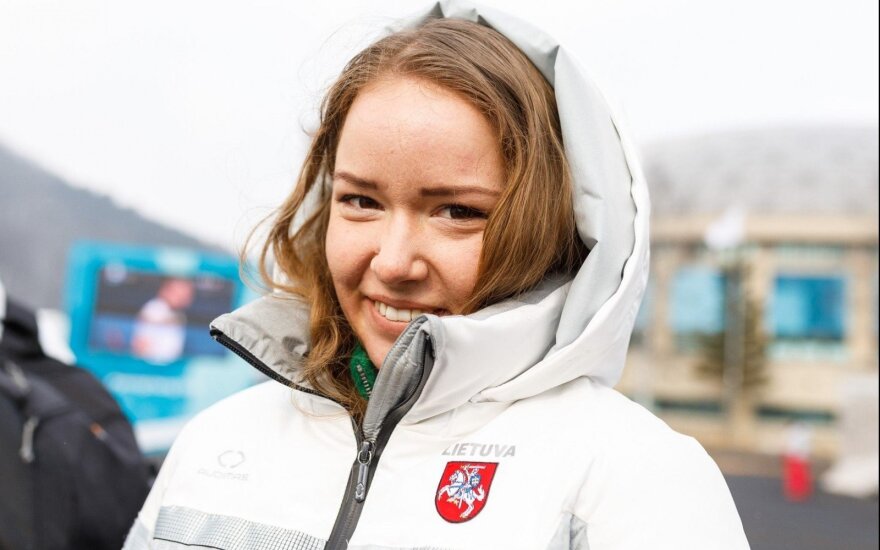 Ieva was a member of my ski club, Kalnų Ereliai and I've always said that if any of my team go to the Olympics, I'm going with them.

This is Ieva's second Olympics. At the 2014 Games in Sochi she became the first Lithuanian woman to compete in alpine skiing. She was 19 at the time and it was only her fourth major competition. The conditions in Sochi were famously warm, which made the course particularly challenging for racers with higher start numbers, and Ieva struggled.

This time around, she's approaching the games with a level head and optimistic outlook.

"I don't feel the Olympic vibe yet. I feels just like any other World Cup race that I do. I'm excited, not nervous, but in a nice way, with some butterflies in the stomach. It's not the same like was in Sochi. It's quite a different feeling. I think it's partly my age and partly the worldview that has changed," she reflected.

The entire Lithuanian team is living in the Pyeongchang Olympic Village. "It's nice because I get to finally meet the other Lithuanian athletes," she said. She arrived several days before the Opening Ceremony, which has given her ample time to get on the local schedule. Days are long, early starts, time in the gym, training on the race slope, ski preparation, dinner and bedtime.

"Today we had free skiing on the race slope, and after there were a lot of girls that came down. We were just chatting. There was Lelde Gaisuna from Latvia, Sarah Schleper from Mexico, then the girls from Romania, Chile, Nino Tsiklauri from Georgia, from Ukraine, and Thailand. It was really chill, we talked about the course," said Ieva.

With the very cold temperatures, the snow on the slope at Yongpyeong Ski Area is firm and Ieva expects the course will hold up well for the higher start numbers.

She's enjoying Pyeongchang off the snow too. "There's a lot of Asian food in the athletes cafeteria, and the best burgers ever. Well not the best, but I was not expecting so good. Yesterday I ate two!" she laughed.

At the opening ceremony, a selfie with Shaun White was the selfie to get. "I saw him and I didn't want to ask for a picture because he's so famous. But then I just decided to do it. He's so much of a superstar, but he was so sweet," said Ieva.

Her first race will now be the women's slalom—her favorite event—on Valentine's Day, with the giant slalom the day after. Andrijus Drukarov will start the men's giant slalom and slalom on Feb. 18 and Feb. 22.

In other Lithuanian news, cross-country skier Mantas Strolia had to retire from the skiathlon event after a fall while biathlon skier Tomas Kaukėnas posted Lithuania's best result in Olympic competition as an independent country when he finished 13th in the 12.5km pursuit race on Monday.

"I experienced every emotion yesterday. And today I was completely calm and happy in the race. Yesterday there was a lot of joy. Therefore, although the place today and higher, there is no such high euphoria," the 27-year-old skier told Sportas.info. He was 17th in the 10km sprint on Sunday.

Lithuania's President Dalia Grybauskaitė has welcomed the decision taken by the International...

Lithuanian president off to South Korea for Olympics opening

Lithuanian President Dalia Grybauskaitė is on Tuesday leaving for South Korea to attend the Winter...

President Dalia Grybauskaitė met on Thursday with Lithuania's national team, who are leaving for...

Ieva Januškevičiūtė: I had to do my job

Lithuania’s Andrej Drukarov and Estonia’s Tormis Laine made their Olympic debut in the men’s... 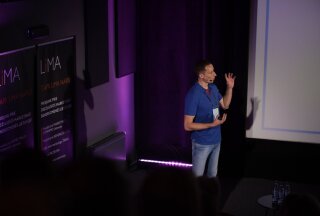 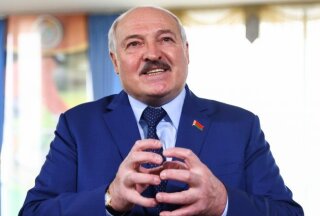