5 conspiracy theories about COVID-19 that the world still believes in, and a game to help develop resistance to lies

(1)
DELFI EN
aA
As the situation with COVID-19 deteriorates, the world is also facing a global ‘pandemic of disinformation’. The conspirators are taking advantage of the crisis that has befallen us all, creating unexpected stories that, like the virus, are already spreading online and are affecting more and more gullible people. However, there are also ingenious tools to help combat lies. One of them is the Bad News game. 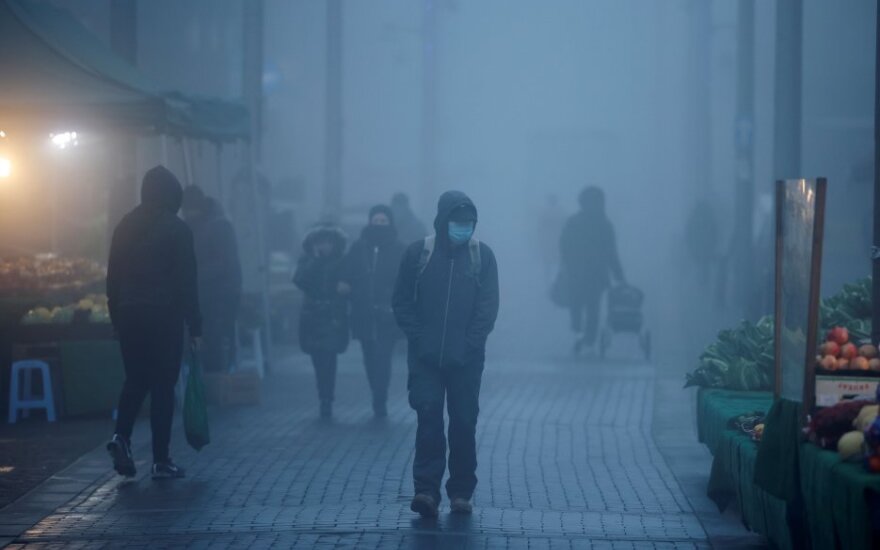 Here are the 5 most popular conspiracy theories which many people, unfortunately, still believe in, even though they all are simply false.

Conspiracy theories about 5G began to spread long before the coronavirus crisis hit the world. It was claimed that these communications damage the brain, that it can manipulate human thinking, and many other unbelievable theories. Therefore, with the onset of the COVID-19 pandemic, it was easy for the conspirators to continue their misinformation on 5G because, like the virus, it originated in China and became widely used during the pandemic.

Related articles
Dangers of fake news: people exposed to disinformation may lose touch with reality
Recognize disinformation: after this game, you will be expert in recognising fake news

However, this conspiracy theory can be easily disproven: it is biologically impossible for viruses to spread through the electromagnetic spectrum. The spectrum comprises waves/photons, while the virus is biological particles that are made up of proteins and nucleic acids. The World Health Organization (WHO) also emphasises that viruses cannot spread via cellular networks, and cases of COVID-19 are being recorded in the entire world, even in those countries that do not use 5G networks.

Unfortunately, such obvious facts do not stop various people who call themselves activists and their believers from spreading this false information. As a consequence, there was even a case in the UK where 5G cellular towers were set on fire.

The virus was developed in a Chinese laboratory

COVID-19’s ‘home country’ is China. And the original epicenter of the epidemic, Wuhan in China, is also home to the Institute of Virology where scientists have long studied bat coronaviruses. This was a perfect coincidence for conspiracy theorists. According to them, due to the negligence of the scientists the virus ‘escaped’ from the laboratory and thus spread to China and later to the entire world. 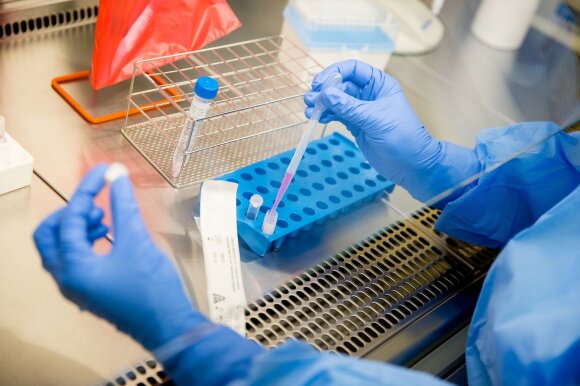 The theory was originally developed in a short hour-long documentary by The Epoch Times, an English news source based in the United States and linked to the Falun Gong religious cult that has long been persecuted by the Chinese Communist Party (CCP). The Epoch Times called for COVID to be called the ‘CCP virus’. This theory has become very popular, it was covered even by such media giants as the Washington Post or the Times.

At one time, this conspiracy theory was almost believed by the staff of the Institute of Virology themselves. One researcher at the institute – known virologist Shi Zhengli who had been researching bat fecal samples in caves for many years and was an expert on a previous SARS outbreak – was quite concerned with this theory. She frantically checked the lab records for a few days to make sure whether there really was a human error. She admitted she had felt relieved when the genetic sequence showed that the new coronavirus did not match any of the viruses that had been selected and tested at the Wuhan Institute of Virology.

Coronavirus was developed as a biological weapon

A more radical version of the conspiracy theory described above is that COVID-19 not merely ‘escaped’ from the laboratory but was specially developed by Chinese scientists as a biological weapon to fight the West.

The theory that the Chinese created the virus themselves is particularly popular among right-wing politicians in the US. This conspiracy theory gained a lot of popularity thanks to US Senator Tom Cotton and Washington Examiner (a very conservative media outlet) who claimed that the Wuhan Institute of Virology was involved in Beijing’s secret biological weapons program.

Now that scientists with the help of genetic sequencing have unequivocally proven that SARS-CoV-2 is a virus of completely natural bat origin, this theory can be confidently refuted. Since then, Washington Examiner has added a correction at the top of their original article, acknowledging that the story is probably false.

Another conspiracy theory, which is very popular in Lithuania as well, is that COVID-19 infection and death rates are fictitiously increased. Therefore, there is no reason to comply with the quarantine rules or other measures of social distancing. According to the disinformation spreaders, the medical masks, self-isolation and social distancing are only a means of control and people are specifically intimidated into applying them by announcement of incorrect numbers of infected cases.

Although this is said by quite a few people who consciously or subconsciously believe in this theory, the first creator of this myth is considered to be Dr Annie Bukacek whose speech, where she ‘warned’ people that COVID-19’s death certificates had been manipulated, was viewed by more than a quarter of a million times on YouTube. 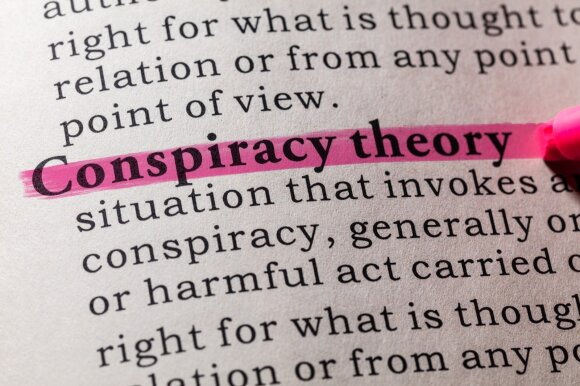 A study by Rolling Stone reporters revealed that the woman is in fact a far-right activist fighting against vaccination and abortion, and her claims that COVID-19 mortality is falsified have no basis. Due to the lack of testing measures and human resources in many parts of the world, the current number of deaths and infections with coronavirus is more likely to be much higher than reported.

COVID-19 does not exist

And finally – the cherry on the top. These professional conspiracy theorists claim that all the deaths, the overcrowded hospitals, the people’s stories of how they felt about coronavirus are lies because COVID-19 does not even exist in the first place and it is just a masterplan devised by the globalist elite to deprive all people of their freedom and to divert our thoughts from their dirty business.

Moreover, the incubation period for coronavirus can last up to two weeks, while that for influenza typically lasts only up to three days. In addition to being rapidly contagious, coronavirus can be particularly dangerous to healthcare systems since an average of 19% of all the cases require hospitalization. For comparison, only 2% of the patients with influenza require hospital care. So no matter how much some people try to prove that the virus does not exist, the facts tell an entirely different story.

A game that increases resistance to fake news

To fight disinformation, a special game called Bad News was developed. The game was introduced in Lithuania by the initiative Demaskuok.lt, which unites representatives of the media, society, and the state against propaganda and fake news. The need for it derived naturally due to the growing public attention to fake news. 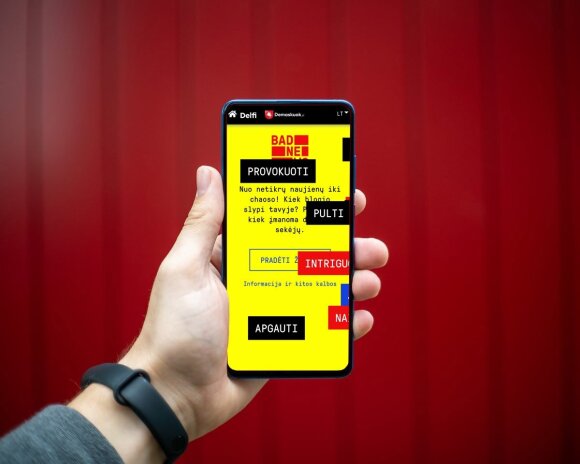 The Bad News game is an alternative way of reaching those people who are less interested in the effects of disinformation. In general, the game format is universally recognised as one of the most effective ways to absorb information.

This game features 6 disinformation techniques that are widely used in reality and have been simplified to the game level. These include impersonation, emotion, polarisation, conspiracy theory, discrediting, and trolling. In the game, you play as a propagandist on Twitter, and the game narrator teaches you step by step how to deceive people. At first, the disinformation is subtle, but later the bar is raised, and the plot gets less and less realistic.

All that’s left to do is to try the game for yourself: http://getbadnews.delfi.lt/. The Bad News game is already available for the residents of Lithuania, Latvia and Estonia, who are welcome to play it and test their resistance to fake news

Fake news creates the illusion of an alternative reality for those who read and listen to this form...

Recognize disinformation: after this game, you will be expert in recognising fake news

The game Bad News , at first launched in Lithuania, is now being introduced in Latvia and Estonia,...

Lithuanian's Foreign and National Defense Ministries and the State Border Guard Service have on...