Former students on life in Vilnius: we were advised not to smile randomly in the streets 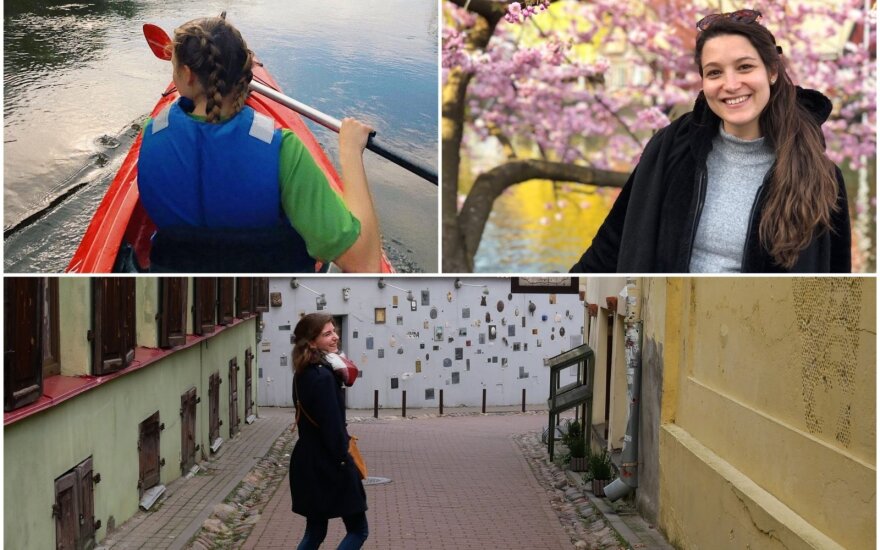 Mostly, the three students chose to spend their Erasmus semester in Vilnius to discover something new. Natalie, a Russian-born marketing student from Germany, was the only one to know a bit about the country before coming: "I heard from my mom who had been in Vilnius for vacation when she was still a teenager. She truly enjoyed it!"

The 25-year-old Italian Aurora explains another reason behind her choice: "I decided to go to Lithuania because of my Russian course. In Italy, my Russian teacher was so strict that we were afraid of her, and I started to hate this language. But I didn't want to: I chose to study in Trento especially for Russian." She adds: "It was better in Lithuania. Moreover, we had an awesome teacher." 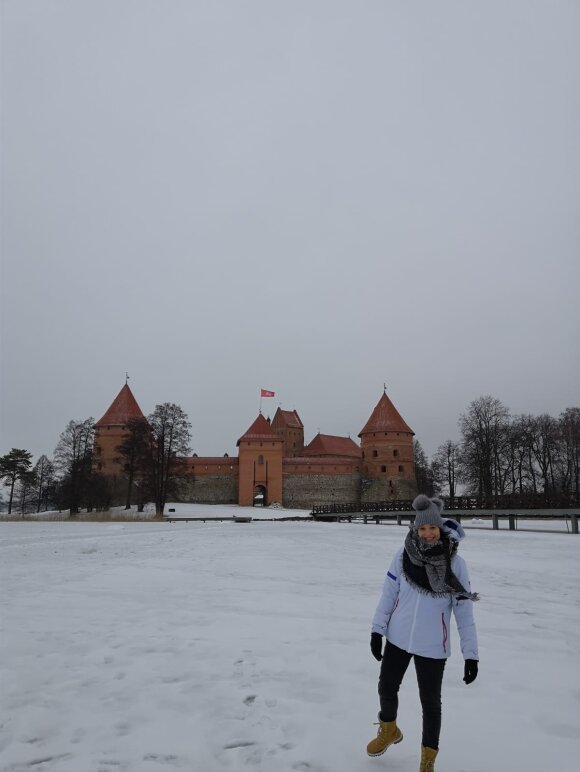 Aurora Lovato
© Asmeninins albumas
Related articles
Colombian student in Vilnius: once you go to other countries, you open a door that may be difficult to close
French student shares his fears before coming to Vilnius  (1)

The Orientation Week's inaugural conference was very striking for Aurora and Natalie. They both remember one piece of advice: do not smile randomly in the streets. Natalie sums it up: "A teacher told us that, when you smile at Lithuanians, sometimes they will think that you're crazy or that there is something funny about them…"

Aurora almost found it scary at the beginning: she arrived in January, when there were few hours of light, the weather was cold, and no one was smiling in the streets, so she thought that people were sad.

For Charlotte, a French journalism student, this aspect was quite frustrating: she enjoys small talk and smiling people. In Lithuania, she couldn't start a conversation with a stranger. She'd liked to learn about Lithuanian traditions from a grandpa sitting in a park and loving to tell stories. 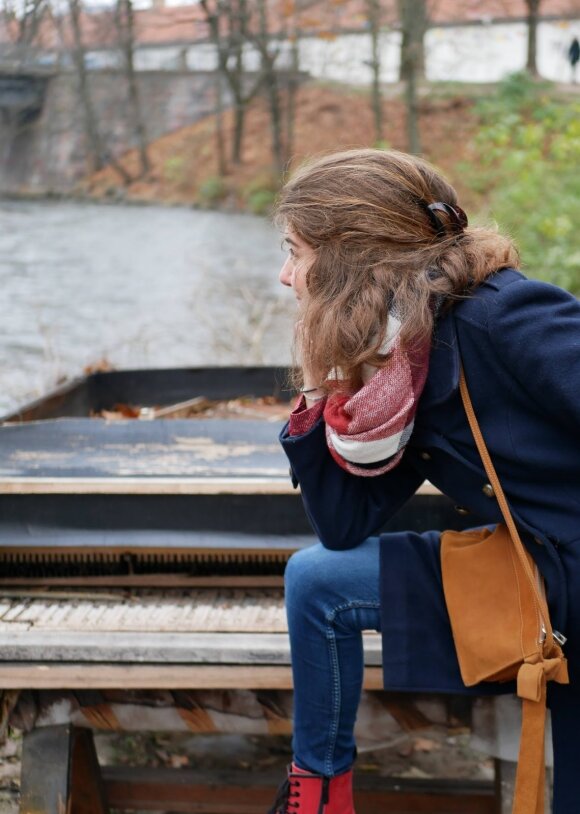 She recognizes that the language barrier played a role: "Lithuanians were already a bit happier when I was saying some words in their language. I think I should have made an effort to learn Lithuanian but staying only five months it was a bit discouraging: this language seems very hard."

She even tells a story on this topic: "Once, I was at the Maxima, and I wanted to order fish from a Lithuanian lady. I was struggling to communicate with her. I was trying to show with my hands but got embarrassed: I felt like she wanted to help me, but I was annoying her at the same time. In the end, I didn't buy the fish"

Natalie also regrets not having learned more Lithuanian. She expected this language to be a mix of Russian and Romance languages. Once in Vilnius, she realized that Lithuanian is not similar to any language she learned: "Lithuanian is like a philosophy or a science for me…"

After some months in Vilnius, the three foreigners got accustomed to the company of Lithuanians. Natalie noticed that they tend to be a bit shyer than the people she encounters in Germany. However, she found them very welcoming and nice, especially people her age. Nevertheless, she also spent a few evenings with her 94-year-old neighbor, a Russian-speaking lady who lived alone. 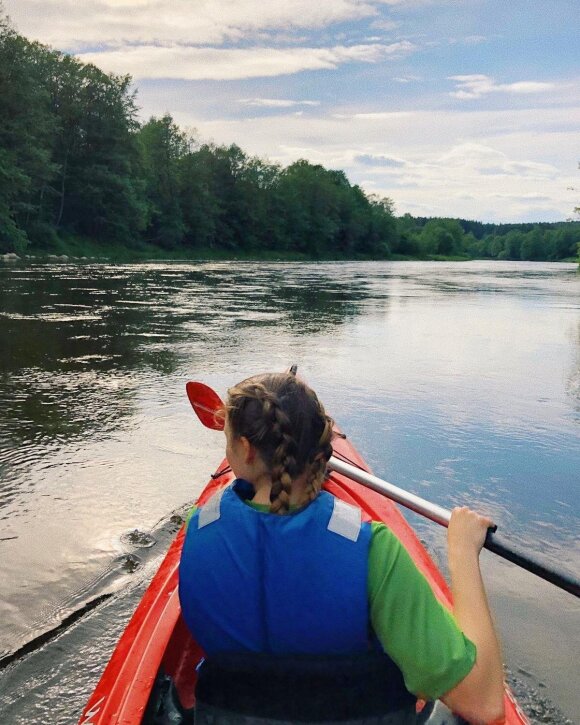 Charlotte sums it up: "It takes time to understand Lithuanians, but they are very kind people. English-speaking ones always tried to help us. When I arrived in the flat, my landlord warned me: Lithuanians are a bit cold, but in the end, they are lifelong friends. That's so true!"

She also noted that they tend to be more respectful than French: "I lived in the city center, in Traku street, and people didn't lock their bicycles and scooters. In France, everything would have been stolen…"

Aurora discovered a lot once in Vilnius: "Before going there, I didn't know Lithuania, its culture, its traditions… it was a beautiful discovery for me! I loved Uzupis." The self-proclaimed Republic is also one of Natalie's favorite memories: the first time she went there, she fell in love with it. For her, it is kind of another city inside the city.

In general, the three students learned a lot about Lithuanian history and traditions: the Baltic way for Aurora, the two independence days for Charlotte, and the Jewish culture for Natalie. Both Charlotte and Natalie describe the KGB museum as a must-visit in Vilnius. 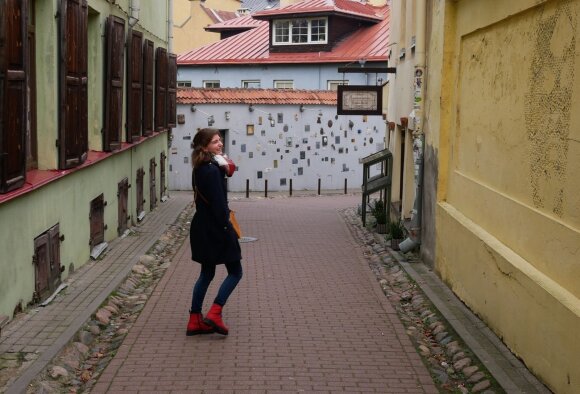 Charlotte also enjoyed learning about all the stories and traditions of Vilnius and Lithuania, for instance, the legend of the creation of Vilnius, with Gediminas falling asleep on a hill.

The first weeks, she was journaling her experience in Lithuania and the differences she encountered: "Politeness in Lithuania is very different from that in France", "Lithuanians don't smile", "Lithuanians are superstitious", "You shouldn't whistle inside because it brings bad luck", and so on.

Back during her time in Vilnius, Charlotte wrote some articles for a blog that helped her learn more about the country. To deepen her understanding, she also owned a small travel guide.

Aurora's only bitter memory is the weather: she likes hot weather and was freezing in Lithuania. At first, Natalie disliked the weather too, but surprisingly this is what she misses most now: "I remember that when I arrived it was so cold, it was completely white, there was snow… Right now, when I look at the winter in my country, it feels kind of boring."

Aurora's Instagram homepage is full of Lithuanian news. If Natalie knows that some national holiday is happening, she sometimes looks up how it went and watches the pictures of it. 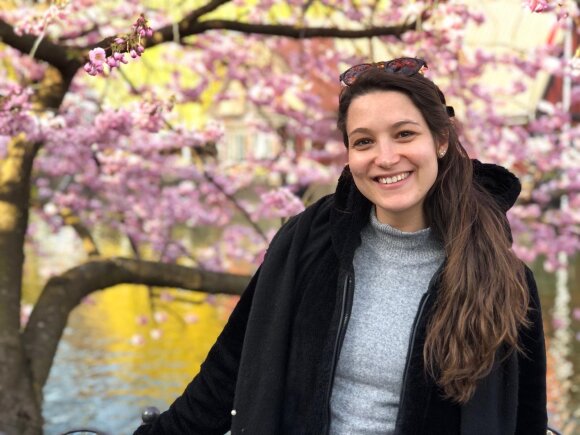 On her side, Charlotte tends to pay more attention to the articles speaking about Lithuania in the media: "I'm much more interested in it. I even talk about it around me because people don't know this country."

Natalie misses living in a place where she can constantly learn something new: "At the end of my stay, I still felt a little bit like a tourist, not in the way that I didn't feel at home, but I walked around with my eyes open all the time." Like Charlotte, she misses living in a small city as well.

They all plan to come back some day but do not have the same reasons. After graduating in languages and tourism, Aurora wanted to have a celebration party in the Salento night club around the 1st of April 2020 (also the day of Uzupis independence!). Because of Covid-19, she had to cancel her trip.

Charlotte and Natalie would like to go to Lithuania on holiday: they still have a lot to discover in the country, mainly the coast. Natalie could as well imagine doing an internship there. 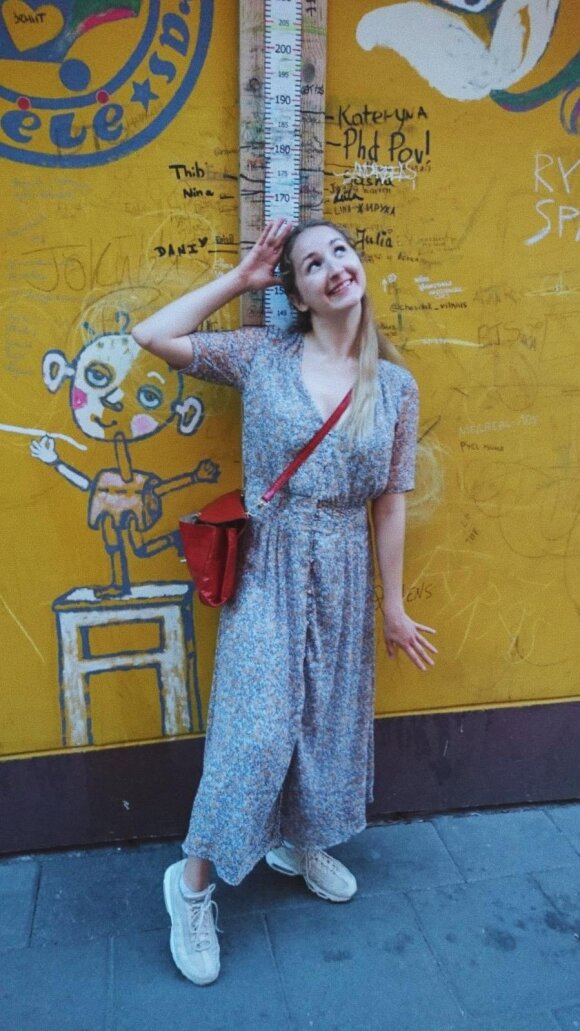 Despite the pandemic, Vilnius University continues to welcome foreign students for a current total of 387 Erasmus students, amongst whose 100 Italians, 95 French (the two most popular countries of origin), and 48 Germans.

French student shares his fears before coming to Vilnius (1)

Cameroonian Collette chose Vilnius for her studies: go-getters always have a way out 176 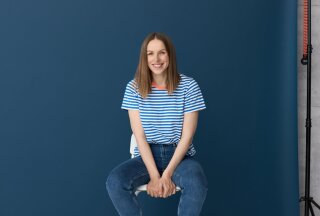 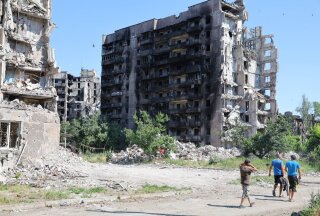