Expat from Japan: customers are treated more respectfully in my country

(3)
DELFI EN
aA
In Japan, it is common to eat a sponge-like Christmas cake during Christmas explains student Tetsuya Oka from Tokyo. 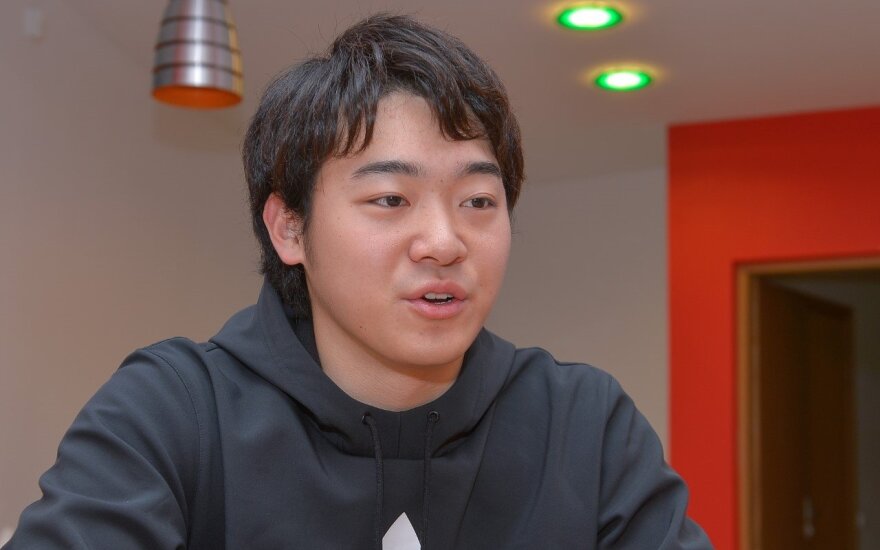 He is now studying Linguistics and taking a Lithuanian language course at Mykolas Romeris University in Vilnius. He finds Lithuanian difficult, but is determined to learn.

- Why did you come to Lithuania?

- My University in Tokyo, Soka University, partners with MRU in Vilnius. I wanted to be a pioneer – to come to Lithuania and become the first student from my University to study here. Lithuania is also the first European country that I have visited. I have gone to the Philippines, but never to Europe.

- What did you know about Vilnius or Lithuania before coming here?

- I had no idea about Lithuania and that is why I was interested in coming here and discovering. My friends in Japan, when they found out I was going to Lithuania, asked me where it is. Japanese people don’t know much about Lithuania.

Related articles
Expat living in Vilnius: French do not understand Lithuanians in this area
Spanish expat reveals how colorful life in Lithuania   can be

Of course, I had heard about Japanese diplomat Chiune Sugihara (1900-1986) posted in Kaunas, who rescued about 6,000 Jews from the Holocaust.

I have not yet visited Kaunas, but plan to do so to see the Sugihara House. I was only 10-11 years old, when I watched a movie about Sugihara on a website. I studied and learned more about him later. He saved thousands of Jews.

- You are studying Lithuanian. Is it difficult for you?

- When I first decided to come to Lithuania, I thought it would be useful to learn some phrases so I could communicate. I decided to learn more Lithuanian, when I came here only this semester.

It is completely different from my native language. Lithuanian has so many declensions. That is very difficult for me. My language doesn’t have anything like that, so it is difficult.

- How do you find Vilnius now after living here for several months?

- When I came here, I thought it’s very beautiful. Vilnius has some very old, historic buildings. Japan has very old buildings too, but the architecture is completely different. In my home town we have buildings made of wood and it looks dark. In Lithuania the wooden buildings are of a lighter colour.

- What are the main differences between Japan and Lithuania?

- Some of my European friends say Lithuania is very cold. But I don’t think so. It can get cold in Japan too.

Here there is no smile and often the waitresses and staff don’t say anything welcoming to their customers. I think this is the main difference. I am still getting used to the cultural differences.

- In Japan we have just lecture-type classes and there are 100-200 students in a class. But here in this university, we have lectures and seminars and there can be only 25 students in a class. So, here in Vilnius, I noticed that we have a lot of conversation and discussion in class. Also, unlike Lithuanian students, Japanese students hesitate to express or share their opinions.

- Do you miss Japanese food, sushi?

- Yes. I miss Japanese tea and sushi. I tried the sushi here, but it’s not traditional sushi that I am used to. It is difficult to find ingredients for Japanese meals here in Vilnius.

The biggest difference is rice. Rice in Japan is more sticky. Here we don’t have any sticky rice, but I did find something called sushi rice in the supermarket, which is kind of similar. Also, I did bring some tea with me from Japan.

- Did you try Lithuanian food or the pink soup?

- I tried it but I don’t like it. I like cepelinai instead. I also ate traditional kibinai, when I visited Trakai recently and I really like the ones with meat. It tasted good.

- Do you celebrate Christmas in Japan?

- Yes, we celebrate Christmas by eating a traditional sponge-like “Christmas cake”. I like the Christmas cake that is with chocolate because usually this cake is white.

In my family we eat Christmas cake and have sushi on Dec. 25th. We don’t make the cake, but buy it in the bake shop. On Christmas Day we give presents to each other too.

- What about New Year’s Day? Do you celebrate?

- Yes, we celebrate on January 1st. We gather with family members and spend time together. We drink green tea. The elders in the family like to drink rice wine.

I personally like red wine, for example from Spain. Also on New Year’s Day, the Japanese eat a traditional osechi lunch, which is food that comes in colourful dishes packed together in boxes called jubako. Every dish of these traditional foods has special meaning in welcoming the New Year. Some popular orechi dishes include candied sardines, salmon rolls, simmered shrimp, yellowtail teriyaki, candied chestnut and sweet potatoes. There is a lot more food served during New Year’s than during Christmas. I will miss those foods this New Year because I am in Europe.

Expat living in Vilnius: French do not understand Lithuanians in this area

Expat from Costa Rica: I was told that people in Lithuania were cold and closed (2) 403

Adrian Muller from Costa Rica visited Lithuania first time in 2010. He came to the country when an...

Crazy about coffee: Ukrainian is looking for best cafe in Vilnius (4)

Cameroonian Collette chose Vilnius for her studies: go-getters always have a way out (2) 176

Dulkys expects June to be last month under lockdown

On Sunday, 28 new COVID-19 cases were recorded. Since the beginning of the pandemic, the country has...