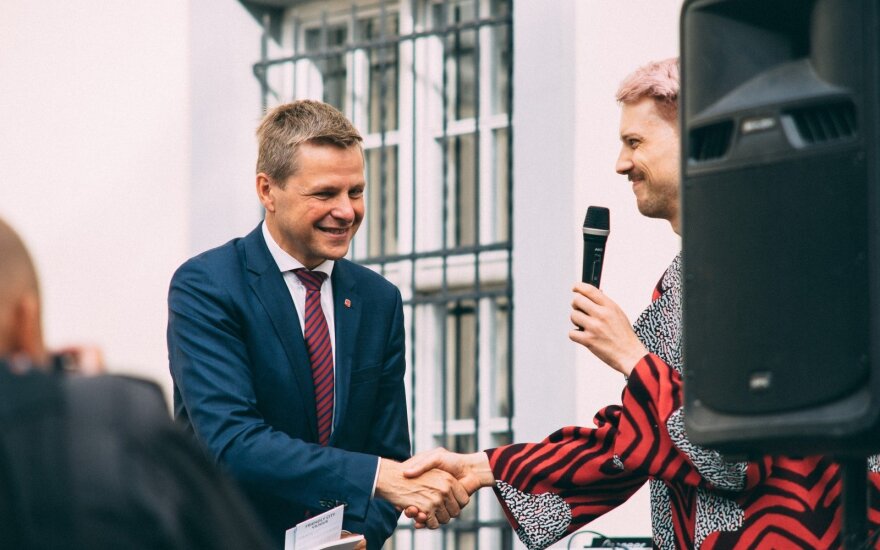 “Vilnius is a city friendly to all, welcoming and open minded. These aren’t just empty words – these have been core Vilnius values for centuries. Our city has been a haven of tolerance since Grand Duke Gediminas wrote his famous letters inviting other Europeans to settle here” – said Mayor Remigijus Šimašius at the opening event. The Mayor also thanked the organizers and participants in the project: “Thanks to all those who are ensuring that people will feel welcome in your cafes, shops and hair salons. I thank all of you for spreading love, setting a great example and creating a free and open Vilnius.”

The project was initially started in 2012 by filmmaker Romas Zabarauskas as an initiative to increase LGBT+ visibility. He was joined by Vilnius City Councillor Mark Adam Harold and the project grew to include other “friendly” categories, encouraging shops and restaurants to have wheelchair access, vegan options or simply to be welcoming to pets. In addition to printed maps, all the friendly venues can be found online at friendlycity.info.

The big news this year is the Friendly Stories photobook which includes ten different interviews by filmmaker Romas Zabarauskas with photographs by Arcana Femina. Both artists are themselves openly queer, gay and pansexual respectively. They used their access and trust within the local LGBT+ community to create a platform for some challenging stories that will increase acceptance and diversity in Lithuania.

Among the subjects is Rolandas Skabickas, a Chief Petty Officer in the Lithuanian Navy. Recently back from a humanitarian mission to Somalia, Rolandas decided to come out as gay in order to break hurtful stereotypes. As an openly gay Lithuanian military officer (a first in the country) his story will certainly push some boundaries. In another story, a trans nurse Danilas Pavilionis shares his hopes and worries about his future in Lithuania. Elsewhere, bisexual business woman Dovilė Stonė sees her future in Kaunas, where she established a peanut butter company. While 6 out of 10 stories in this publication are LGBT+, the other four represent different challenges for people in Lithuania, such as being vegan, Muslim or living with disabilities.

For a country where same sex partnership is still impossible and LGBT+ equality is lacking in many areas, Lithuania can surprise you with its continued efforts to create an equal and friendly society. In 2017, Lithuania became the first country to grant asylum to gay and bisexual refugees who were fleeing the homophobic purge in Chechnya. In 2019, it’s Vilnius’ turn to host Baltic Pride on its rotation around the three Baltic countries. The previous parade in 2016 met with almost no opposition and the next is expected to be a huge celebration of equality.