Tolerance and awareness-promoting initiatives honoured with Equality and Diversity Awards

the Lithuania Tribune
aA
The annual Equality and Diversity Awards were handed out on Monday to celebrate projects and initiatives that contributed to advancing human rights and tolerance in Lithuania in 2015. 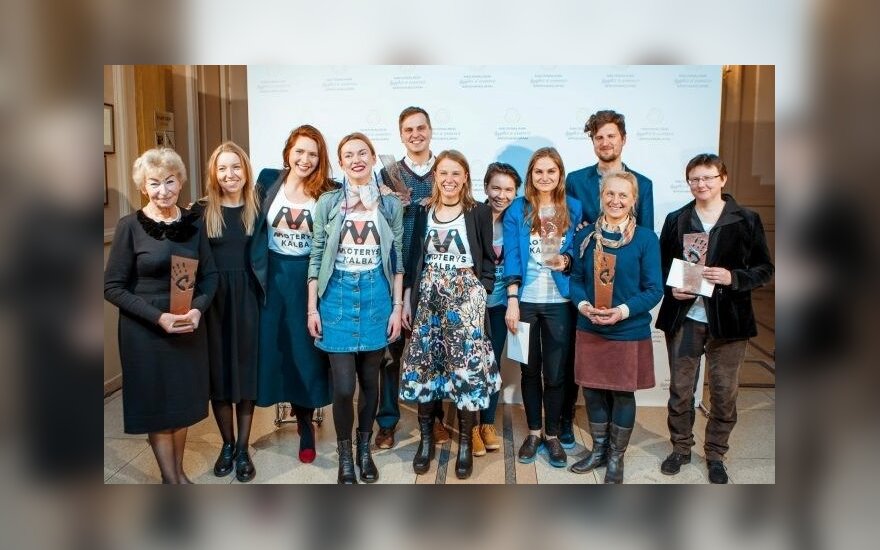 The awards were handed out for the third time by the Equal Opportunities Ombudsperon's Office and the National Equality and Diversity Forum, an association of non-governmental organizations.

"Women Speak", an initiative by a group of young feminists, was awarded in the gender equality category. The project is a media initiative sharing stories of women speaking about challenges they face and inequality.

"I will take in a refugee", a project promoting awareness of problems facing asylum seekers, was awarded in the category for advancing cross-cultural dialogue.

In the LGBT rights category, the award went to a self-help group of parents with gay, lesbian, bisexual or transgender children.

Filmmaker Lina Plioplytė was recognized for her documentary "Advanced Style" which, the award organizers thought, promoted respect for and awareness of senior citizens.

Kristina Dūdonytė received an award for her work with people with disabilities.

Religion scholar Aušra Pažėraitė was awarded for her research and publications dispelling prejudice about other religions.

Eglė Jokužytė's initiative of publishing illustrated books for blind children was awarded as the "breakthrough of the year".

The media award went to photographer Artūras Morozovas for documenting the plight of refugees from the Middle East to Europe and the conflicts in Ukraine.

Danutė Mituzienė, who is running a kindergarten and a daycare centre for children "Nendrė", was honoured with an award for lifetime achievements.

Gender equality has still a long way to go in the EU, although Europe is considered one of the...

The Lithuanian Gay League invited swimmer Rūta Meilutytė to march in the Baltic Pride event in...

The Baltic Pride is returning to Vilnius this June. The third LGBT pride event in the Lithuanian...

The share of females in top positions in Lithuania is among the biggest across the European Union...

The Lithuanian Health Ministry plans to take steps to ensure that transgender people have access to...