BNS
aA
Lithuanian theatrologist, literaturologist and human rights activist Irena Veisaite has passed away at the age of 92, her friend and former student Marius Mikajalunas has on Friday confirmed it to BNS. 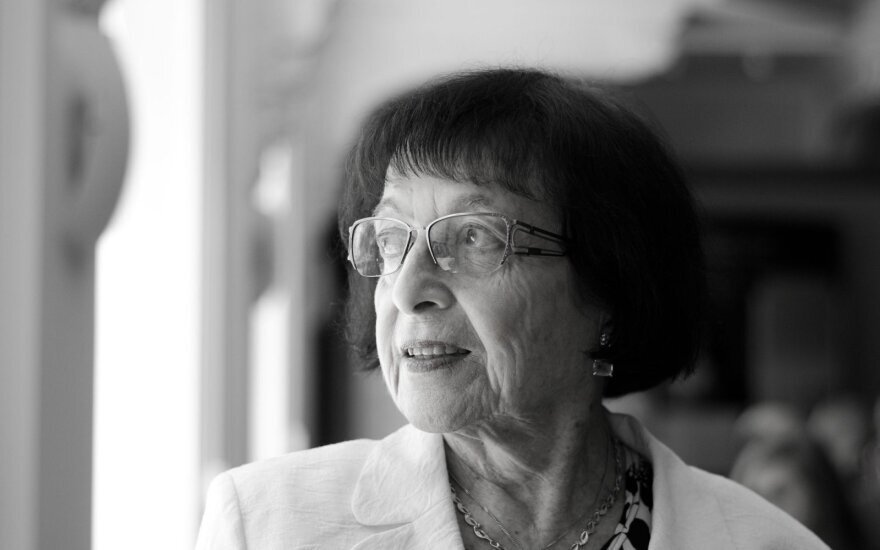 "Yes, I can confirm that," he told BNS on Friday.

According to media reports, Veisaite contracted the coronavirus.

"She was a wonderful, very considerate and inquisitive person who cared about everything that's going on in the world and Lithuania. She loved people very much, was open to everyone, respected everyone and would talk to everyone. She was a person who brought light to everyone," Mikalajunas said.

Veisaite was born into a Jewish family in Lithuania's second-largest city of Kaunas in 1928. She was a prisoner of the Kaunas ghetto during WWII and was hidden and saved from the Holocaust by Lithuanian friends.

After the war, Veisaite studied the Lithuanian language and literature at Vilnius University and completed German studies at Moscow State University, and then went on to complete her doctoral studies in Saint Petersburg (then Leningrad).

Veisaite lectured at the then Vilnius Pedagogical University for almost five decades since 1953 and has published in Lithuania and abroad over 200 articles on literature, theater, Lithuanian-Jewish relations in the XX century, the Holocaust history.

The scholar received many state awards and was presented with Germany's top award, a Great Cross of Merit of the Order of Merit of the Federal Republic of Germany, earlier this year.

Person under-40 among COVID-19 victims

A person under the age of 40 is among the latest 28 victims of the coronavirus in Lithuania, the...

On Thursday, 3 067 new COVID-19 cases were recorded in Lithuania . Overall, the country has already...

Well-known Lithuanian conductor Petras Bingelis passed away on Sunday at the age of 77.

MP Glaveckas passes away at hospital

MP Kestutis Glaveckas, a signatory of the March 11 Independence Act and a co-founder of the Lithuanian...

Vilnius has lodged an application to become a UNESCO City of Literature, the Lithuanian capital's...