DELFI EN
aA
In 2022, Kaunas will be reborn – the myth of the contemporary capital, which the Kaunas – European Capital of Culture 2022 team has been creating for three years, will materialise itself in an impressive programme. The main highlights of the programme are the Myth of Kaunas Trilogy events, which will take place over the three weekends: The Confusion (January 19–23), The Confluence (May 20–22) and The Contract (November 25–27). 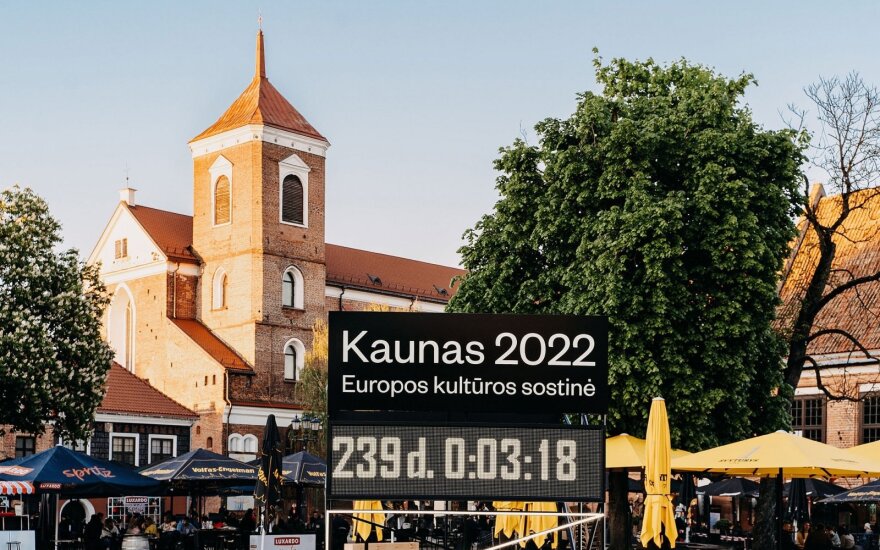 For the opening weekend of Kaunas European Capital of Culture, more than 100 events are planned, several hundred professional and non-professional performers will be on the stage. In the impressive opening show, we will see world-famous creators and performers from Lithuania and around the world.

“The Myth of Kaunas Trilogy events, with which we will open the year of Kaunas European Capital of Culture in January, continue in May and close in November is the axis of the programme. We will involve thousands of locals into these events so that they become active participants, characters, extras in crowd scenes, choir performers, and not mere spectators,” says Virginija Vitkienė, the initiator and CEO of Kaunas – European Capital of Culture 2022.

The creative output of the Kaunas – European Capital of Culture 2022 project is being created by 64 organisations, which currently employ almost 300 professionals. About 15 more organisations will join the main events; a total of about 80 partners will implement the European Capital of Culture year program. According to Vitkienė, there will be no free weekend in the year.

“The Myth of Kaunas Trilogy is a journey through the three main events of the European Capital of Culture – a journey much like the three stages of a person’s life: coming to understand who we are, accepting who we are, and coexisting with ourselves – as we are,” says Rytis Zemkauskas, the author of the idea and the script writer for the Trilogy.

The myth of the city, created by all its inhabitants, is united by the metaphor of the Beast. According to Zemkauskas, the Beast is the body of the city, it is as alive as we are. The mythical Kaunas Beast will be awakened in January, we will make better acquaintance with it in May, and will agree to live happily and in harmony at the closing event of the Capital of Culture at the end of November.

The trilogy of Contemporary Kaunas Myth will be told in dozens of books and stories, it will be shaped by exhibitions and performances of Lithuanian and international artists, it will sound in concerts taking place in various places in Kaunas, and will be lit by installations from all over Europe.

Whatever are your plans for the beginning of the next year, arrange your schedule so that you are in Kaunas on January 22. Although the detailed programme of the opening show, which will take place at the Žalgiris Arena at 19.30 pm, is kept secret until the last minute, the organisers reveal that it is being created by hundreds of Kaunas, Lithuanian and international artists.

“The ambitious Kaunas European Capital of Culture programme is based on a unique, sincere, community-involving vision of the Contemporary Capital. The contemporary capital is a city where culture is not just a Sunday theatre but it is a way to act, learn, create innovations, build a community,” says Ana Kočegarova-Maj, Kaunas 2022 Programme Director.

She reminds that thanks to all the creators of the programme, Kaunas will host exhibitions of the world’s most famous artists, such as Marina Abramović, Yoko Ono or William Kentridge, will invite its citizens and city guests to the festivals of a unique scale and artistic quality.

At the opening event of Kaunas – the European Capital of Culture 2022, a synthesis of contemporary music, giant video projections and slam poetry will tell the story of the city as a living miracle, which constantly renews itself. The goal of the programme is to involve everyone in the city’s creative uprising. Kaunas invites the audience around the word to watch the opening broadcast live.

The opening event is being created by British director Chris Baldwin, who has contributed to the key events of the European Capitals of Culture in Wroclaw (Poland), Galway (Ireland) and London Olympics. The music for the event is composed by the Golden Cross of the Stage multiple awardee Antanas Jasenka. The music will be performed by the National Symphony Orchestra and Vilnius Choir, conducted by Modestas Pitrėnas, the winner of the Lithuanian National Culture and Art Prize.
A team of several producers coordinates an impressive opening show, where the Aura Dance Theatre, the authors of experiential video installations OKTA Studio and the masters of world-famous installations and performances, whose names are not yet revealed by the organisers, will provide an unforgettable experience to the city’s residents, guests and the spectators around the world. The costumes of the event are created by Aleksandra Jacovskytė, Julija Skuratova, Sandra Straukaitė.
100 events over the weekend

There are more than 100 events scheduled for The Confusion weekend, which will start on the outskirts of Kaunas on January 19, and will move towards the city centre, congesting residents for the opening. It is estimated that several hundred professional and non-professional performers will appear on stage over the weekend.

On the eve of the opening, January 21 the most important 2022 visual arts exhibitions will open. William Kentrige’s solo exhibition What We Don’t Remember at the M.K. Čiurlionis Museum will introduce the works of this world-famous South African artist of Lithuanian-Jewish heritage to Kaunas residents and the city guests. Also, on that weekend, the four-month exhibition Modernism for the Future 360/365 dedicated to the architecture of Kaunas and European modernism will open at Kaunas Central Post Office. The exhibition will feature projects from 17 artists created during the art residencies over the last year. In addition, the exhibitions of artists from the Capitals of Culture 2022, Esch-sur-Alzette (Luxembourg) and Novi Sad (Serbia), will open.

The opening of the installation “Exit it” by the peace activist multimedia artist Yoko Ono is also scheduled for January 22. The installation will run until September 2022. 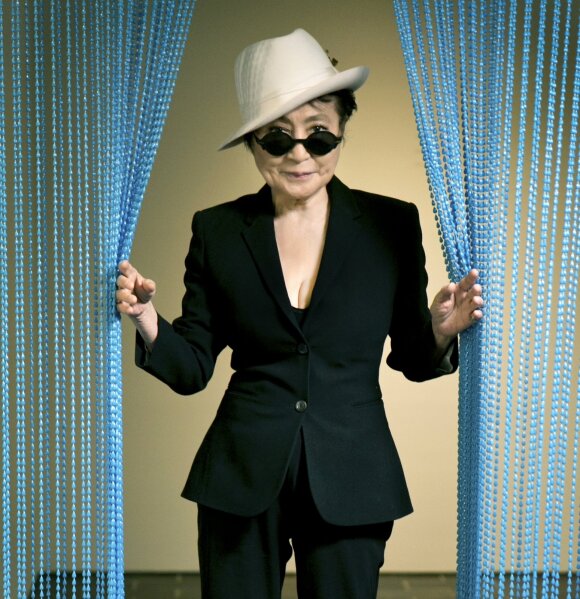 Dozens of cultural institutions of Kaunas and Kaunas district are creating a special programme for the first Myth of Kaunas Trilogy weekend. The Confusion programme includes concerts, dance performances and plays, excursions and creative workshops. According to the organisers, one will not be able to escape culture.

The mythical beast of Kaunas will budge in his sleep and… wake up.

Kaunas birthday will be celebrated next to rivers

Kaunas is located in an exceptional place, at the confluence of two major Lithuanian rivers – the Nemunas and the Neris. In addition, in Kaunas, on the way to Raudondvaris, another confluence – of the Nemunas and the Nevėžis – is located, surrounded by a beautiful natural park. Although riverfront in a town usually serves as a natural attraction, Kaunas residents have only relatively recently discovered these beautiful spots and started to spend their free time there.

The Confluence event, which will take place on May 20–22, will fulfil the dream of Kaunas people to return to the rivers and to immerse into the flow of creativity. Saturday evening will begin with a mystery directed by a renowned Lithuanian theatre director Oskaras Koršunovas, performed while the sun sets in one of the most beautiful places in Lithuania – the Nemunas and Neris confluence. The event will end with a show on water of an unprecedented scale in Lithuania, directed by Chris Baldwin.
Kaunas birthday weekend was chosen for the Confluence, the second part in the Myth of Contemporary Kaunas Trilogy. Moreover, on the same date, the largest international kite festival “Between Earth and Sky” is taking place in Kaunas district. For three days, Kaunas residents and guests will be entertained by performances of acrobats, modern circus, musical picnics in the Kaunas district settlements located by the rivers – the action will take place on the shores, in the water and in the sky. If conditions allow, we will receive guests from other European Capitals of Culture and Alytus, which will be the Lithuanian Capital of Culture in 2022.

People say that in this weekend we will definitely see the beast of Kaunas...

The official closing of Kaunas – European Capital of Culture 2022 will take place on the last weekend of November, on 25–27. According to the organisers, the Contract part of the Trilogy is dedicated to making agreement with the city, to pledge to live together in harmony.

“When we started preparing the application for the project several years ago, we “diagnosed” Kaunas as grey, very complex, we saw it as a teenager who is not loved and does not love himself. Today, inviting people to the European Capital of Culture 2022 events, we look forward to welcoming visitors in an already changed, more hospitable, more sociable, more youthful, more stylish, more empathetic, more sustainable city, open to their own and European history and present. Kaunas is no longer afraid of the ghosts of the past and does not have complexes due to real or imaginary insignificance. We are looking forward to welcoming you in a European city of happy people”, says Vitkienė.

The central event of the Contract weekend is created by the Lithuanian National Prize winner composer Zita Bružaitė, director Gediminas Šeduikis, the playwright Daiva Čepauskaitė, the winner of the Golden Stage Cross. Together with hundreds of the most talented Lithuanian performers, the contemporary opera will consolidate the agreement of Kaunas residents with their city, will sound the promise of living long and happily. An impressive audiovisual show, which will close the year of the European Capital of Culture in Kaunas, will take place at Raudondvaris Manor on Sunday evening.
A special exhibition commemorating 2022 will also be opened in Raudondvaris, and on the closing weekend Kaunas will be adorned with modern light installations from other European cities and other European capitals. Although then Kaunas will officially pass over the title of European Capital of Culture to other cities, it will forever remain a city of contemporary culture.

Kaunas Beast, actively involved in the process of creating a contemporary urban myth, will remain in the city and watch over the contract signed by the residents of the city.