DELFI EN
aA
Kaunas Castle, 1st Fort of Kaunas Fortress, railway station and the bookshelves of little Kaunasians are just a few of many unexpected locations in which the Mythical Beast of Kaunas has already appeared since its official debut in 2019. 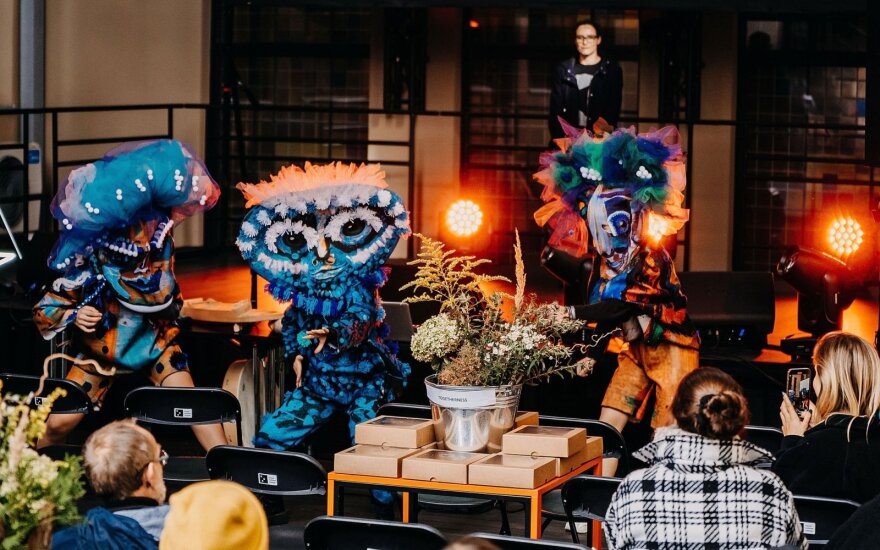 The main hero of the Contemporary Myth of Kaunas is also the mascot of ‘Kaunas – European Capital of Culture’ and the carrier of the project’s core ideas and values. It also happens to be quite a cute character drawn by illustrator Darius Petreikis. Rytis Zemkauskas, the curator of the Kaunas 2022 programme dedicated to the Mythical Beast of Kaunas, collected and put together all of the stories about the character travelling in the Sunny and Underworld Kaunas. Dozens of people chipped in with myths and legends about Kaunas they had heard – some of the contributors participated in creative writing workshops. At the same time, the rest of them just kept on walking, discovering and getting surprised, just like the co-created mythical character, a true European.

Related articles
KTU invention at Expo 2020 in Dubai – solar cell that earned Lithuania a world record
Robert Wilson: no one can do what I did, and I don't want anyone to try to do it

‘First and foremost, this programme is aimed at revealing the magical power of storytelling. Storytelling is an ancient tool that can shape a community, a city, a state. Myths and legends have always helped me to come together and be patriotic. Those coming from Ancient Greece inspired the contemporary European Union. The programme of the Mythical Beast of Kaunas has to offer a novel way of creating myths and legends right here and right now, using them as cultural tools. These are tools carrying values and encouraging empathy, community spirit, respect for each other, and tolerance. Every citizen is welcome to co-create them,’ Rytis Zemkauskas says. 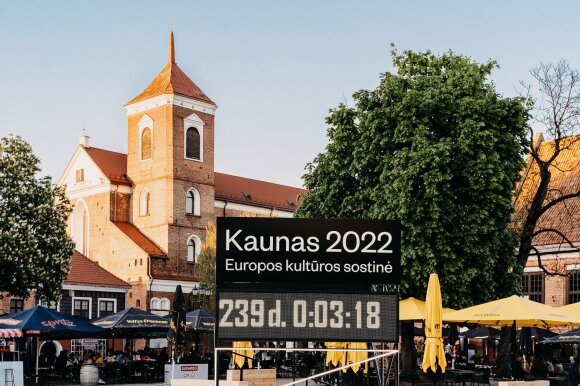 The Mythical Beast of Kaunas was first seen in the Vilnius Book Fair in 2019 – this is where its fairytale book, created by Zemkauskas and Petreikis, was presented. The book is available in Lithuanian and English.

To Chill and Travel

An exciting encounter with the Beast awaits at the Kaunas Castle. With the help of talented composer Paulius Kilbauskas, the mythical creature found its bedroom below one of the oldest towers in Kaunas. His melodic snoring keeps surprising the visitors of the department of Kaunas City Museum and passers-by. Look for loopholes in the walls to ensure the best sound quality!

Yet another talented personality to collaborate with the Beast is Linas Kutavičius. Located in the Kaunas district, the 19th-century 1st fort of Kaunas fortress was brightened with light textures reminding the skin of a mysterious reptile. The new art installation by the light artist is a friendly gesture towards bats, animals that make up a significant population at the fort, and an invitation for people to (re)discover this historical object.

Did we mention that the Beast of Kaunas loves to travel? He made his appearance on a trolleybus as part of a mobile street art gallery some time ago; currently, portraits of his and his friends could be seen on a train wagon in the Kaunas Railway Station. Those approaching the wagon could also hear the tales of the Beast read by Rytis Zemkauskas.

Since 1985, when the European Capital of Culture programme was launched, nobody has yet proposed a vision like this – to create a new myth for the city to help it change its path. The Mythical Beast of Kaunas – a project designed to create a unifying narrative for the city – will unfold in next year’s great mythical trilogy comprised of The Confusion (January 19–23), Confluence (May 20–22), and The Contract (November 25–27). The three main events are co-created by artists from Lithuania and abroad; they incorporate the ideas of historical personalities from Kaunas into the new work – as well as hints about the Beast. Will it finally have a physical body? One has to wait until 2022 and see…

The most kaunastic hero of all has already added a cinematic experience to its CV. Aideen Barry, an Irish artist, is working on a stop-motion animation film called ‘Pleats’ with a large team of artists, architecture professionals and modernism enthusiasts in Kaunas. The film, part of the Kaunas 2022 ‘Modernism for the Future’ program, will travel to international film festivals in 2022 – we can’t wait to see the Beast of Kaunas among the actors! 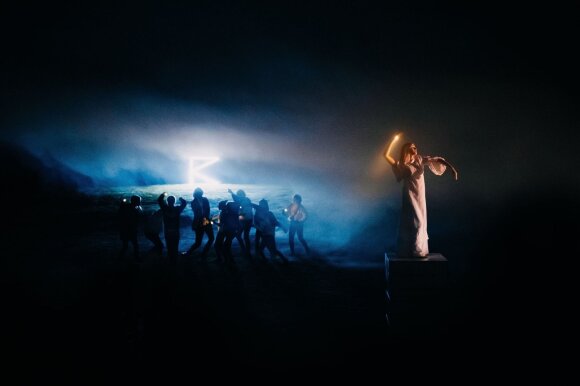 While ‘Pleats’ is still in post-production, one can already touch the Mythical Beast and go down its paths while learning the exciting secrets of Underground Kaunas in the limited-edition strategic board game. Created by a renowned Kaunas-based talent Urtis Šulinskas, the game has already found its place in the homes of many families, even those who have never been in Kaunas. Yet.

Another sweet addition to the Mythical Beast of Kaunas collection is a set of colourful pins created together with Kaunas city tourism, business, and investment development and international marketing agency Kaunas IN. Additionally, petrolheads are welcome to stick beastly magnets on their cars – the souvenirs fit fridges, too.

One can hear through the grapevine that the above mentioned are not the last souvenirs to please the fans of the Beast of Kaunas. Like most of the fantastic things in life, they will come unexpectedly. But here’s some gossip – have you ever wondered, for example, that Kaunas lacks its own perfume? The scent of a city is composed of various aromas, such as freshly baked goods, mamma’s lunch, wet asphalt, tree alleys, even petrol. The perfume of the Beast of Kaunas will be available before 2022.

The Future of the Beast

A city game offering a virtual reality experience is currently being developed – everyone will be able to play it online or by downloading a mobile app. The gigantic project will connect the myths and stories of the city and its characters with the essential cultural hotspots in Kaunas and Kaunas district and museum collections. The player will be able to visit historical locations in the area with the Beast as a guide.

Photographer Chiraqas Jindalas (IN / NZ) is working on a photo installation, ‘Underground Kaunas’, set to be opened in Autumn 2022. A unique technology involving negatives, scanning and lightboxes will provide the opportunity to see what’s below everyday Kaunas.

A total of three premieres by Kaunas State Puppet Theatre and Apeironas theatre from Klaipėda will reach the stage in 2022. The experiential and even therapeutical theatrical games will be used as tools to get to know the Beast of Kaunas and analyze its features.

The list of possible appearances of the Mythical Beast of Kaunas has no specific end. The character will add its charm to numerous events planned for 2022.

Next year, Kaunas and Kaunas district will become one big European stage and turn the city to a place where you will not escape culture. More than 40 festivals, 60 exhibitions, 250 performing arts events (of which more than 50 are premieres), and over 250 concerts are planned to take place in 2022. It is going to be the year-long non-stop biggest co-creative festival of all. Come co-create and celebrate with us.

The six-month-long World Expo 2020 taking place a year later, began in October and has already...

Vilnius has been named a Creative City of Literature by UNESCO, the Lithuanian capital has said.

Foreign minister says ready to step down amid Belaruskali scandal

Gabrielius Landsbergis said on Thursday that he was ready to resign as Lithuania's foreign minister...

Situation on border with Belarus not yet good

The illegal migration situation on Lithuania's border with Belarus has stabilized but is not yet good,...

On Wednesday, 1 643 new COVID-19 cases were detected in Lithuania. Since the beginning of the...

Lithuanian Prime Minister Ingrida Simonyte says the transit via Lithuania of products made by...