LT Daily, media brief
aA
Talking about the massacre of Jews in Lithuania in 1941 is still taboo 75 years later, according to the Lithuanian author of a new book about the events. 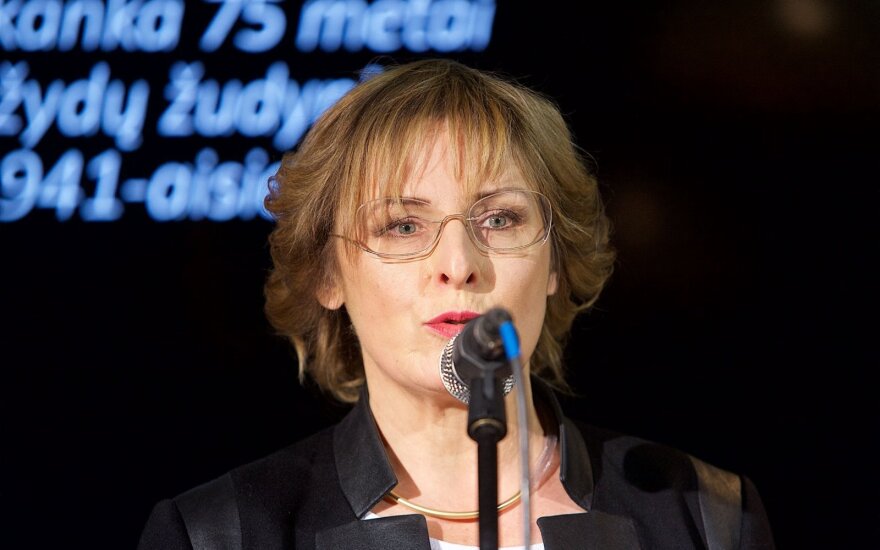 “Our Own”, by Rūta Vanagaitė, is a book dedicated to the 75th anniversary of the great Jewish massacre in 1941 when almost the entire Jewish community in Lithuania was killed. In total, about 200,000 Jews were killed in Lithuania between 1941-1944. There were 227 mass killings of Jews all over Lithuania.

“I took this theme because I was struck by how feared it is in Lithuania. I wanted to understand what really happened in our country and to our people, and why it happened. This is not a historical book - this is a book for self-development. I know that Lithuania did not wait for this book. That is why I wrote it. It was the most important moment, when somebody had to write this book. Those witnesses are 85-90 years old, they will no longer be with us in a few years,” said Vanagaitė.

“This is a book for those who try to cover up the truth in the hope that it will disappear. The book tells the story of the killers and the killed. About Lithuanians and Jews. About what happened 75 years ago in Lithuania,” she said.

The book is based on verifiable facts and official sources – the author used only Lithuanian material - records and files stored in the Lithuanian Special Archive and the Central State Archive, interrogation transcripts from participants in the massacres, archival photos, research by Lithuanian historians, and evidence from witnesses like the poet Marcelijus Martinaitis, the actor Laimonas Noreika, and the artist Antanas Kmieliauskas. 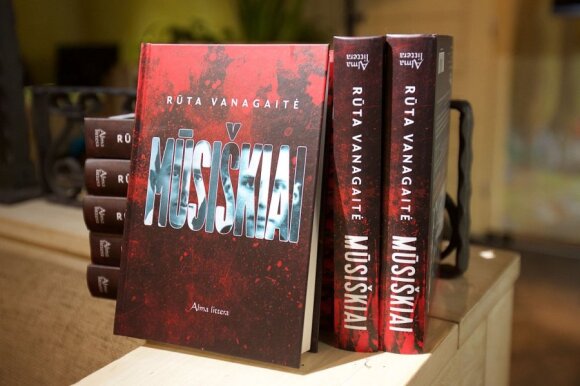 Vanagaitė's book about the Holocaust in Lithuania, "Our Own"
© DELFI / Mindaugas Ažušilis

“My role was to put the whole thing [all the available research] in a 300-page book, and together with the publisher, dare to publish it,” said Vanagaitė.

"I have come to Lithuania from the beginning of its independence and the issues that I raised the Lithuanian authorities were associated with illegal justifications for Lithuanian citizens' participation in mass killings and the need to bring to justice those who participated in that.

“Some efforts have been successful and some acquittals were cancelled, but, unfortunately, the Lithuanian government did not want to actively participate in [bringing them to justice] and it's very unfortunate,” he said.

Zuroff said he did not expect to experience such emotion when both he and Vanagaitė were travelling around to visit the places where massacres took place in Lithuania.

"Here people were killed one by one, they were often killed by their neighbours,” he said. 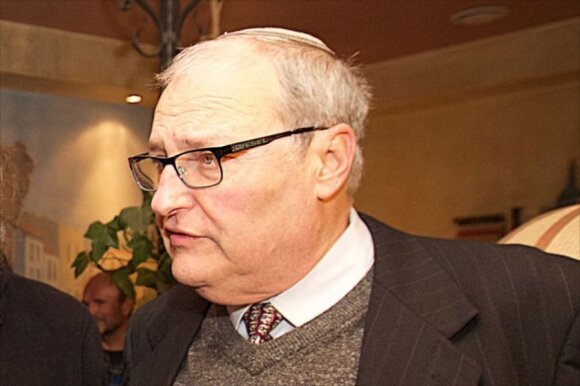 Over the last year, the Lithuanian government began focusing more on preserving Jewish heritage and...

President in Israel hears no criticism of Lithuanian-Jewish relations

Chief Advisor to the Lithuanian President on Foreign Policy, Renaldas Vaisbrodas, says that during...

Film about Japanese diplomat who saved Jews premièred in Vilnius

On 14 October, Lithuanian Minister of Foreign Affairs Linas Linkevičius attended the première of...

The Lithuanian town of Šeduva, Radviliškis District, unveiled a monument to all the Jewish...

There are plans in Lithuania to erect a monument and this way honor the memory of Senda Berenson...