DELFI EN
aA
Jan Zwartendijk, the director of Philips in Lithuania and the honorary consul for the Netherlands signed visas for Curaçao to save the lives of more than 2000 Jews from the Holocaust during WW2. 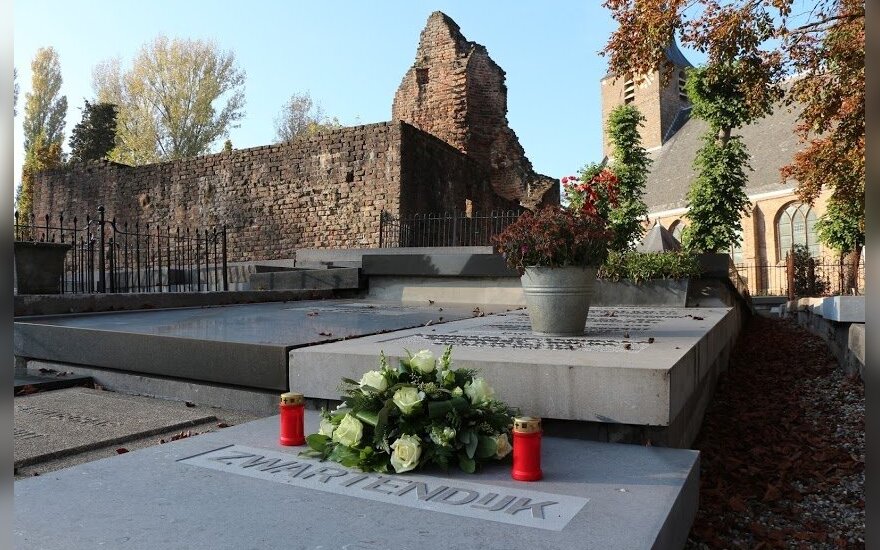 If you took a stroll down the Laisvės alėja next to Kaunas 2022 buro and Knygų ministerija, you wouldn’t miss a subtle yet momentous light installation created by a Dutch artist Giny Vos, writes visit.kaunas.lt. Next to it is the building numbered 29, which currently houses a bookstore, used to be a Philips company office back in the interwar years and a courageous man worked here.

This man was Jan Zwartendijk, the director of Philips in Lithuania and the honorary consul for the Netherlands who signed visas for Curaçao island to save the lives of more than 2000 Jews from the Holocaust during World War II.

He was posthumously recognized as Righteous Among the Nations – and the memorial in Kaunas we mentioned above was opened in June 2018. Read more about the idea in an interview with the former Ambassador of the Netherlands to Lithuania, Gijsbert Hendrik Christiaan van der Lingen, we published some time ago.

Many say that Zwartendijk was a modest person and a sculpture would have been a poor choice trying to perpetuate his life hence a light installation, which symbolizes hope, was created to commemorate the consul’s heroic deed. More recently Zwartendijk’s story was captured in one more medium – a book by a famous Dutch author Jan Brokken, who was inspired by the kaunastic Sir van der Lingen we mentioned above.

According to Dutch Foundation for Literature, Jan Brokken has an impressive oeuvre to his name of well-documented, narrative non-fiction books, which read like novels. In all his works, he examines what makes some people behave in a cowardly fashion, while others demonstrate unexpected courage and determination.

The book about Zwartendijk is called “De rechtvaardigen” [The Righteous], and it could be described as part rescue story, part moving portrait of a close-knit family under challenging circumstances. “The Righteous” offers a vivid picture of Eastern Europe during the war and traces the life-stories of the rescued Jews, many of whom Brokken was able to find and speak with.

Jan Brokken tells a story how Zwartendijk found himself honorary consul in Kaunas at the time this was the capital of Lithuania and it was on the point of being annexed by the Soviets. In “The Righteous” the story of Jan Zwartendijk seizing a precious window of just ten days to feverishly write out thousands of visas and thereby rescue as many Jews as he could from the Holocaust unfolds. Together with the Dutch Ambassador in Riga and the consul for Japan, an unlikely ally, he enabled these refugees to cross Soviet Russia to Vladivostok, to Japan, and then on to freedom.

Currently “The Righteous” has been published in Dutch language only (there's a Kindle edition too); however, the translations in English and Lithuanian should be released in 2020. So, if you want to learn more about this courageous man but don’t read Dutch, keep an eye out for a translation.

Even though the memorial by Giny Vos is one of the most-visited highlights of Kaunas, there is more legacy of Zwartendijk in our city. You are welcome to pick up a copy of Visas for Life / Sugihara Route map of the It’s Kaunastic series and visit the historical places. The digital version of the map is available here.