Share of Lithuanian Metrica digitized: four centuries of our history

DELFI EN
aA
Lithuanian Metrica is a huge archive of documents of the Chancellery of the Grand Duchy of Lithuania. There is a total of 700 known Lithuanian Metrica books. Lithuania has published more than 60 volumes of this impressive source. 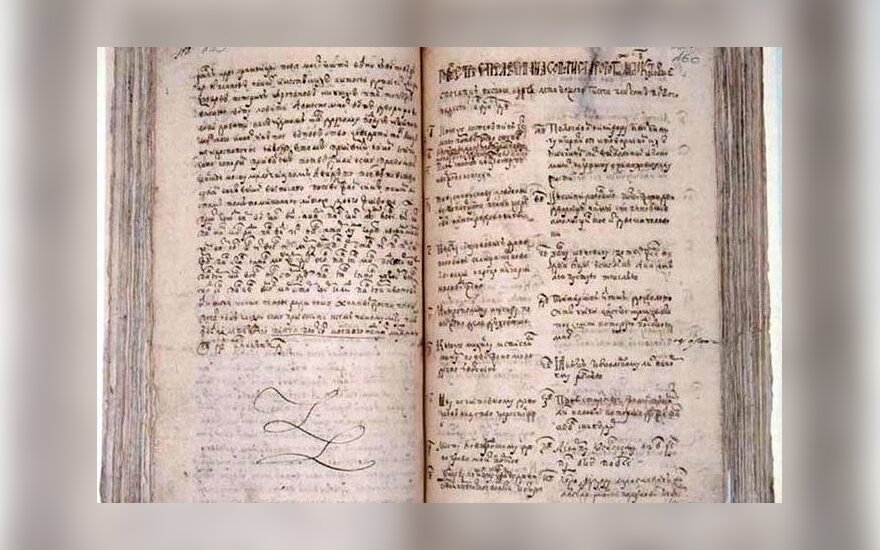 To make these important collections more accessible to the general public and researchers around the world, Vilnius University researchers digitized some of them and uploaded them to a virtual platform. 34 books published in Lithuania are available on the newly created electronic reading room. It integrates interactive indexes of personal and place names, a dictionary of Ruthenian-Lithuanian languages, and a search function.

More than 2 years of diligent work

“Every book of Lithuanian Metrica, every publication about it is welcome primarily in our neighboring regions but also around the world. Therefore, it is only natural that any attempt to expand the availability of Lithuanian Metrica is very important and this work should continue. After all, there is a new generation that reads differently and needs the largest possible online accessibility of resources,” Prof. R. Petrauskas said at the launch of the new platform.

Related articles
Anyksciai wants to research its four history centuries, attract tourists  (1)
How tourism will look like in Lithuania this summer

The platform developers noted, agreeing with the Rector, that the Grand Duchy of Lithuania and its history is in itself an international object of research, which is gaining more and more interest from foreign scientists. “The Grand Duchy is being studied by scientists not only from Lithuania, Poland, Belarus, or Ukraine but also from Russia, the United Kingdom, Germany, and other countries. Therefore, when undertaking this project, we hoped that the digital reading room for Lithuanian Metrica would help reveal the richness of Lithuanian historical sources to the wider audience and at the same time demonstrate the meticulous, high-level work of Lithuanian historians,” said Karolis Čižauskas, a doctoral student at the VU Faculty of History who worked on the digitization of Lithuanian Metrica.

According to him, the digitization of Lithuanian Metrica books published in the 1990s and early 2000s ‒ scanning with a high-resolution scanner ‒ was probably the easiest part of the project. The development of an interactive index and other assistive tools took the longest, almost two years, and required the most meticulous work. “The development of the interactive indexes required the manual collection of probably over 100,000 rows of data, the re-indexing of 34 book personal and place names (Ruthenian and Latin) and their division into relevant sections on which the programmers have already been working.”

This way, some of the Lithuanian Metrica, to this day stored in Moscow and difficult to access, are gradually becoming accessible from any part of the world at any time of the day.

Lithuanian Metrica is undoubtedly one of the most important monuments of the Lithuanian history. It contains a wide range of documents from the 14th to the 18th centuries, written mainly in Latin, Ruthenian, and Polish: privileges for cities and nobles, deeds of title and duties, diplomatic letters, financial statements, court decisions, genealogical tables, maps, and letters.

“A block of written sources of this size could only be born with the spread of written culture in the Grand Duchy of Lithuania when the administrative needs of the ruler and the state had already begun to be immortalized in writing. Already during the reign of Vytautas the Great (1390–1430), the office of the ruler, which had started to operate consistently, compiled multilingual documents of various contents, but, unfortunately, the office of Vytautas did not leave a single “book” of Lithuanian Metrica,” said Povilas Andrius Stepavičius, a doctoral student at the VU Faculty of History who worked on the digitization of the Metrica books.

However, under the rule of Casimir Jagiellon (1440–1492) and the permanent office of the Chancellor, the documents issued by the ruler were registered and written in the “memory” of the ruler. This way, with the growing need for written documents and the volume of compilation, and, most importantly, with the emergence of work continuity, began the development of what is now called Lithuanian Metrica.

As for the early books, their compilation was quite spontaneous. Such a collection of books, bundles of documents, notebooks, etc. continuously compiled up to the 18th century was eventually named the Metrica of the Grand Duchy of Lithuania by contemporaries and gradually became the state archive, which included almost 700 books.

What can you expect to find in Lithuanian Metrica?

Over time, the division of all volumes of Lithuanian Metrica into several categories came into force: diplomatic affairs, notes, court cases, public affairs. This also indicates the thematic fields containing material both a professional researcher and a history enthusiast: various diplomatic correspondences with Poland, Tartar Khans, Moscow, and other states; numerous trials and convictions by the ruler, the Council of Lords, and other judicial cases; a highly valuable 1528 census of the conscript army of the nobility; ruler privileges granted to cities, grants to nobles; the orders of the Grand Duke to various officers, and many more documents of various types and contents.

At the end of the 18th century, when Russia, together with Prussia and Austria, destroyed the Polish-Lithuanian Commonwealth, the new rulers also noticed Lithuanian Metrica, both as a symbolic trophy and as a set of documents required for pragmatic purposes. Thus, in the 18th, century Lithuanian Metrica moved from Vilnius to St. Petersburg, and later to Moscow, where it is stored to this day.

Remains discovered during the renovation of Vilnius University

Exactly a year ago, in the autumn of 2020, during the renovation of the northern wall of the Church of...