BNS
aA
Couples, including gays and lesbians, will be "married" by a humanoid robot in a mock ceremony planned to be staged outside the Lithuanian government's building in Vilnius on St. Valentine's Day. 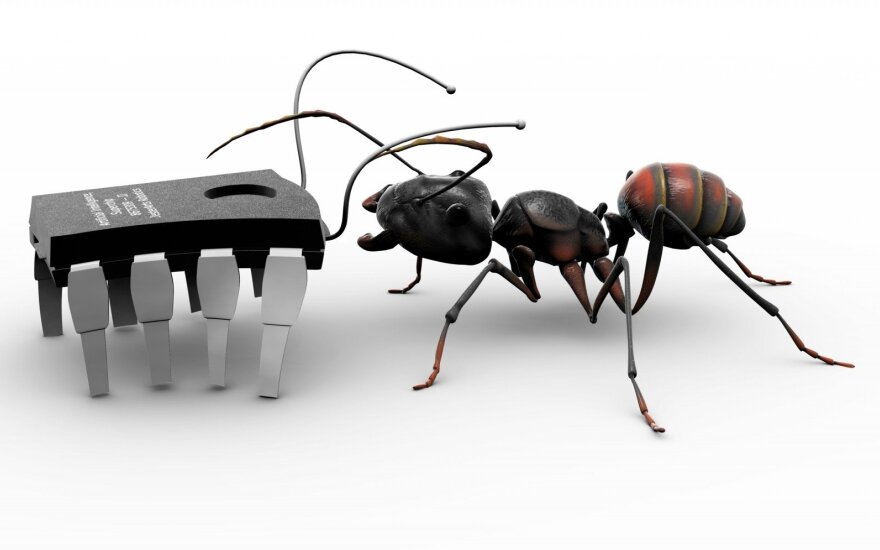 Three civic and political organizations are organizing the event to encourage the general public and politicians to take a more open approach to sexual minorities.

"This year we want to spread the idea that people in Lithuania should become more open on LGBT issues and feel empathy for those who do not have such rights in Lithuania," Mykolas Knyza, chairman of the Lithuanian Liberal Youth organization, told BNS on Monday.

The event, dubbed the "the wedding of the century", is scheduled for Feb. 14, two days before Feb. 16, when the modern state of Lithuania celebrates its centennial.

It is planned that couples will be "married" by a humanoid robot.

"We associate a robot with bureaucracy. It will act as we program it to act," Artūras Rudomanskis, chairman of the Tolerant Youth Association, told BNS.

Those in favor of regulating by law same-sex relationship say that homosexual couples in Lithuania are now discriminated against, because such people have no right to inheritance or automatic access to information about their partner's health in an emergency, and they cannot represent each other in court proceedings.

Critics of legalization of same-sex marriage and partnership say that homosexual couples are not traditional families and that putting in place regulation of their relationship would be a step toward allowing sexual minorities to adopt children.

A survey found in October 2016 that 11 percent of Lithuanians would support same-sex partnership and seven percent would favor the idea of legalizing homosexual marriage.

Most leaders of Seimas election lists back same-sex partnerships (1)

If ordinary members of Lithuania's next parliament back the ideas of their leaders, the country may...

The gay kiss that could change a city in Lithuania

While Lithuania still struggles to defend equal rights for all her citizens, some of them are tired of...

The Lithuanian Gay League (LGL) said on Wednesday that it had asked President Dalia Grybauskaitė...

While Lithuania is often criticised for homophobic laws and attitudes, her big cities are taking their...