BNS
aA
The remains of Adolfas Ramanauskas-Vanagas, a commander of Lithuanian partisans who fought against the Soviet occupation, have been found by archeologists at the Orphans' Cemetery in Antakalnis, Vilnius. 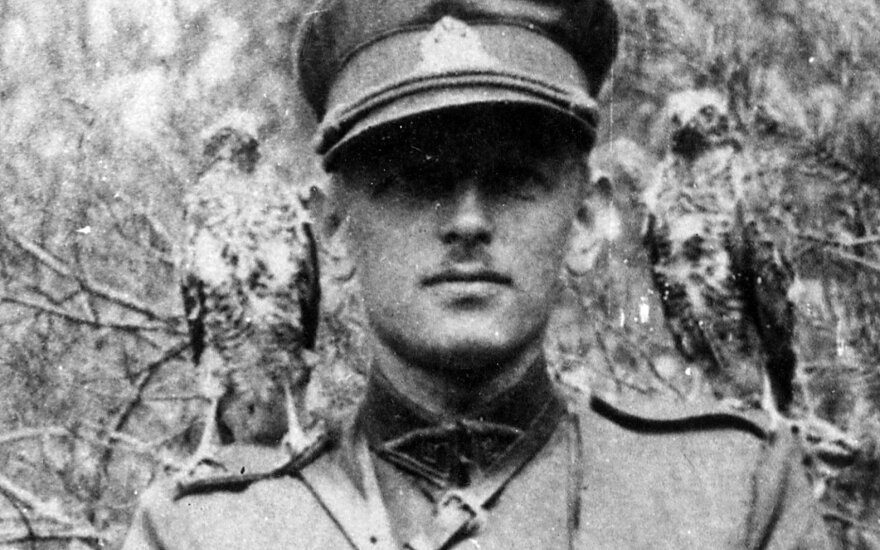 The remains' authenticity has been confirmed through an anthropological analysis, the comparison of skull and personal photos and DNA tests, representatives of Vilnius University told BNS Lithuania on Thursday.

Researchers believe the remains of other well-known Lithuanian partisans could be buried at the same cemetery, including those of Pranciškus Prūsaitis-Lapė, Juozas Streikus-Stumbras and other. They also hope to find the burial site of Antanas Kraujelis Siaubūnas, the last partisan of the Aukštaitija region.

According to Vilnius University's Associate Professor Gintautas Vėlius, the initial goal of the archeological research was to find out if the remains of people sentenced to death and killed at the KGB prison in Vilnius were buried at the Orphans' Cemetery in 1956-1969.

The remains of 27 people killed at the KGB and Lukiskes prisons have been found during the excavations, and they are being identified. The archeological work will continue, aimed at finding the burial sites of other people who sacrificed their lives for Lithuania's freedom.

"Its, undoubtedly, great news for our country, and it's especially pleasant since we discovered this historic truth as we mark the centenary of the restoration of statehood. There was previous evidence that people sentenced to death were buried at this cemetery in 1956–1969, including those sentenced for political crimes. It gave us hope that we would find the exact burial place of killed partisans. And the forecasts fulfilled," Rimantas Jankauskas, professor of the Department of Anatomy, Histology and Anthropology of Vilnius University's Faculty of Medicine, said in a statement.

Based on the research carried out by the Genocide and Resistance Research Centre of Lithuania, 206 people were executed in Vilnius in 1956-1969, including 76 people charged for political crimes and executed at the KGB prison. 130 people were sentenced to death by shooting for criminal offences and executed at Lukiškės Prison.

Ramanauskas-Vanagas lead partisans in the southern region of Dzūkija. Together with other partisan commanders, he signed the Lithuanian Partisans Declaration of February 16, 1949.

Armed fight for the restoration of Lithuania's independence lasted from 1944 until 1953. Ramanauskas-Vanagas was detained in 1956, brutally tortured by the Soviets and executed a year later.

Lithuania marks on Sunday the 28th anniversary of restoration of independence and the 100th birth...

One of Lithuania's most prominent guerrilla leaders, Adolfas Ramanauskas-Vanagas , would have turned...

KGB files: some remain that will only be opened under special circumstances

The Lithuanian Genocide and Resistance Research Centre says that a register of KGB archival dossiers...

Lithuanian researchers want to conduct genetic analyses to identify the remains of Konstantinas...

On Wednesday, 104 new COVID-19 cases were recorded in Lithuania. Since the beginning of the pandemic,...