Ludo Segers | the Lithuania Tribune
aA
In any emergency time and first responders reaching the right location are key elements. Improving on these two key components is the goal of Lithuania's 112 services. Technological progress is giving a helping hand to achieve these objectives. 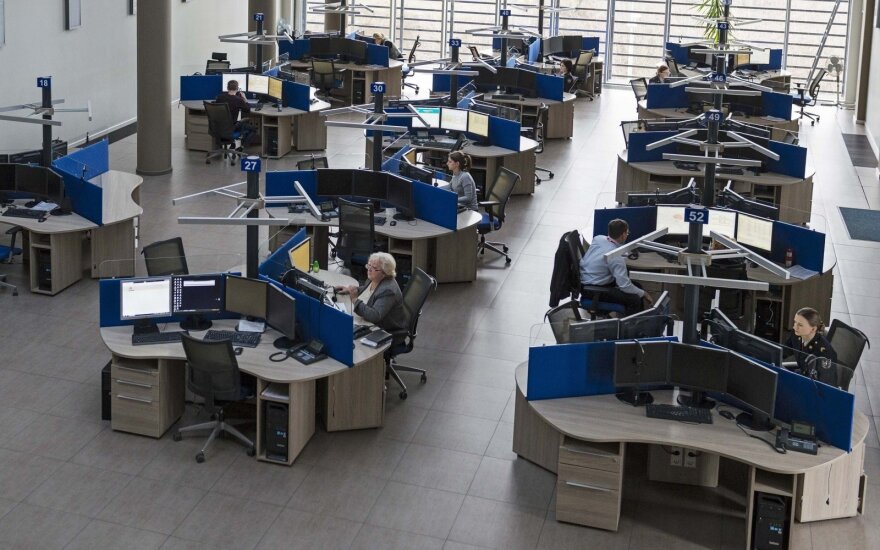 The story of 7-year Nojus, living in a rural area of Lithuania, calling 112 after his father collapsed drives home how important the location identification has become. Nojus was unable to give his home address to the 112 operator, yet the signal of the mobile home still allowed the emergency services to reach his home fast enough and ensured that the story had a happy end. In April he was awarded an EENA Young Super Hero Award during the annual European gathering of 112 services in Budapest.

Tadas Maroščikas, Deputy Director of the 112 Emergency Response Centre in Vilnius, explains that emergency services can reach the right place faster than ever before because of various improvements in technology. The combination of mobile phones and improved global positioning satellites now allow the caller to be located within 10 meters.

Related articles
The police: travel in Lithuania is safe, not need to keep a knife in your car
Lithuania's emergency service warns of strong winds Friday

Noise complaints, alcohol related problems, and domestic violence make up a large part of the more than 3 million calls a year received by Lithuania's 112 service centres. The 112 service answered 76% calls within 8 seconds in 2016. About a third of the calls require some type of first responder to intervene.

Once an emergency that requires assistance is established, the operator transfers the call to a dispatch. The dispatch responsible for the respective emergency area will ensure the right type of service is being provided. The dispatch receives also instantly all information from the caller. Depending on the location, first responders may arrive within 10 minutes in an urban environment.

The centre's operations are busiest on Fridays, nights with a full moon, and in the middle of the month when social wealth fare money arrives and alcohol abuse peaks. In addition to Lithuanian, there are generally, English, Polish, and Russian speakers are on duty that can handle an emergency in the caller's language.

Mr. Maroščikas said that reaching 112 is also possible via SMS. That is helpful in situations for deaf and dumb people or domestic violence and other cases that require discretion. Although close to 40,000 SMS messages arrived last year at 112, only 240 required some form of intervention. Wrongly directed messages, misuse and abuse, made up a very large volume and in a variety of languages. It included messages that are not fit for family consumption.

Lithuania joined the Europe-wide 112 service in 2003. Modelled after the very best in the Nordic countries, the Lithuanian 112 service operates with the latest technology. 260 people ensure services with telephone operators centralised in Klaipeda and Vilnius. In addition, there is a centre located in Alytus that provides fire fighting dispatch service for all of central Lithuania, including Kaunas and Siauliai.

Deputy Director Maroščikas showed also the new pan-European in-vehicle emergency call service (eCall). Starting on 1 April 2018 these new devices will be installed in passenger cars. Similar to Emergency Location Transmitters (ELT) already installed in airplanes, these eCall devices will transmit upon car accidents with impact or collision send out a signal directly to the 112 services. The devices will indicate the location of the vehicle, its direction, as well as make, model, and fuel type. The transmitters will deploy at the same time as the inflatable cushions that have been standard in most cars for more than 25 years now.

Mr. Maroščikas explains that it is also possible to set your mobile phones to receive public warning broadcast messages (e.g. about severe weather conditions, snowfall etc.) Not all phones can be enabled to receive messages in English. To see if your phone allows the switch and the steps that are required can be found on this site gpis.vpgt.lt. The language code for English is 525, and for Lithuania: 578.

More information about the 112 service can be found on www.112.lt/en

The police: travel in Lithuania is safe, not need to keep a knife in your car

The Lithuanian Fire and Rescue Department has warned of strong winds in much of the country on...

Fire and rescue services had to pull cars that have slid off the road and to remove felled tree...

During the celebrations of Šeduva Days on 27 June, Šeduva Jewish Memorial Fund made a significant...