D+ nariamsPrenumeruoti
www.DELFI.lt
aA
On Thursday, a protest held in front of the Norwegian embassy in Vilnius drew attention to what participants referred to as the theft of children by Barnevernet, the Norwegian children's rights service. 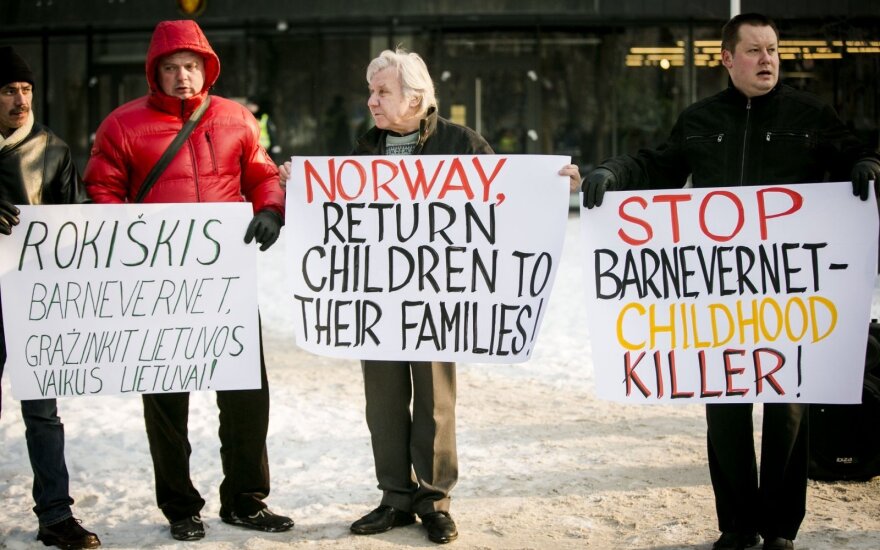 The event, organised by the Nationalists' Union party, was attended by several members from the Labour party and a group from Rokiškis that came to support Vida Baužienė. According to her, her 8- and 10-year-old grandchildren were taken from her son's family in Norway 7 months ago. Other simil

Violence against children – has Lithuania matured for Norwegian Barnevernet model?