Plan to mark anniversary of May 3 Constitution approved

BNS
aA
The Lithuanian Cabinet approved on Wednesday a program for marking the 230th anniversary of the Constitution of May 3, 1791 next near. 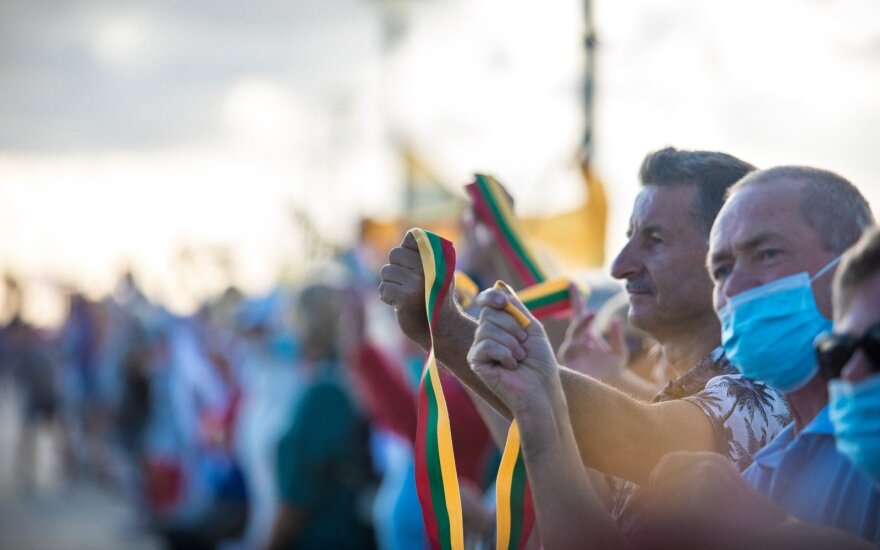 The Constitution was the main law of the Polish–Lithuanian Commonwealth, a dual monarchy of the Kingdom of Poland and the Grand Duchy of Lithuania. It was the first written constitution in Europe.

The commemoration program provides for organizing reciprocal visits by the heads of state and a meeting between the Lithuanian Constitutional Court and the Polish Tribunal in Warsaw.

It also calls for preparing and publishing a complete set of documents of the May 3 Constitution and its translation, and organizing a seminar and discussions about the historical period.

Deputy Foreign Minister Neris Germanas noted that the program was approved on the eve of Polish Prime Minister Mateusz Morawiecki's visit to Vilnius.

"This is important because the plan has symbolic significance ahead of tomorrow's meeting between the governments of Lithuania and Poland," he said.

Next year, it is planned to hold a special concert at the Lithuanian National Philharmonic and organize commemoration events in Belarus, Ukraine, the United Kingdom, France, the United States and Austria.

The plan also calls for issuing a collector coin, a special postage stamp and an envelope to mark the anniversary.

The Lithuanian parliament has designated 2021 as the Year of the Constitution of 3 May and Mutual Pledge of the Commonwealth of the Two Nations.

May 3 is an important national holiday in Poland. In Lithuania, the date is celebrated more modestly as some say that the Constitution reduced the independence of the Grand Duchy of Lithuania in the Commonwealth of the Two Nations.

Polish Prime Minister Mateusz Morawiecki is expected to pay a visit to Lithuania next week.

Prosecutor General Evaldas Pasilis has been selected as Lithuania's candidate for the position of a...