BNS
aA
A bunker-hideout used by Antanas Kraujelis-Siaubunas, Lithuania's longest-fighting anti-Soviet partisan, has been found in the country's Utena District, the Genocide and Resistance Research Center of Lithuania says. 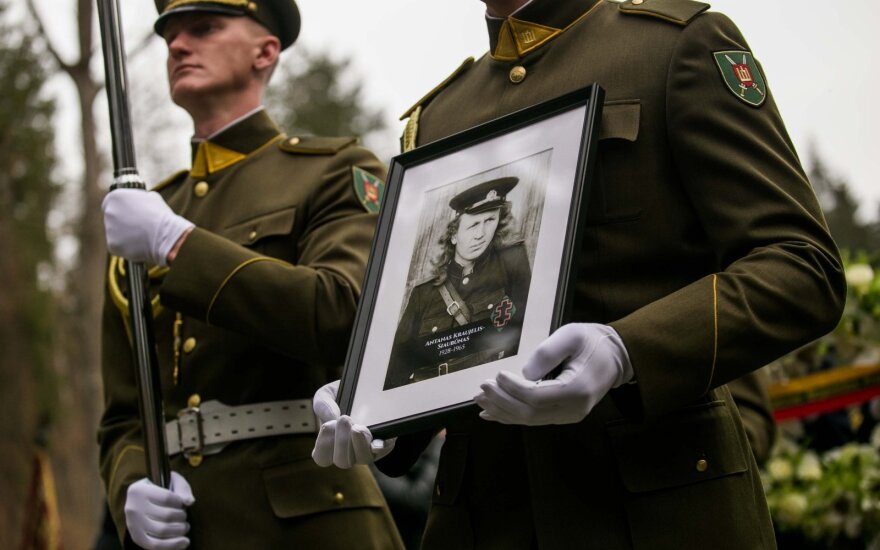 The hiding place was found in the village of Papiskiai, Utena District, northeastern Lithuania. It was the latest of the known partisan hideouts, built in 1960.

"The hideout is also unique it terms of another two features as its walls are not wooden, as it was done usually, but built from stones, therefore, the hideout's space remain unchanged," the center said.

It also noted that the building sequence was also unusual as the hiding place was installed first and then a bread-making furnace and a house was built on top of it.

The KGB found part of the hideout in 1965 when Kraujelis-Siaubunas was hiding there. Due to its uniqueness, the hideout's model was used as an educational instrument at the KGB higher school in Moscow.

The hideout was installed at a homestead owned by Antanas Pinkevicius who was married to a sister of Kraujelis-Siaubunas' wife. It was the partisan's last hiding place.

Kraujelis-Siaubunas went into the woods to fight the Soviet occupation in 1948 and was involved in partisan activities in the Aukstaitija (Highlands) region. He shot himself on March 17, 1965, encircled by KGB officers.

Archeologists had been looking for his remains for several decades. Kraujelis-Siaubunas' remains were found in June, 2019 at Orphans' Cemetery in Vilnius were the remains of partisan commander Adolfas Ramanauskas-Vanagas had earlier been found. The identity was confirmed through genetic tests.

Kraujelis-Siaubunas was buried at Antakalnis Cemetery in Vilnius in October, 2019.

Lithuania's armed fight for the restoration of independence took place since 1944 until 1953 but individual partisan resistance continued for many years afterwards.

The highway from Vilnius to the Latvian border will from now on be marked as "The Baltic Way " on the...