DELFI EN
aA
The newest sculptural highlight in the city is dedicated to the Blessed Teofilius Matulionis, writes visit.kaunas.lt. 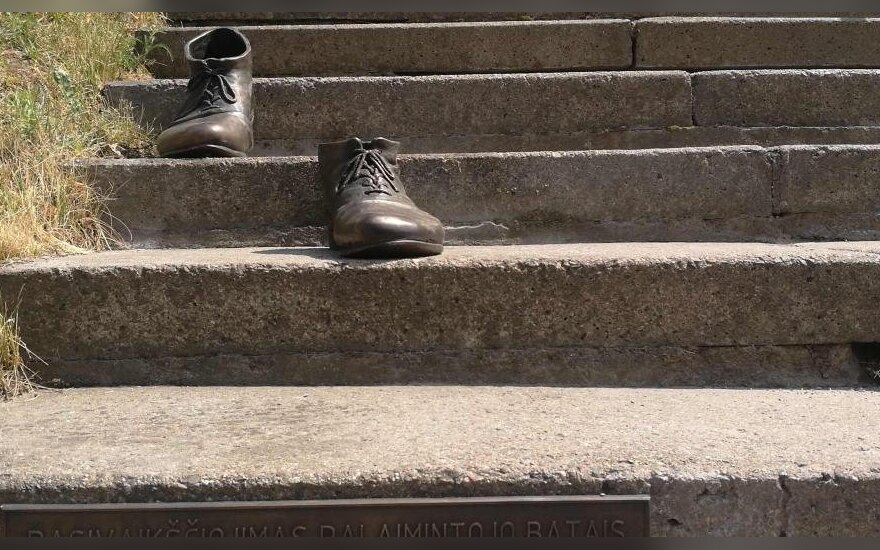 There are numerous reasons to visit the peaceful Benedictine monastery and St. Nicholas church in the northern part of Kaunas Old Town. Restored and reconsecrated in 1992, the complex is today kept by the Benedictine sisters. One more reason for a visit has recently appeared on the steps leading to the monastery. The bronze sculpture of shoes of Blessed Teofilius Matulionis, an inspiring historical figure, was funded by the “Kaunas Highlights” program run by the city municipality.

The author of the idea is Nojus Kiznis, who was a volunteer in the Lithuanian Military at the time it was approved by the municipality. This is where his mother, Edita Grudzinskaitė, stepped in and “A walk in the shoes of the blessed” became a family project. The family has been living in the neighborhood of the monastery for some 15 years now, and have always kept close relations with the nuns, so the legacy of Blessed Teofilius Matulionis is vital for them.

Related articles
5 reasons why Vilnius should be at top of your list of workation
Do not miss it: top May events in Kaunas

“I thought it’d be nice to tell a tale about the city and its people in an original way. The naturalistic approach is rather common for immortalizing important personalities. However, in this very location near the monastery, it’s the invisible steps of Matulionis that can actually be felt – we placed the bronze shoes to express their movement,” says Nojus, who’s currently a culture history student.

“Before his death, Matulionis assured that good will win against evil, the day of freedom will come, the people will be able to pray and enjoy life in peace; he also asked to congratulate free Lithuania and its people on his behalf. This sculpture is a symbolic gesture doing exactly that, and the invitation to try on the shoes of the Blessed is a reminder that we’re all here to stand for each other and we’re all capable of doing something that will make our planet a better place,” adds Edita, who’s the CEO of Magnum Mysterium company. 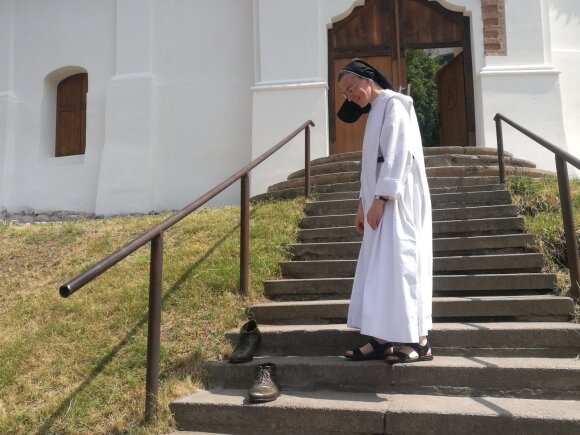 The creators of the new sculptural highlight agree that it’s essential to not just erect sculptures but fill them with stories that would attract visitors. People all around the world love places and objects that bring good luck – for example, in Laisvės alėja, the axis of downtown Kaunas, it’s popular to grab the finger of a bronze statue of Danielius Dolskis, a famous interwar singer. In Telšiai, a city in northern Lithuania, people touch the nose of a bear, while the residents and visitors of our harbour city Klaipėda hold the hand of a girl who’s sending an air kiss. Meanwhile, people of Vilnius have a lucky belly to rub. The shoes of Teofilius Matulionis will most certainly bring the blessing from the sky for everyone who tries them on.

Blessed Teofilius Matulionis (22 June 1873 – 20 August 1962) was a Lithuanian prelate of the Roman Catholic Church. In the 1940s, when he was serving at the St. Nicholas church, the humble man helped to save Jewish kids from the Kaunas ghetto. He was consecrated a bishop in secret and spent most of his years as bishop in prison. His death was likely due to poisoning by officials of the USSR. Pope Francis approved his beatification on 1 December 2016, and it was celebrated in Vilnius at the cathedral square on 25 June 2017.

When someone mentions the term workation , most picture an office team heading to an exotic island...

Do not miss it: top May events in Kaunas

Folk music, classical music, contemporary art, block parties and beyond. All in one month!...

Birthdays, bachelorette and bachelor parties, as well as any personal or business occasions, can be...

A statue of Lithuanian poet and diplomat Oscar Milosz (Oskaras Milasius in Lithuanian) has been...