BNS
aA
A five-part historical drama Tokyo Trial that has been filmed in Lithuania was nominated for an Emmy award in the category of mini series. 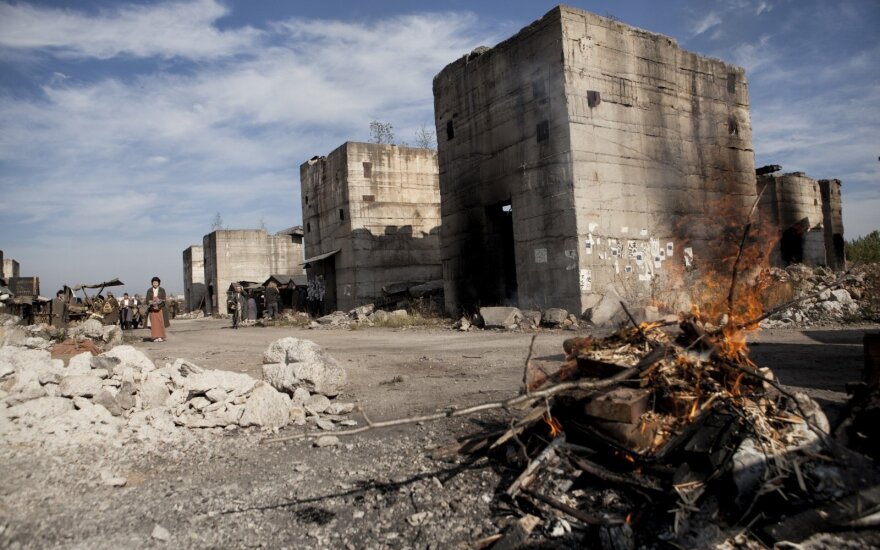 Filmed in Lithuania by a crew from Canada, Japan and the Netherlands, Tokyo Trial this year competes with another three series developed by Brazil, France and Great Britain. The official awards ceremony is scheduled to take place in New York on Monday.

The series was created by directors Pieter Verhoeff and Rob W. King, with shooting and other work in Lithuania organized by a Lithuanian company, Artbox. Producer Kęstutis Drazdauskas told BNS that entire series had been filmed in Lithuania, with the exception of a few minor episodes.

"There were many decorations, as the drama is staged in Tokyo in 1946: we were filming in pavilions in Vilnius, the Vilnius University's Botanical Garden, the Ciurlionis Museum in Kaunas and a few other locations, including Didžiasalis. We needed views of Tokyo after bombardment: in Didžiasalis we found a derelict factory, added our elements and brought ancient equipment," he said.

In Drazdauskas' words, the story tells about a War Tribunal established in the capital of Japan after World War II – a Japanese version of the Nuremberg Tribunal.

The series premiered on the Netflix online television last year. A month ago, a Dutch production of a film was presented. The film features a number of Lithuanian actors, including Kęstutis Jakštas and Gabija Jaraminaitė.

Lithuania is an attractive destination for those foreign filmmakers who come here seeking not only...

Over a hundred films from Europe and beyond will be screened during the 15th European film forum...

The fifth edition of the Baltic Pitching Forum is set to take place in Vilnius, Lithuania on 6th and...

Frost by Š. Bartas selected to compete for the Academy Award

The decision was taken by the Lithuanian committee of the American Academy of Motion Picture Arts and...

Most Roman Catholic churches in Lithuania will reopen to public worship next Wednesday, the Church...

Vilnius University has called international competitions to fill free academic positions as it is...