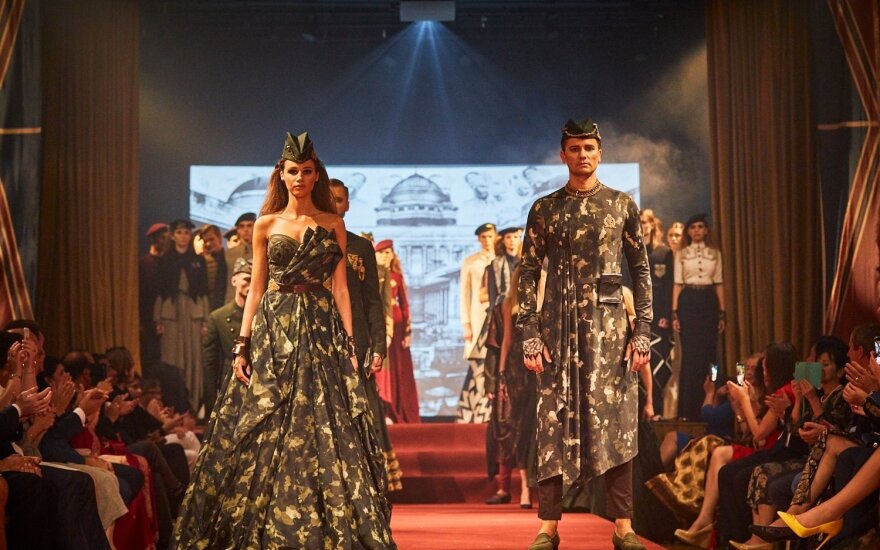 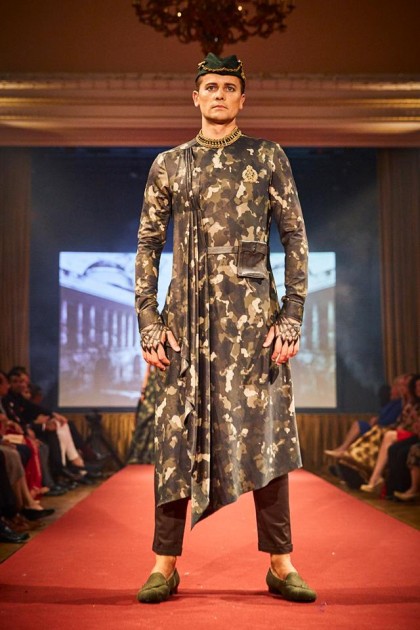 Collection „The Regiment" was presented by famous figures from entertainment and culture spheres in Lithuania. One of them, the ballet primary Nerijus Juška, is familiar with military costumes, stylized uniforms as he wore them on stage when performing roles of princes or kings. In addition, in his free time, N. Juška likes training of shooting from various weapons and he goes there wearing proper military clothing. About the military-style "Shantanu & Nikhil" collection presented in Vilnius, N. Juška said: „I felt great wearing this style of clothing. In my opinion, militaristic style clothes and accessories are really suitable for a fashionable, modern man for his casual outfits or even to get dressed for occasions. One of my friends who is a military officer was wearing a military-style suit tailored to him by a designer at his wedding and looked spectacular." 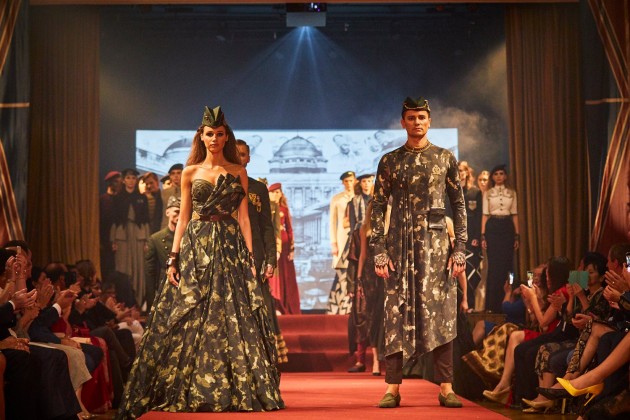 "Shantanu & Nikhil" fashion house was founded in the year 1999 by brothers Shantan Mehra and Nikhil Mehra. Today, it is a trademark with a range of loyal customers among whom – celebrities of India. Moreover, "Shantanu & Nikhil" brand every year gets more and more recognition on the international high fashion platform. The distinctive characteristics of the Indian designer duo's brand are the modern functionality combined with traditional accents. 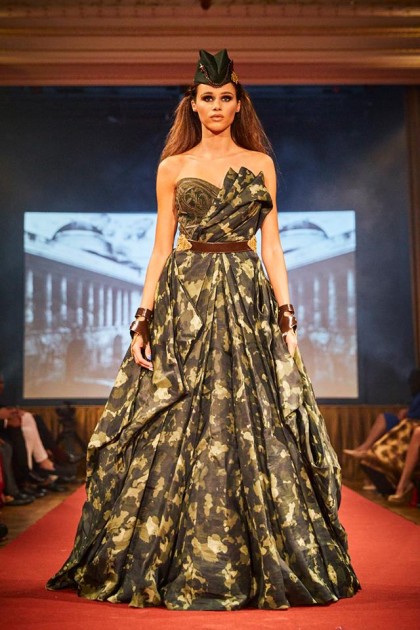 The public relations expert and the executive producer of the 70th Anniversary of India's Independence event Alkas Paltarokas was fascinated by the collection presented by the Indian fashion designers "Shantanu & Nikhil". He told: „This collection is special not only because of its highest craftsmanship and impeccable silhouettes – it draws inspiration from the Indian armed forces and praises such values as Courage, Valor, Patriotism. "The Regiment" perfectly complimented the spirit of nationality and pride that was prevailing in the 70th Anniversary of India's Independence celebration. 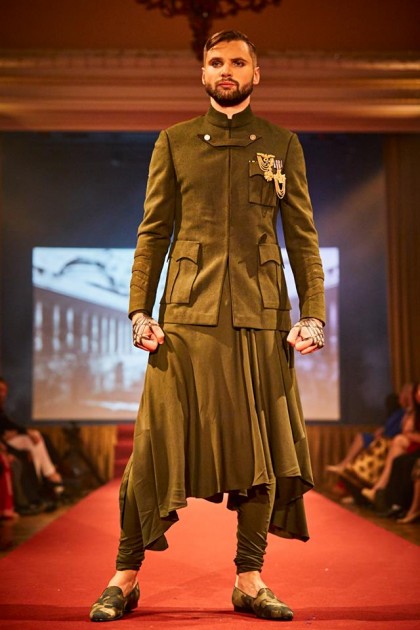 Image designer Deimantė Kazėnaitė also complimented flawless silhouettes and refined, militant-style accents of "The Regiment" collection by "Shantanu & Nikhil". She was also very happy that during the fashion show she got the change to wear the "Shantanu & Nikhil" dress that she fell in love with from the very first sight. 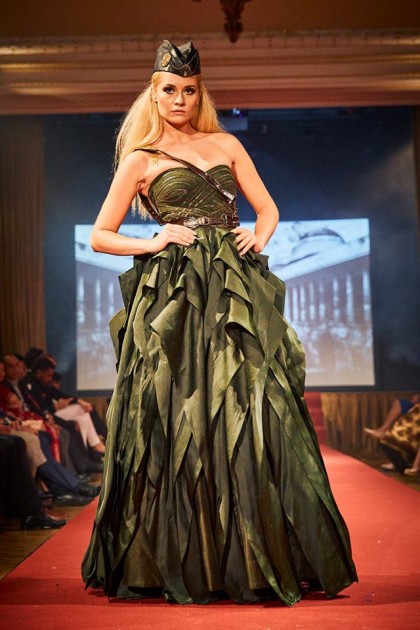 Models of "The Regiment" collection not only radiate heroism, discipline which is very common within India's armed forces, pride in serving the country and a sense of commonality and nationality – slightly androgynous patterns combine masculinity and femininity, rigor and softness to create the image of a strong and independent woman. 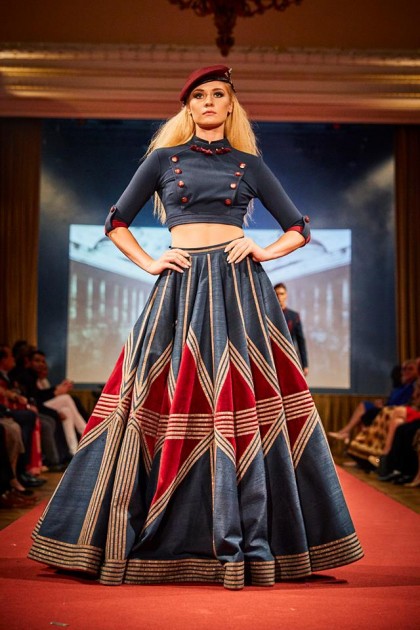 "Since I am taking part in the National Defense Volunteer Forces, this collection left an excellent impression on me, - told former Miss Lithuania Rūta Elžbieta Mazurevičiūtė. – Apart from the fact that all models of the collection are very stylish, of the highest quality and unique because of the included traditional Indian details, the collection also underlines respect for military uniforms, patriotism, the pride of serving the country. Looking at the pictures of the post-war times, I always admired the freedom fighters of Lithuania who, even under difficult conditions of occupation, fought with the neat uniforms of the Lithuanian Armed Forces that seemed very stylish to me. I think that the most important message presented by the collection of "Shantanu & Nikhil" during the 70th Anniversary of India's Independence celebration in Vilnius is a collaboration between two countries, two cultures through fashion and a similar history of the journey towards the Independence."

On Thursday evening a solemn celebration of 70th Anniversary of India‘s Independence took place in...

U. Kasera on the celebration of the 70th anniversary of India's independence in Vilnius

Jurgis Didžiulis: ‘To me, yoga is an art of self-improvement’ (1)

On May 21, ‘Yoga for Everybody’, a public presentation of the International Yoga Day, took place...

On Tuesday, 337 new COVID-19 cases were detected in Lithuania. In total, the country has already...

President: Lithuania is ready to do everything to ensure maximum deterrence effect (1)