the Lithuania Tribune
aA
Lithuania's Ministry of Foreign Affairs and 16 embassies have made a joint statement, expressing support for Baltic Pride. 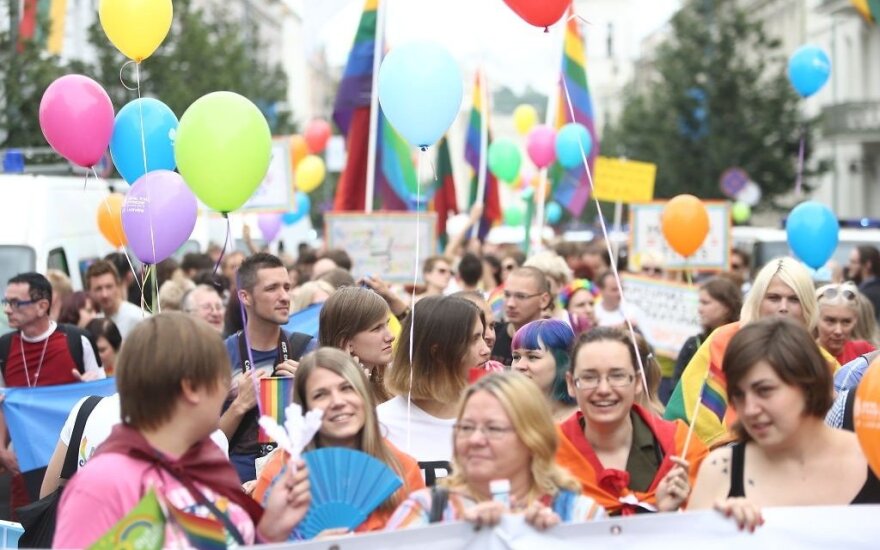 On the occasion of the Baltic Pride 2016, which will take place in Vilnius on June 18th, 2016, we express our support for efforts to raise public awareness of the issues affecting the Lesbian, Gay, Bisexual, Transgender and Intersex (LGBTI) communities in the three Baltic States.

In this regard, we reaffirm the inherent dignity of each individual as expressed in the Universal Declaration of Human Rights. Human rights are universal and apply to all, regardless of sexual orientation, gender identity or expression.

Respect for these fundamental values, which are also enshrined in the framework of the Council of Europe and the European Union as a community of values, obliges Governments to protect all citizens from violence and discrimination and to ensure they enjoy equal opportunities. For this, we need to keep working together to create an environment of tolerance and acceptance.

We pay tribute to the important work of the LGBTI communities in the Baltic States, as well as the work of all those in government and outside who seek to ensure Human Rights for LGBTI persons and end discrimination on the basis of sexual orientation or gender identity.

LGBTI rights are human rights, which everyone should support and respect.

and the Ministry of Foreign Affairs of the Republic of Lithuania.

Aistė Asmontaitė-Bartasevičienė of the Dutch Embassy said the letter was sent to all the embassies in Lithuania with an invitation to join.

No response was received from the embassies of Poland, Hungary, Romania and Greece, she said.

Representatives of these embassies confirmed they received the invitation to join the statement, but refrained from comments on the reasons behind their refusal.

"The embassy believes it is not necessary to make statements on the matter," a representative of the Hungarian Embassy said.

Romania's embassy had pledged to give its answer to the organizers, but was not available for comment to BNS before Tuesday. Diplomatic missions of Poland and Greece did not elaborate on the resolution and the event, but the Greek embassy stated support for LGBTI rights.

Concern for safety at Baltic Pride in Vilnius after Orlando attack

Baltic Pride festival and march to be held in the centre of Vilnius next week is aimed at increasing...

The Lithuanian Health Ministry plans to take steps to ensure that transgender people have access to...