EN.DELFI
aA
On June 13, Eglė Vertelytė’s debut film Miracle – first screened at the Toronto International Film Festival – was awarded the Silver Crane (Sidabrinė gervė) for the best feature film of the year at the 11th Lithuanian Film Academy Awards. Vertelytė also received the prizes for the best writing and directing, while the award for the best acting went to Eglė Mikulionytė who appeared as the lead actress in the Miracle. 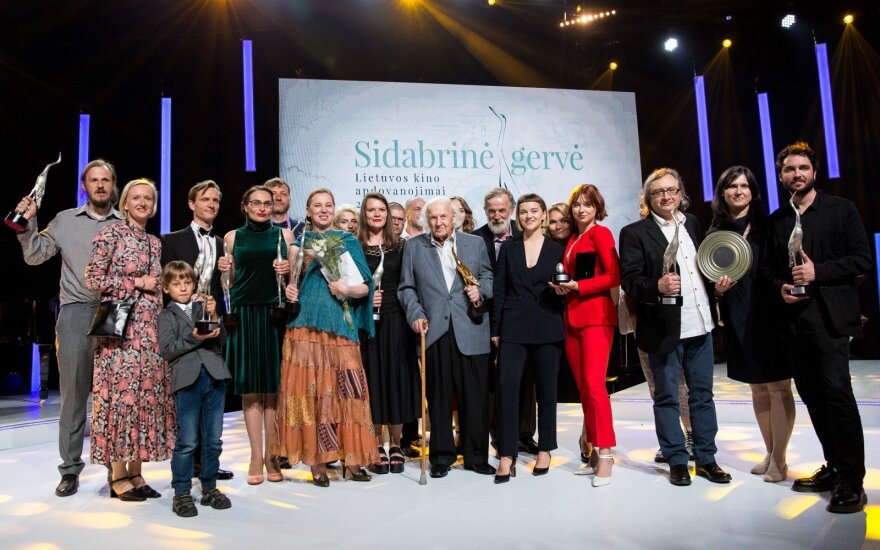 Vertelytė's tragicomedy Miracle which transplants the viewer back to the first years of independence from the Soviet Union has already gained international acclaim. It has toured a dozen or so festivals and is currently distributed in France, the USA, and a number of Asian countries, the Lithuanian Film Academy Press Office wrote in a press release.

Wonderful Losers: A Different World by the Lithuanian filmmaker Arūnas Matelis – recognised the best documentary at the international festivals of Trieste, Warsaw, and Minsk – received three trophies back home too. The author of the film co-produced by eight countries was awarded the Silver Crane for the best documentary as well as the Audience Choice prize, while Alberto Lucendo from Spain who wrote the original score for the film was announced the composer of the year.

Last year Laurynas Bareiša's short film By the Pool received its world premiere at the Venetian Film Festival, while this year it was awarded the Silver Crane for the best short film.

Mindaugas Survila whose documentary The Ancient Woods captured the audience at the International Documentary Film Festival in Amsterdam received the award for the best cinematography, while the sound editors of the film Saulius Urbanavičius and Jonas Maksvytis were acknowledged for their professional work.

This summer Giedrė Beinoriūtė's film Breathing into Marble will be premiered in Karlovy Vary International Film Festival. So far the youngest nominee of the national film awards Joris Baltrūnas was awarded the Silver Crane for the best supporting role in the film.

Before the ceremony, the guests including celebrated filmmakers such as Krzysztof Zanussi, Sergei Loznitsa, Audrius Stonys, Giedrė Žickytė, Sharunas Bartas, Kristijonas Vildžiūnas and Arūnas Matelis, voiced their support for their Ukrainian colleague filmmaker Oleg Sentsov who is currently suffering an unjustified imprisonment in Yakutia, Russia. This was done in unison with the European Film Academy's efforts to free the innocent filmmaker.

Meanwhile, the women of the Lithuanian film community followed the example of the Cannes Film Festival and took a group picture representing the unity of all women against discrimination, violence and sexual harassment, as well as their common aspiration towards equal rights.

All of these events as well as the national and global recognition of debuting filmmakers signals a promising future for the Lithuanian cinema marked with positive change.

The winners of the Silver Cranes at the Lithuanian Film Academy Awards 2018:

The Lithuanian Film Academy founded in 2010 gives out the annual Silver Crane Awards to foster Lithuanian film culture on both national and global scale.

The name of Lithuania will be reiterated louder than ever at this year’s Karlovy Vary International...

Lithuanian cinema and documentary thrive in first half of 2018

Over the first six months of this year, national cinema in Lithuania has seen a significant rise in...

The intrigue of The Walking Dead season 9: who will be the new leader?

With the new season of The Walking Dead just around the corner, its producers are promising the fans...