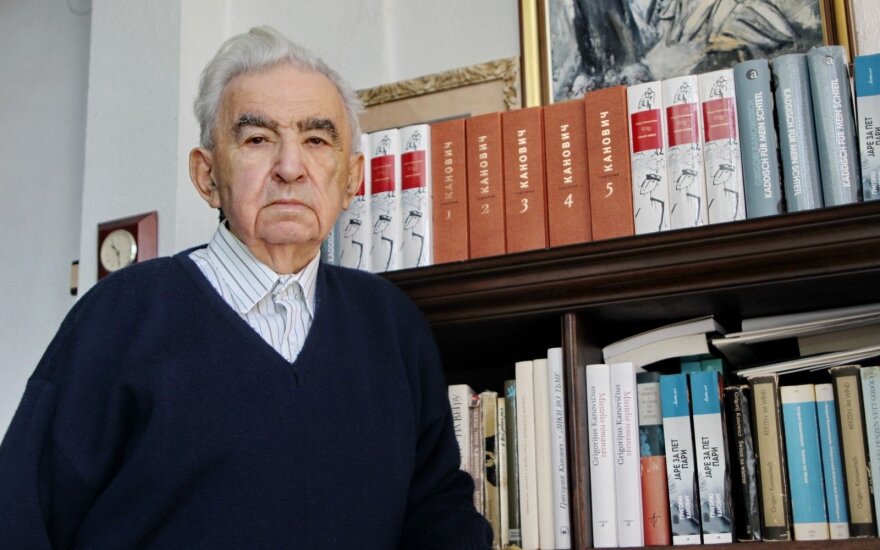 Kanovich's novel appears on a long-list featuring luminaries like Russia' Boris Akunin. The prize is worth €20,000 and is split between the writer and the translator.

Devilspel was published in 2019 to positive reviews in the English speaking world.

The Irish Times commented that Devilspel was ‘Powerful, demanding and at times transcendent, the novel asks the reader to not only engage with the concept and experience of suffering, but to embrace it, and the human spirit’s capacity to overcome it. ‘

The Jerusalem Post called the novel ‘dramatic and heartbreaking’. Neville Teller went on to write that the novel was, ‘a remarkable literary work, [that] appeals to both heart and mind. For anyone who wants to understand how past generations of millions of today’s Jews spent their lives, it is required reading. ‘

‘Devilspel is horror with a light touch’ the Jewish Chronicle noted, while Dr Paul Socken wrote in the Jewish Telegraph that ‘If Shtetl Love Song is a paean to a lost world, Devilspel is, as the title suggests, a darker vision of that same world. It is as if the loss and the pain had been internalised.’ He added, ‘Shtetl Love Song and Devilspel will no doubt constitute an important part of the literary canon of eastern European and world literature and stand as a lasting legacy that readers everywhere will reflect on for generations.’

Lithuania will this week attend the Beijing International Book Fair in China , its first ever...

The Lithuanian reader’s choice Books of the Year for 2015 have been announced with Dalia Staponkutė...