Media Briefing
aA
“For the Western reader who has no background knowledge all that seems to be happening is that crazy Belarusians arguing with crazy Lithuanians. The reader sees no difference between the two. . There’s no point in arguing with ‘idiots’ but you can still make your point known without getting angry. In Lithuania they do say however that there are lots of truths and that’s nonsense. The truth is one thing but there are lots of opinions” – that’s what Lithuanian Institute of History scholar Dr. Stephen Rowell says. He together with his colleague Dr. Darius Baronas are were awarded the 2016 Lithuanian Science Prize for their monograph “Lithuania’s Transformation: Pagan Barbarians become Christians of the Late Middle Ages” which has been published in English. 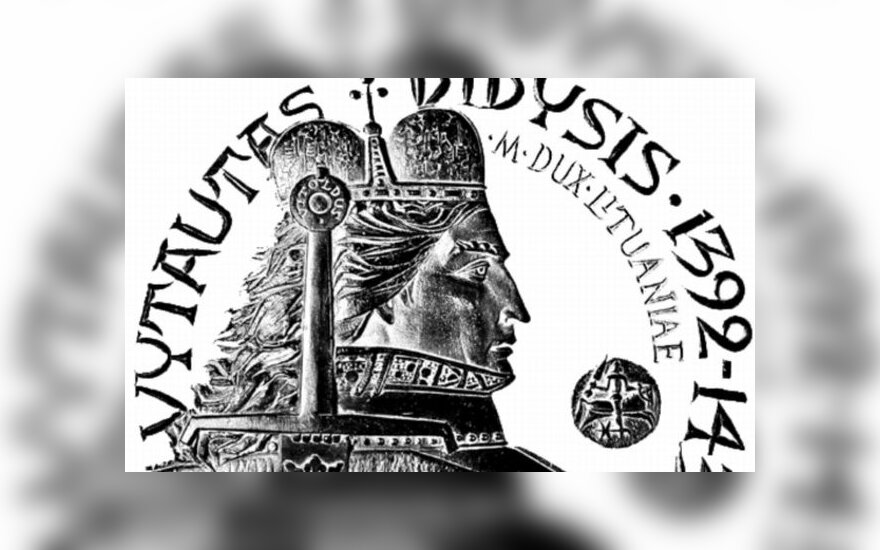 During a discussion in a lecture called “In search of Lithuanian Civilisation” at the Lithuanian Academy of Sciences, you joked that just by writing your name in full in five minutes Stephen becomes Stiopa. Is that one of the features of interaction which you’ve come across after almost 25 five years of living in Lithuania. Alfa.lt asked?

I don’t know if that’s a reaction to the Soviet way of doing things although Americans also have a certain way of interacting. Everything is familiar as long as there’s nothing serious which is when Stiopa very quickly reverts to Rowell” he says answering in Lithuanian.

It seems to me that addressing people by names is a checking mechanism. Familiarity is not necessarily about being friendly. It’s not only in Lithuania that it happens, it’s typical of today’s world. If you interact without familiarity you come across as cold and unwilling to interact with people.

You came to Lithuania just when independence was restored. The first thing you did was lecture at the University of Klaipeda. How was integrating not only into the academic but also in to the local society? Do you now feel at home here?

They were normal people, I gave lectures and there were some problems with personal relationships. If don’t incessantly remind me that I’m a foreigner I feel normal.

Did Lithuania interest you as some nonexistent or half-forgotten part of Europe? Today Dr. Baronas mentioned that the British Polish historian Norman Davies’s book Vanished Kingdoms: The History of Half-Forgotten Europe which spreads Belarus propaganda, your colleague rand the alarm bells encouraging a reaction. Is the best reaction a reply with academic books in English?

It’s a book about kingdoms that no longer exist. For example, Burgundy. In the 15th century the Kingdom of Burgundy was very important. Now it’s just a place where the French make wine.
In his book Norman Davies states that Lithuania used to exist but doesn’t anymore. More precisely, the fact that contemporary Lithuania is not “that” Lithuania but rather a Belarus state as the writer states „ Lithuania Ascending: A Pagan Empire within East-Central Europe, 1295–1345, and translated by Osvaldas Aleksa into Lithuanian)“.

For me there’s no point in arguing with “idiots”. They don’t listen anyway and their own opinions never change. For the Western reader who has no background knowledge all that seems to be happening is that crazy Belarusians arguing with crazy Lithuanians. The reader sees no difference between the two.

It’s better to disregard it but you can still your point known without getting angry. The best is to speak in academic language. In Lithuania they do say however that there are lots of truths and that’s nonsense.

The truth is one thing but there are lots of opinions

The historian Darius Baronas mentioned that in archives in Lithuania, Italy and Poland there’s a whole lot of historical stuff that’s been found and which you call “garbage”.

I have accumulated a base of discovered “garbage” from archives but I only call it that because it was ignored up to now. I looked for certain material for the monograph which could reflect daily life in post-baptism Lithuania; on the basis of my findings the historian Stephen Rowell came to the conclusion that the society of the Grand Duchy of Lithuania in the 15th to 16th centuries was typical of the society of Eastern European states.

Nobody paid much attention to the letters of indulgence. An indulgence is in essence church trickery that encouraged people to do what they nevertheless had to do. Do you want an indulgence? There are conditions, the main one being that you must have made confession and taken communion. Excuse me, but but that was something a person had to do.

Reading indulgences is boring but I was interested in how piety spread in various layers of the society in its different layers. An indulgence letter is hardly a state agreement or Letter of Gediminas. Stephen Rowell researched this activity in the Grand Duchy of Lithuania and about which no academic article and book has ever been written.

It’s a regular banal letter but it can tell us something about the society of that time. Let’s suppose it indicates that during mass such and such a prayer must be said. When I took a look at it, it became apparent that this prayer was at that time the latest in Rome, France, Poland and Lithuania. The Lithuanians adopted this innovation at the same time as others.

The opening up of the country to another religious problem is the fact that there isn’t exactly a story to the effect of – oh ok, I’ll never again sacrifice a chicken to Perkūnas. Everything changes – the legal system, special rules. It was interesting for me that they actually started to accept them.
When Vytautas and all the other noblemen are standing there in Vilnius Cathedral, it’s woops, Valmantaitis can’t come it as he was excommunicated because of his first divorce. That was always something serious; He becomes an outcast. Later in the 15th century people of that rank no longer wanted to risk their positions and accepted the rule.

“I am like a fish swimming along the river bed and sucking up everything”. How is it that a young man from South England is so interested in pagan and Lithuania of the Middle Ages?

When I was a student I studied the languages, literature and history of the Middle Ages. I was interested in Old Russian history and the times of Ivan Kalita. When I was researching Latin texts I found out about Gediminas and his letters and what interested me was how he maneuvered in both the Latin and Russian worlds. That’s why I wrote a dissertation about him.

That “non-existent” or “half-forgotten “country as the British historian wrote had a hold on you?
When I started getting interested in Lithuania, it was completely forgotten in the West. It sounded like some country out of an American soap opera. Sort of like Moldova.

You and your colleague were awarded the 2016 Lithuanian Science Prize for the said monograph on pagan Lithuania becoming a Christian state. Was it worth delving into this topic?

I personally liked that topic because I studied all of the necessary languages and I like to work like a rat in the archives even though on certain levels in Lithuania it was no longer the thing to do. It’s better to talk and not read.

When you read sometimes you find sources which at first sight seem innocuous. Often it is said that church bureaucrats carted everything off to Poland and that there’s nothing left in Lithuania’s archives. Then you find a bishop’s certificate regarding such and such a person who was ordained as a deacon. There aren’t many like that especially ones dated 1452 and issued by Jurgis the archbishop of Žemaitija.

Is it important not to get lazy and search patiently for them?

Don’t get lazy but still all about luck. Bureaucrats say Oh people will go to that archive and find this and that and they don’t find anything. He doesn’t spend state money like that. It’s like fishing. You never know if you’ll have a good catch or nothing. You can search for months and not find anything.

Have you been lucky?

Sometimes times yes but only because I swim like a fish that sucks up everything form the river bed. It’s then that you have to sift through a lot.

When I found thirty lots of documents from Lithuania I needed to look through several hundred manuscript pages. If you don’t find something by chance, if the archivist had given me the wrong first four books from which two had Lithuanian material I would have thought that there’s nothing there. For this reason that out of fifty books in 35 there is absolutely nothing that concerns Lithuania.

In which languages do you research the archives? How long did it take you to learn Lithuanian which you read, speak and write?

I do my research archives mostly in the Latin, German, Russian and sometimes in Polish. Yes I do write in Lithuanian but I need an editor (there is lots that needs editing).

When I arrived at the University of Klaipėda, I spoke mostly in Polish with my colleagues. After three months I needed to give lectures in Lithuanian as there was no other choice. Whether the students understood or not is another matter, - and here the doctor of humanities Stephen Rowell working at the Lithuanian Institute of History in the Department of the History of the Grand Duchy of Lithuania, laughed.

When people want to understand they can and when they don’t nobody can help them.

Academic explains why foreigners find it difficult to learn Lithuanian (4)

Every speaker of Lithuanian has no doubt heard that Lithuanian is one of the oldest languages in the...

The summer is going to be hot for Mėnuo Juodaragis , the festival of alternative music and modern...

Kernavė’s thunder God Perkūnas – the Leg of a Church Candlestick

A bearded, long haired man with an austere face that is depicted by a 12 cm bronze sculpture is the...