(2)
BNS
aA
Lithuania's Law on State Language needs to be amended and adapted to the existing reality, linguists say, adding that the state needs to learn side-by-side with the English language. 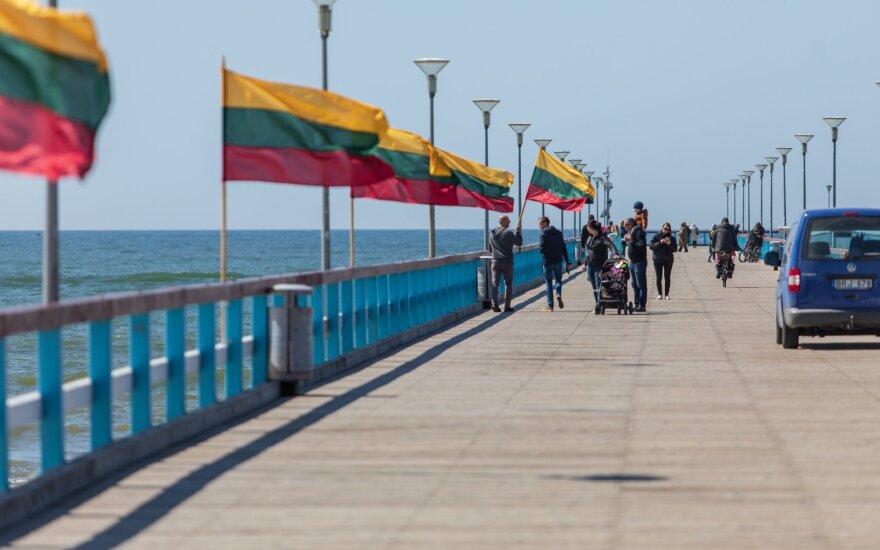 "We can be glad with (the existing – BNS) law but it was created at a time when there was no normal Internet, websites, as well have now, and short messages," Donatas Smalinskas, deputy head of the State Language Inspectorate, told a press conference on Friday. "Can we demand something that's not in the law?"

Smalinskas also expressed regret over the fact that politicians have so far failed to consider the new version of the Law on State Language, produced by a working group back in 2006.

"It covers all language areas, considers everything, and it's put on every Seimas' agenda but eventually stays there," he said.

"We need to learn live with the English language as it's pushing its way to every area it shouldn’t be," he said. "We once again have to agree that the Lithuanian language is the only state language in Lithuania, and discussions on some second state, auxiliary language, about regional state languages should be ended. Neither the Constitution, nor any law envisages that, and, in my view, that cannot be," Antanaitis said.

Courts of various instances have adopted several decisions on the spelling of the names of Lithuanian citizens using non-Lithuanian letters.

Antanaitis said the Justice Ministry should have already drafted name spelling recommendation. Moreover, there's a plan to once again turn to the Constitutional Court of the spelling of personal names.

The Friday press conference was held as 25 yeas ago, on Jan 31, 1995, the existing Law on State Language was adopted which has been in force ever since. It states that the Lithuanian language is the only state language in Lithuanian and must be used at state and municipal institutions, in officials documents, films should be translated in to the stated language or have Lithuanian subtitles etc.

Vilnius municipality to give answers in four languages

Ensuring even smoother and more accessible services to all residents of Vilnius, the City of...

Baltic Summer University organisers have decided to use this time to explore the opportunities to...

Documents of Lithuania's interwar Foreign Ministry have been returned to the Lithuanian Central State...